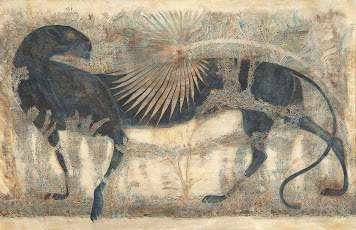 Merab Abramishvili (1957 – 2006) was a Georgian artist I never heard of until today but loved the moment I saw one of his paintings. Which was this one, Black Panther, 2005. 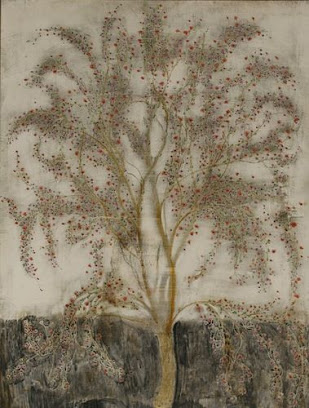 Abramishvili's father was an art historian  and an expert on the traditional painting of Georgia's medieval churches. That is one of the influences I see here, along with Ottoman miniature painting. Beauty Will Save. 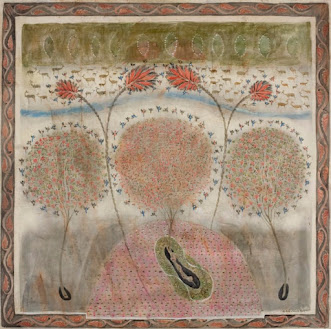 Some of the critics say that Abramishvili's art is essentially about paradise: our life there, our expulsion, our seeking of its echoes in our own world, and our eventual return. This is one of several painting he titled Paradise. 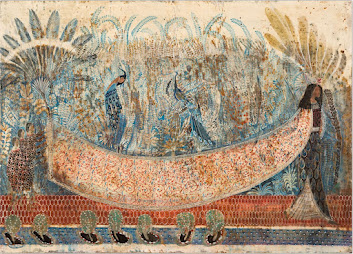 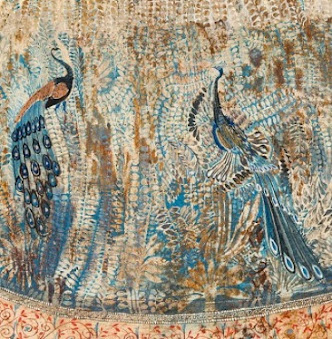 Abramishvili once said, "My work is about finding peace in this world." Semiramis. 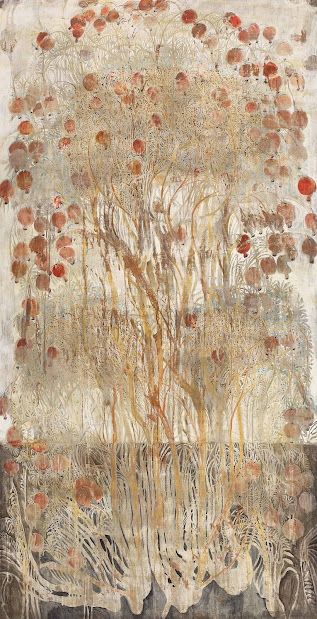 Most of the work you will find online was completed late in his career, after 1999, so we lost a lot when he died before he turned 50. Pomegranate, 2003. 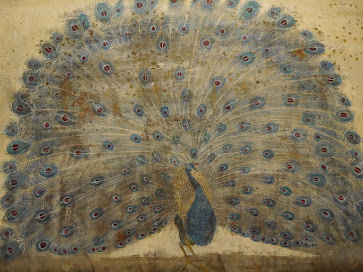 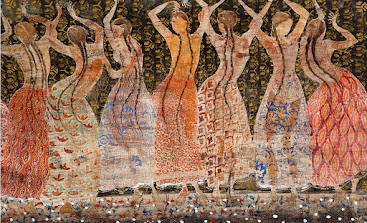 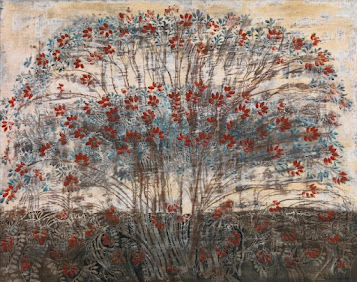 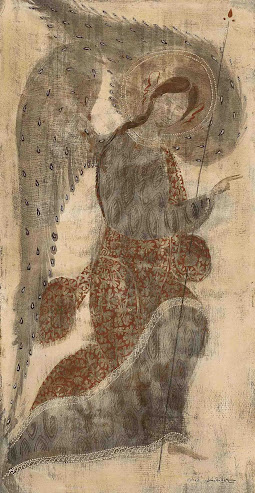 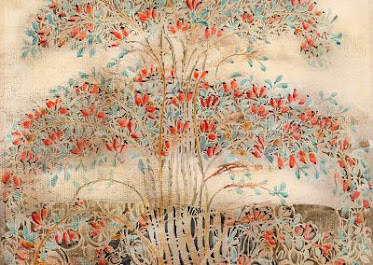 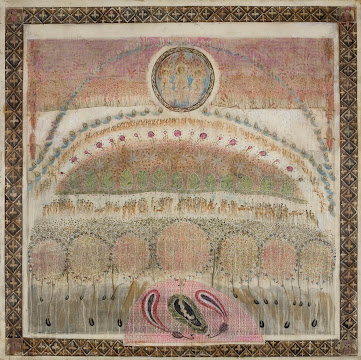