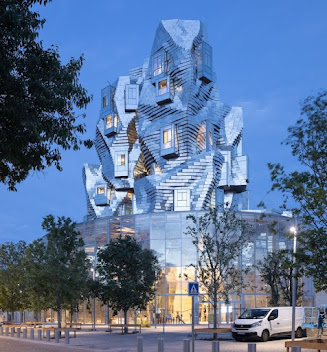 LUMA Arles is an attempt to make the small French city of Arles cool by leveraging the one famous thing about it, its connection to Vincent Van Gogh. It is supposed to be, to quote its own propaganda,

A place of life, culture, exchange and recreation, Le Parc des Ateliers of LUMA Arles is an interdisciplinary creative campus where exhibitions, conferences, live performances, architecture and design are presented. 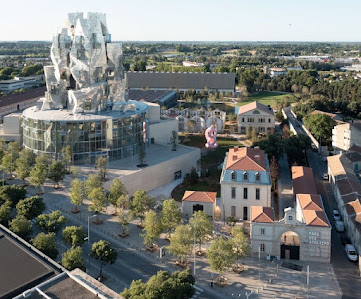 The idea is one that has been tried around the world, using art to turn a "post-industrial wasteland" into a hip, happening space that will draw people downtown. Of course, this only works sometimes. 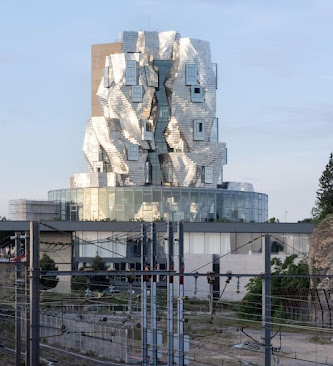 To raise the odds of success, the promoters have engaged a raft of big name architects to design the buildings. Frank Gehry designed the newly opened centerpiece, which is known as "The Tower." 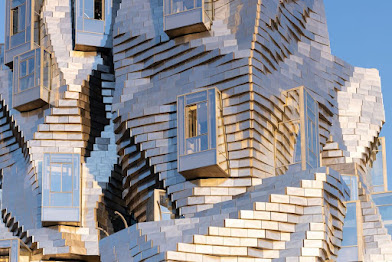 Gehry said the design is supposed to look something like a Van Gogh painting, and I guess I see that. Impressionism in stainless steel. It is also supposed to evoke the nearby mountains, which I don't see at all. 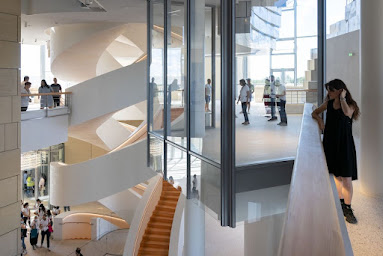 Perhaps you are wondering, what is this strangely shaped building for? A glance into the interior shows a lot of vacant space. Again according to the LUMA Arles web site, "The Tower consists of various multi-purpose public and private spaces, from exhibition halls to work rooms and event venues." It has a small theater, exhibit spaces, a cafe. 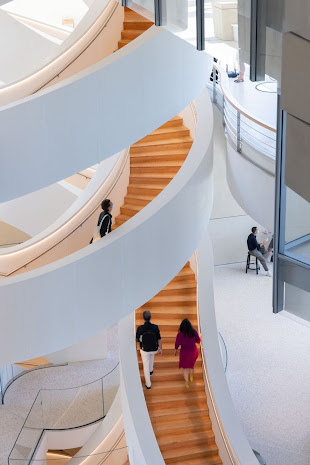 Still, from these pictures the place looks like an exercise in spatial inefficiency. But is this space wasted? Non, mon amis, to ask that is to misunderstand the mission here. This building was built to be cool. Its bold strangeness draws attention. The work of the place, all that living, recreating, and exchanging ideas, goes on elsewhere. This is not a building, but a focal point. I imagine it will serve that purpose fairly well.
More photos at My Modern Met.
Posted by John at 8:47 AM

Like much of modern architecture, it utterly ignores the sensibilities of the architecture and landscape around it, and to my eyes is more of an eye sore than a focal point. Why must modern architecture be so dehumanizing? At no point in looking at such a building does one feel spiritual renewal or communal fellowship.

"Dehumanizing" is a pretty extreme view to take on a matter of aesthetic preference, methinks.

Also, "at no point ... does one feel spiritual renewal or communal fellowship" seems a rather narrow-minded view, no? You speak for everyone, when you are only qualified to speak for yourself.

(Also... even if you could speak for everyone... is "spiritual renewal" or "communal fellowship" something most people actually look for or remotely expect to find in a typical public building? This isn't a cathedral or church or other "spiritual" building - it's effectively an unconventional looking convention center.)