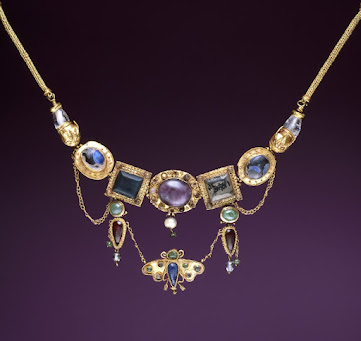 Scott Siskind reviews Martin Gurri's 2014 book The Revolt Of The Public, which explains the mostly leaderless, largely incoherent protests of the early 2010s (Occupy Wall Street, the Arab Spring, the indignatos in Spain, etc.) as a petulant outburst of middle class rage against the governing elite, predestined to accomplish nothing. How does all of this look in the post-Trump era?

Fighting about solar farms in Malta. First, the Environment Minister said no solar arrays can be placed on agricultural land, and now historic preservationists object to one being placed near one of the famous megalithic temples. Finding sites for solar and wind power is now the biggest obstacle to growth.

In the NY Times, a detailed account of how Israel used a remote-controlled, AI-assisted machine gun to assassinate Iran's top nuclear scientist, Mohsen Fakrizadeh, in November 2020.

The strange case of Frederic March, actor and civil rights activist whose name was stripped from university buildings in Wisconsin because he briefly belonged to a student organization called, apparently as a joke, the KKK. Local news story, article in Bright Lights, John McWhorter in the NY Times.

Ben Pentreath's summer, with photos of the Dorset garden and a trip to the Scottish islands.

The anxieties stoked in upper-class Europeans by the practice of using wet nurses.

The collapse of Chinese property developer Evergrande threatens ruin for families and small construction firms across China, triggering protests outside company headquarters and then a government crackdown on the protesters.

The threat to water supplies from illegal marijuana farms in the US west.

Here is a historical achievement of sorts: the most miserable, uniformly pessimistic take on contemporary writing and the broader culture that I have ever read.

Kevin Drum has the data to show that Millennials are the highest paid generation in US history, despite all you have read to the contrary.

To make an impact as an activist, take up a cause no one else is pursuing.

The street chairs of Cairo. Yes, people sit on these.

Google buys an office building in Manhattan for $2.1 billion and plans to add thousands of employees there, showing that 1) what our top companies care about is not low taxes but access to talent, and 2) that the housing crisis in our biggest cities is only going to get worse. (NY Times)

This week's music is Emylou Harris, who as a teenager performed on an outdoor stage a block from my office, an event two of my friends swear they witnessed: Goin' Back to Harlan, Wrecking Ball, Satan's Jewel Crown.

Fighting about solar farms in Malta. First, the Environment Minister said no solar arrays can be placed on agricultural land, and now historic preservationists object to one being placed near one of the famous megalithic temples. Finding sites for solar and wind power is now the biggest obstacle to growth.

No solar arrays can be placed on agricultural land? What rational justification could there possibly be for such a sweeping restriction?

It also means no solar panels on unused (or marginal) portions of agricultural lands that otherwise are not producing (or cannot produce) anything of value - small or irregular shaped areas of land between / on the edges of fields or pastures; areas of excessively rough or non-level terrain; canals or irrigation systems which could be built over / roofed over; fallow fields on which one could deploy mobile solar arrays for years at a time while the land rests; etc, etc, etc.

Kevin Drum has the data to show that Millennials are the highest paid generation in US history, despite all you have read to the contrary.

Oh boy, yet another disingenuous reliance on the median income of Millenials to try to suggest they're actually not economically disadvantaged! I'm sure this "data" is not at all skewed by the fact that there are is a handful of absurdly wealthy Millenials artificially driving up the middle point of the total number set!

Also, what are these "inflation" and "cost of living" things that Millenials keep grumbling about? I don't see what they have to complain about! Their raw numbers are so much higher than the ones the Baby Boomers had! They MUST be doing better! Still a far cry from the breathtaking opulence of Weimar Germany in the 20s, to be sure, but we're well on track for the average American to enjoy such wealth in future generations...

Dangit, part of my above argument is nonsense - I mixed up median and mean in my mind, foolishly.

That said, while median is potentially less biased toward inflating numbers via outliers than the mean is, it's still not exactly a great measure.

All the median tells you is what the "middle number" of a set is. It doesn't represent changes on either side of that middle position that do not cause the median itself to shift. For example:

Both sets have the exact same median, but they represent wildly different situations. Or consider this:

The exact same sets as above, except in the second set every number from the middle upwards was doubled, while the remaining numbers remained unchanged.

This in turn doubled the median, without the lower half of the set seeing any benefit - in fact, the lower values are now comparatively half as large when weighed against the higher values. The median alone increasing doesn't necessarily indicate that everyone is benefiting - it can, in fact, be a strong indicator of growing inequality (which is a well acknowledged and massively growing problem in present day America).

NEVER trust medians (or means) in isolation. There is so much more that goes into it than that - it's a gross oversimplification, and it is not to serve as the only foundation for any rational argument. You have to look at the larger picture.