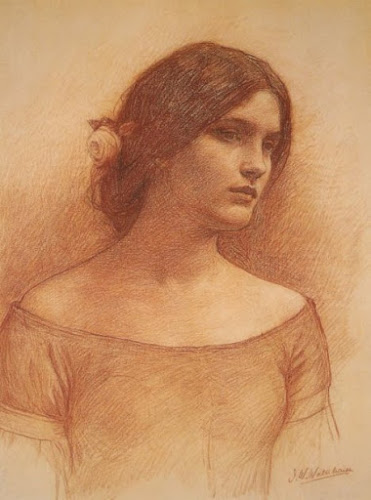 Flu cases in the US this year are running at about 1% of last year's level. So imagine how much worse Covid-19 could have been if we had taken no measures.

Here's an interesting plan to get homeowners to agree to new development in their neighborhoods: give them control over the process, including the right to charge as much as they can get for their approval.

Matt Yglesias on Scott Alexander/Siskind, his blog, and the Rationalists

Underwater Photographer of the Year winners.

In Brazil, everyone is taking cocktails of anti-Covid pills, but nobody knows if they work. (Washington Post)

Kevin Drum bemoans the proliferation of bad faith arguments in our discourse.

The massive influence of Japanese art in France, c. 1860-1900. Another indication of how Europe's ever increasing knowledge of the world inspired its own creativity. (NY Times)

Vox explains the "Free Britney Spears" movement, long article but then it's a tough topic; when is an adult not sane enough to be responsible for running her own life?

The Backchannel: famous old blog post from Freddie deBoer about all the left/woke people who agree in public with the latest explosion of outrage but write to him privately about their doubts.

What do men under 65 who have dropped out of the workforce do? 5+ hours a day in front of a video screen.

Those European glass beads found in Alaska are old, but probably 17th century and not pre-Columbus as the discoverers claimed. But still cool that Venetian beads made it to Alaska in the 1600s.

Interesting piece about Kaliningrad, a Russian enclave cut off from the rest of the country, that focuses on the never-finished brutalist disaster known as the House of Soviets. Some locals have come to love the ugly thing. (NY Times)

Is there a Planet Nine? Or could it be a small black hole?

When she was 15, Keira Bell decided she hated her body and wanted to become a man. She went to a clinic called the Tavistock Center, which gave her puberty blockers and male hormones; she also had a double mastectomy. At 23, she decided the whole thing was a mistake and sued the Tavistock Center for "not questioning" her 15-year-old self. Last month, she won her suit, with who knows what long-term consequences. She now says, "There was nothing wrong with my body, I just needed somebody to tell me I was fine the way I was."

She now says, "There was nothing wrong with my body, I just needed somebody to tell me I was fine the way I was."

Dysmorphia is a horrible thing for people to experience, and I'm wholly unqualified to have an opinion about it any direction at all, but what baffles me is the unevenness with the way we approach dealing with different kinds of dysmorphia.

There are people out there who have rare "body integrity dysphoria", a form of dysmorphia related to their limbs - their body feels wrong to them in the sense that feel they have too many limbs, and so they seek to get limbs amputated, and when doctors refuse to do so, they sometimes resort to self amputation or inflicting wounds and allowing them to develop gangrene in order to necessitate an amputation.

As far as I can tell, most everyone agrees that there's nothing actually wrong with the person's body, and that their issues are wholly mental, and that the appropriate response is mental therapy to help the person change how they feel about their own body. Our response to that kind of dysmorphia is to say, "Well, instead of changing your body to suit your expectations, let work on changing your expectations, because they're unrealistic and unhealthy and there's nothing wrong with your body.

And yet when it comes to sexual / gender dysmorphia (there's unfortunately conflation between the two, which complicates things), the approach is the complete opposite. We agree with the individual that there is something wrong with their body, and instead of working to have them adjust their expectations, we instead perform intensive surgery and hormone adjustments to make their body match their mental expectations.

What is the distinction at play here? Why do we have totally different responses for what are arguably simply two kinds of the exact same underlying problems? No judgement, just confusion, and a suspicion that part of the problem is cultural in the form of our messy gender norms more than it is biological or psychological. We have a clear double standard, and we seemingly haven't really examined why.

I do not know how successful therapy is for those who have body integrity dysphoria. But gender disphoria/dismorphia has yet to be successfully treated with psychological therapy.

The fault in this particular case lies in the poor evaluation of the young person's actual degree of disphoria -- its depth and genuineness.

I have known several transgender women (no men, simply by happenstance). Each of them has said the same thing: she has always known she was female. Note that it's being female that makes the masculine body wrong; it's not simply that the masculine body is "wrong" in some way (like the limbs in body integrity dysphoria).