A Mass Grave from Neolithic France 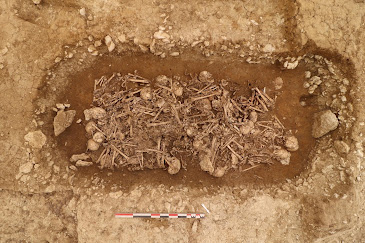 Last summer and fall, French archaeologists excavated a burial pit in the way of a new road near Saint-Doulchard in the center of the country. The pit contained about 40 skeletons and dates to between 3100 and 2900 BC. The bones are not in great shape but men, women, and children are present, not sorted in any particular way. The excavators think they were deposited over time rather than all at once, but they don't say how long that time might have been. 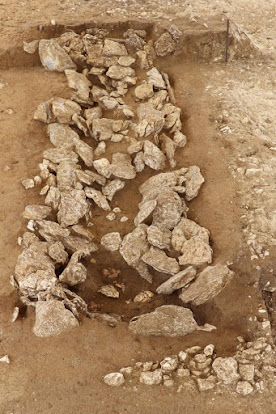 The pit measured about 13 by 6 feet (4x1.75m). There was originally a wooden structure over the grave, which was then covered over with a mound of stone. 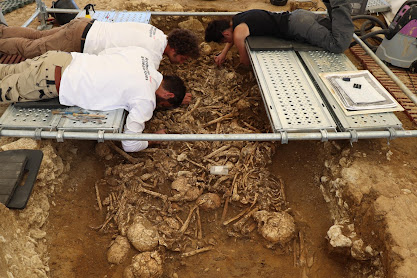 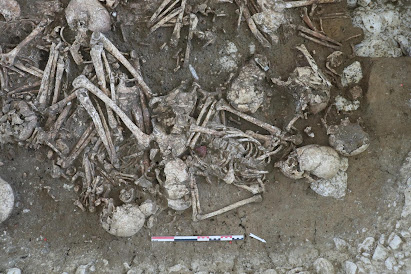 INRAP's announcement does not include any speculation about what this means. There is nothing in the announcement about other Neolithic remains nearby, so this was not in a graveyard. There were no signs of violence. Was, this, perhaps, the burial place of a small community or clan?
Posted by John at 7:50 AM