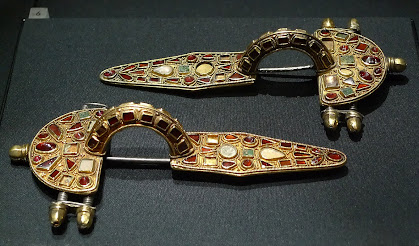 Last week when I was researching the Nagyszentmiklós Treasure I kept being distracted by other golden wonders. So here are more treasures from the Balkans during Late Roman and Early Medieval times, now all in Vienna. These two gold fibulae are from the Untersiebenbrunn treasure, fifth century AD. 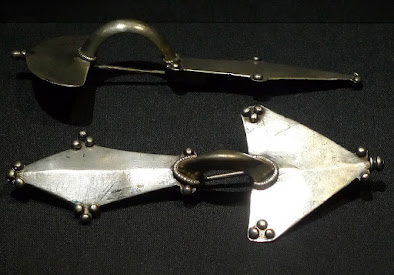 And two silver fibulae from the same hoard. 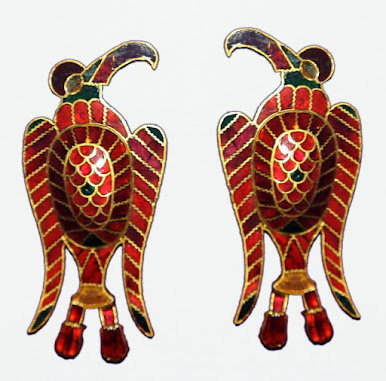 Two gold and glass saddle ornaments from the Apahida hoard in Romania, fifth century. Some say these are Gepid or Goth, others say Hunnic. Not sure there was really a difference since there were lots of Gepids and Goths in Attila's army. 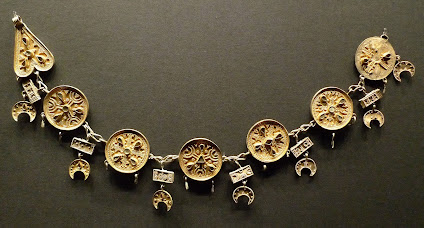 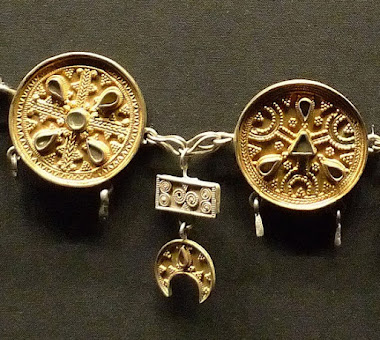 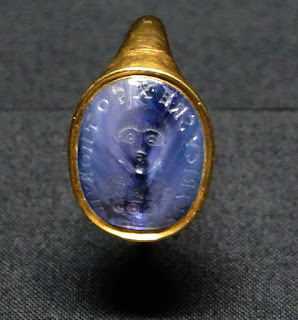 Sigil Stone of Visigothic King Alaric II, who ruled from 484-507, not anywhere near Hungary where this was found. 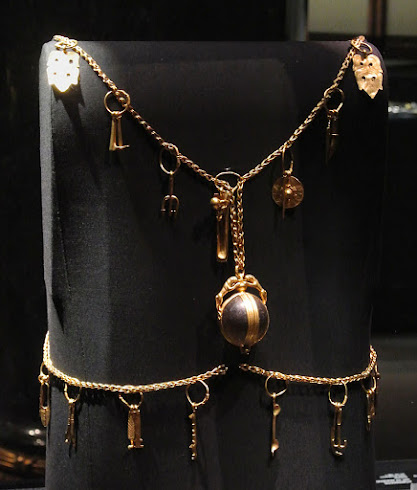 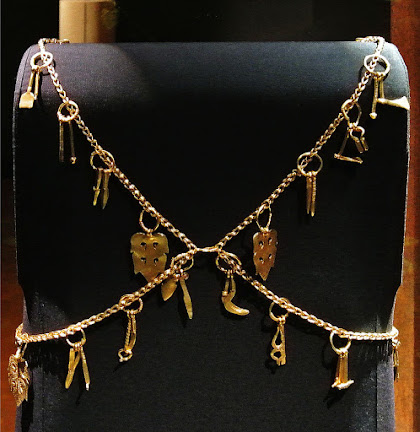 And a whole assortment of wonders from the Treasure of Șimleu Silvaniei, other wise Szilágysomlyó, now in Romania. This hoard contained several Roman coins and other artifacts that date it to around 425-450 AD. People guess it belonged to a king of the Gepids. This hoard was found twice, first in 1797. You would think that after one pile of gold was uncovered in an orchard, the natives would have dug up the whole place. But the other half of the treasure was not found until 1889, just a few yards from the first. Maybe the orchard keeper had really mean dogs. The most remarkable find was this, known as the Gold Chain with 52 Amulets. Nobody knows what it was because nothing like it has ever been found again. The Kunsthistorisches Museum used to say it was the "chain of honor" of a Germanic prince, but they just made that up. There are no "chains of honor" in the texts for this period. So I prefer to imagine that this was part of a priestess's ceremonial garb. Or all of a priestess's ceremonial garb. No, stop, I didn't say that. Why are you attributing such thoughts to me? 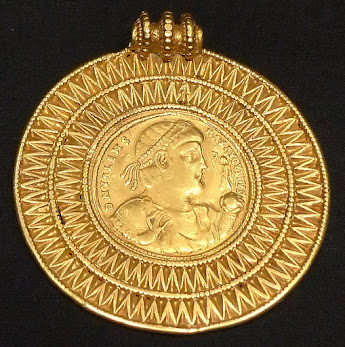 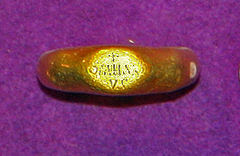 Ring of King Omhraus. Whoever he was. 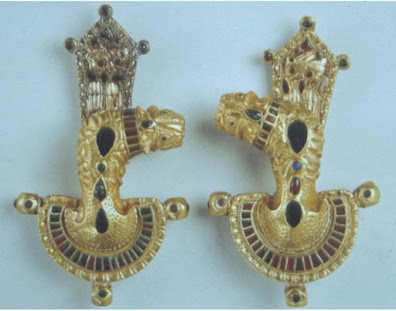 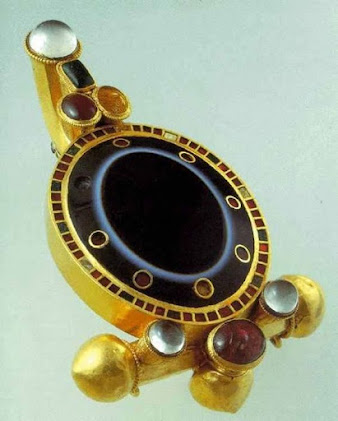 And this amulet. The Kunsthistorisches Museum is one of those places where you are too overwhelmed by the array of wonders for half of what you see to even register, and I have no memory of any of these objects. But thanks to the Internet we can now peruse them at our leisure, and make up stories about the kings, queen, warriors and priestesses who wore them 1500 years ago.
Posted by John at 7:52 AM