Gettysburg in the Snow 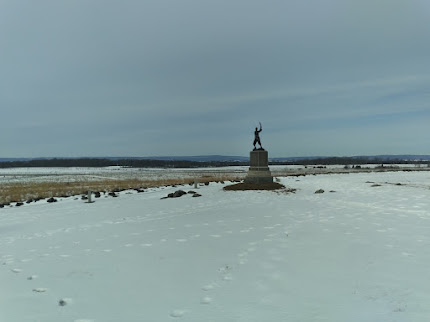 Early on a dim morning, view of the line where Hancock's II Corps stopped Pickett's Charge. 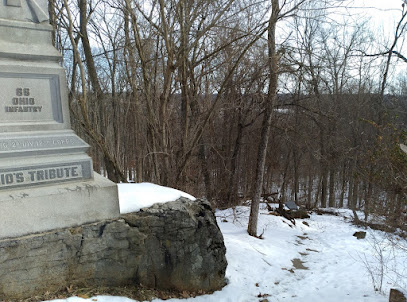 66th Ohio Monument, with a view down the rough slope of Culp's Hill. 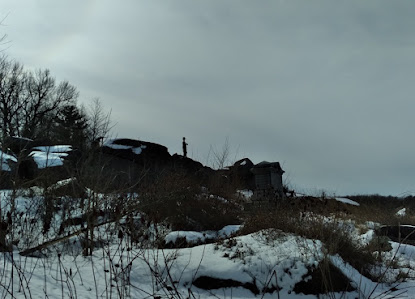 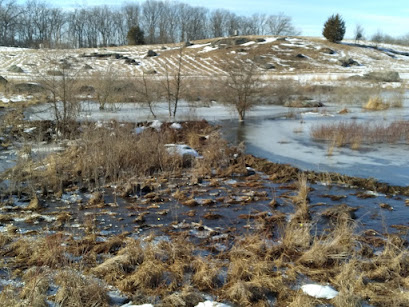 Beaver dam on Plum Creek. Poor beavers are no doubt oblivious to the row their dam is going to cause between the natural and historical wings of the park staff. 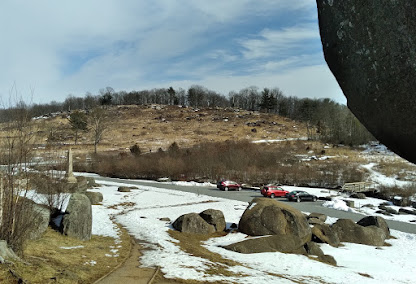 View of Little Round Top from the Devil's Den, the first sight many Confederates got of their objective. 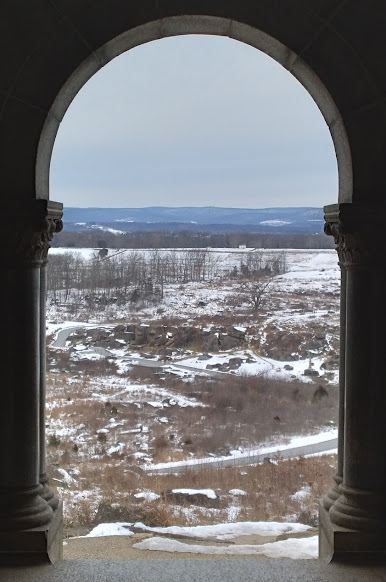 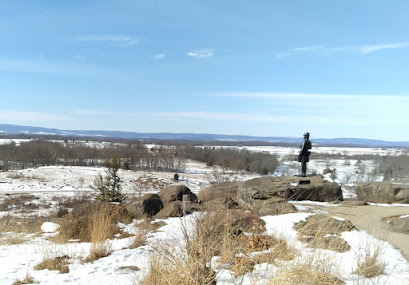 View from Little Round Top in the afternoon sun. Behind Warren's statue you can make out the line of monuments marking the Union line on Cemetery Ridge. 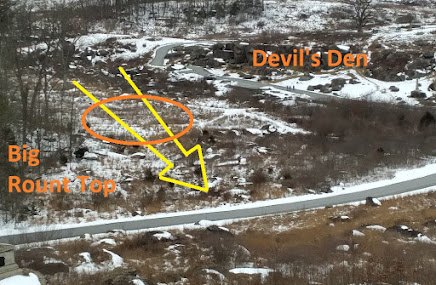 On the second day the Confederates of McLaws' and Hood's Divisions attacked the southern end of the Union line. They pretty much destroyed the Union III Corps, but by the time they were ready to move on the Federals had already formed a second line on Little Round Top and Cemetery Ridge. To reach Little Round Top the Confederates advanced up the valley of Plum Creek, passing between the rocks of the Devil's Den and a hill called Big Round Top. Union artillerymen had had time to zero in on the spot where this gap was narrowest; one later said, "Once we had the range, we never missed." Confederates remembered this as the Valley of Death, or the Slaughter Pen. 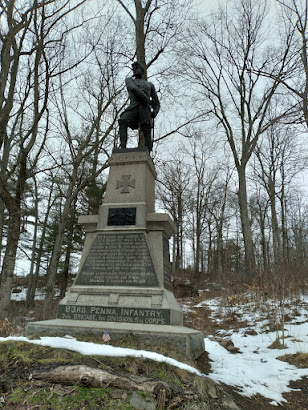 I went to Catholic seminary at Mt. St. Mary's in Emmitsburg, MD, just 12 miles down the road. We spent many, many hours in the battlefield, wandering in the woods and finding "forgotten" monuments and markers, and eating at the Lincoln Diner. One of the most enchanting vists there was after a pretty decent snowfall - the campus of the Lutheran Seminary was exquisite. We were there early enough on a Saturday that the snow was almost entirely undisturbed. Thanks for the memories.