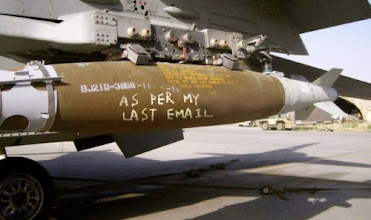 Scott Alexander asks why WebMD is useless.
The Bayeux Tapestry online, in high resolution.
This guy agrees with what I said about political radicalism in the humanities: that its only real impact is to hasten the decline of the whole field.
South Korea unveils $43 billion plan for world's largest offshore wind farm; planned power production is 8.2 gigawatts, equal to six nuclear reactors.
Michigan Man Killed When Cannon Explodes During Baby Shower
Photoset of painted things in Poland, a folk tradition very much alive.
Fox Business just ousted Lou Dobbs and cancelled his top-rated show. Dobbs was one of the people named in libel suits by voting machine companies, and insiders say top advertisers had already dropped his show because he aggressively promoted the stolen election lie. I suspect more turbulence is ahead as Fox tries to hold onto both Trump's conspiracy-minded followers and top mainstream advertisers.
"The Deep Space Food Challenge is an international competition where NASA offers prize purse awards to U.S. teams and recognition to international teams. Teams are invited to create novel and game-changing food technologies or systems that require minimal inputs and maximize safe, nutritious, and palatable food outputs for long-duration space missions, and which have potential to benefit people on Earth."
The Mahjong craze of the 1920s.
Did you know that the University of California Museum of Paleontology was endowed by lesbian sugar heiress Annie Montague Alexander (1867-1950), who became a noted fossil hunter herself? Short article, more detailed bio at wikipedia.
The problem with Unschooling, says Bryan Caplan, is that when left to learn what they want hardly any kids learn math.
Doing weird genetic experiments on mice to learn about human self-domestication, hyper-vocalization, and longevity.
The now mostly underground historic canals of Milan.
The pandemic has intensified conflict between Israel's Ultra-Orthodox and the rest of society, with new calls for ending the Haredim's exemption from military service and so on. (Washington Post)
The 1970 Monocausal Event. I don't buy it, but an interesting notion.
Should we dim the sun? Do we even have a choice? (New York Times)
Thomas Edsall asks whether electoral reforms like proportional representation could help American democracy by separating the QAnon types from the rest of the Republican party. (New York Times)
Long, interesting article about QAnon in The Atlantic by Adrienne LaFrance ends by connecting Q to evangelical Christianity: "QAnon marries an appetite for the conspiratorial with positive beliefs about a radically different and better future, one that is preordained."
Results of this study: "Over a quarter of Michigan adults identified as childfree. After controlling for demographic characteristics, we found no differences in subjective well-being and limited differences in personality traits between childfree individuals and parents, not-yet-parents, or childless individuals. However, childfree individuals were more liberal than parents."
More than 18% of the people arrested in the Capitol riot had prior bankruptcies, and 60% had some kind of documented financial troubles. (Washington Post)
Good Vox Explainer on geothermal energy, which some think is on the verge of a big breakout.
Posted by John at 7:50 AM

I wouldn't be surprised if some education in the humanities reverts to its earlier status as a pure badge of class. I suspect the Ivies and their ilk (including Chicago) will continue to teach such stuff, and some knowledge of it will become a badge of Ivy-type prestige. In this context, I wouldn't be surprised to see an eventual backlash against critical race theory and postcolonial studies, even a backlash revival of "young fogy" interest in the classics, Milton, and suchlike.

I think that's a plausible scenario. Right now a humanities degree confers no status because so many ordinary middle class people get them and then go on to ordinary middle class jobs. If they become rare, and the perceptions spreads that they are useless, they might become cool for a certain sort of person.

I remember when I started my Freshman year at Lawrence a professor of Religious Studies read out a list of the jobs that recent graduates in Religious Studies were doing, most of the usual middle class things: teachers, social workers, an insurance salesman, a bartender. The message was supposed to be that a humanities degree equips you to do anything, but one could have interpreted it to mean that college makes no difference and is a waste of time.

"The problem with Unschooling, says Bryan Caplan, is that when left to learn what they want hardly any kids learn math."

I feel like this is sort of a double edged sword.

On the one hand, kinds need to learn to perform everyday sorts of mathematics, and if they're not doing that under their own auspices, then they need some sort of structure to lead them to learn it.

On the other hand, so much of my formal, required instruction in mathematics has proven utterly useless in my life, and in the lives of most everyone I know. For example, I have never, ever, not even once in my life needed to perform calculus of any kind, and yet was required to spend multiple years studying it for reasons I will never fathom. (I was also required to use cursive for years and years, despite the digital revolution unfolding all around me in my school years, rapidly and visibly rendering handwriting largely obsolete - I literally have only ever "needed" to use cursive for my personal signature, and even that is spurious.)

I say teach kids arithmetic, algebra, geometry, and some basic trigonometry, and call it a day. Anything else should be an elective for kids who are interested in engineering, because the average person is never realistically going to need it.

"More than 18% of the people arrested in the Capitol riot had prior bankruptcies, and 60% had some kind of documented financial troubles."

The article frames it as looking at these things as potential motivations for the actions of these people, but my instinct is to see these things as simply being symptomatic of the kind of people we're dealing with.

The same sorts of poor judgement / lack of critical thinking skills / irrational decision making / et cetera that lead a person to buy into the Trump cult likely also incline someone toward being disastrously bad with money. if you're dumb, gullible, impulsive, emotional, and unhappy, you almost by definition lack much have the knowledge, caution, and self control to shepherd your finances well.