The Tomb of the Infernal Chariot 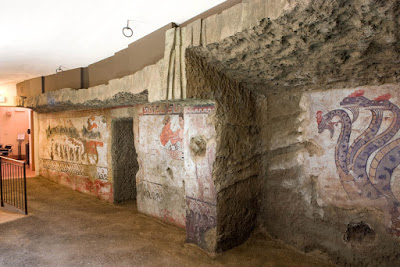 In October 2003, Italian archaeologists working in the Etruscan necropolis of Pianacce uncovered a remarkable rock-cut tomb they dubbed the Tomb of the Infernal Chariot. 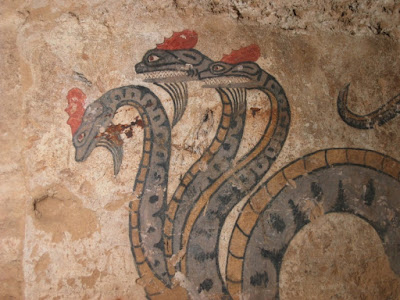 The tomb had been thoroughly looted and only a few artifacts remained, but the pottery dated it to 350 to 300 BC.  It consisted of a corridor 60 feet long (19 m) with four niches. The wonder of it is the paintings on the walls. This is the most famous image, the three-headed dragon. In the ancient Mediterranean this was an underworld symbol. 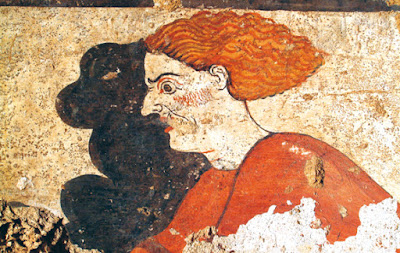 The name comes from this painting, which shows Charon or Charun, the god or demon who transported souls to the land of the dead. You are probably more familiar with the version in which he poles a boat across a river, but the idea that he drives a chariot is also ancient. The painting is about 12 feet long (3.5m). 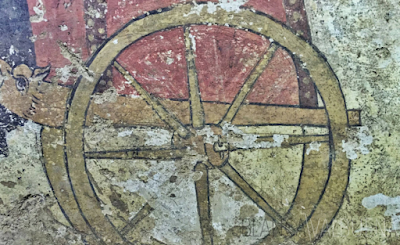 Detail of the wheel. The chariot is drawn by lions, like that of the earth goddess Cybele. 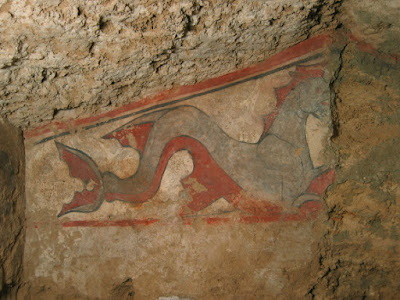 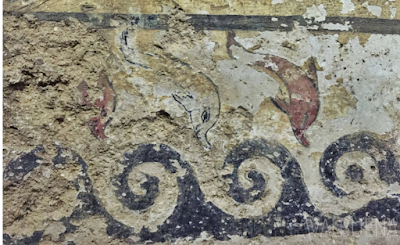 Dolphins. What an extraordinary find. 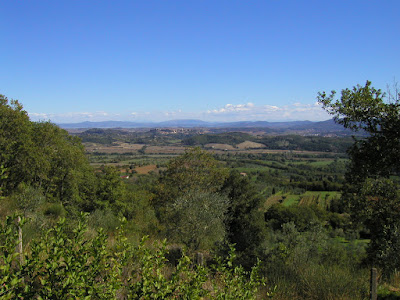 The first image had me terrified that they'd actually cut the tomb apart and moved the rock walls into a museum - I am relieved to read that they instead merely produced a reproduction.