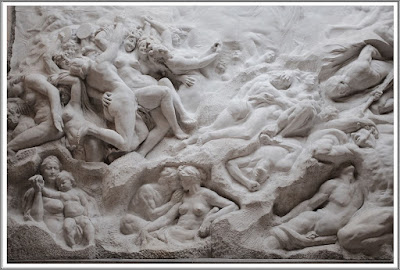 Les Passions Humaines is a monumental relief by Belgian Sculptor Jef Lambeaux (1852-1908). Lambeaux displayed his drawings for the work in 1886, and they immediately divided the European art world. 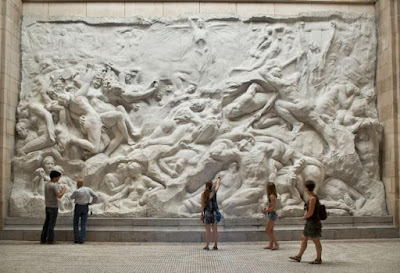 Lambeaux attracted official patronage to complete the work, but one critic complained that it is


a pile of naked and contorted bodies, muscled wrestlers in delirium, an absolute and incomparably childish concept. It is at once chaotic and vague, bloated and pretentious, pompous and empty. And what if, instead of paying for 300,000 francs of “passions”, the government simply bought works of art? 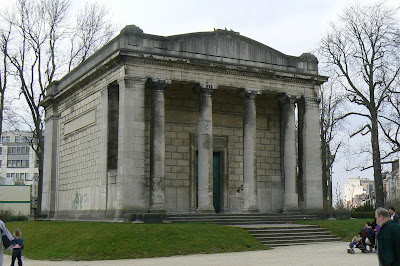 It is displayed in this purpose-built pavilion in the Cinquantenaire Park of Brussels, where it opened to the public in 1899. There is also a full-sized plaster copy that was made to display at some World's Fair and was most recently at the Museum of Fine Arts in Ghent. 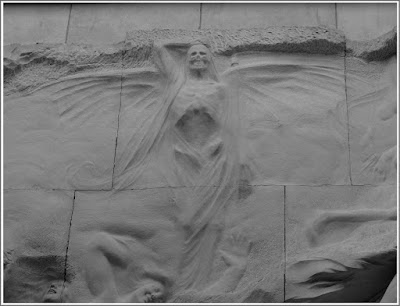 Lambeaux never said what the thing is about; even the title was supplied by the government, not the artist. I find it stunning. Below, more details. 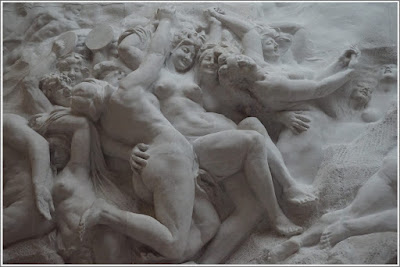 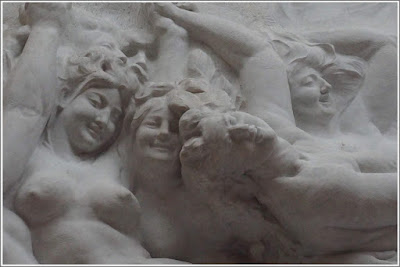 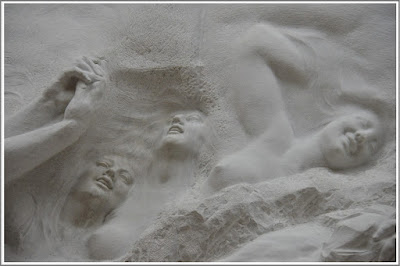 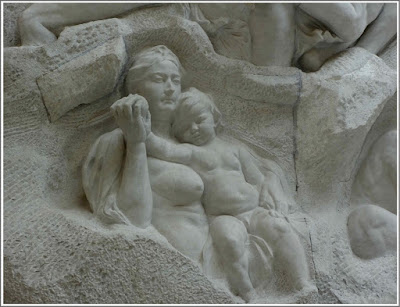 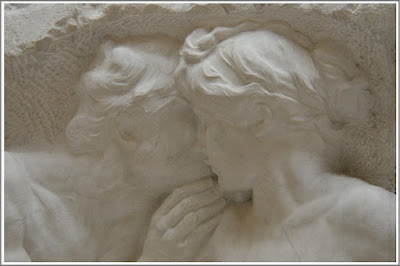 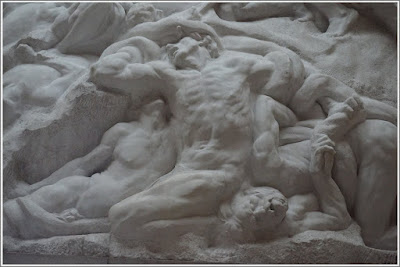 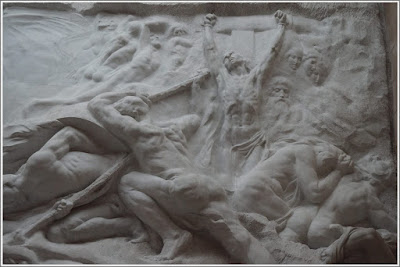