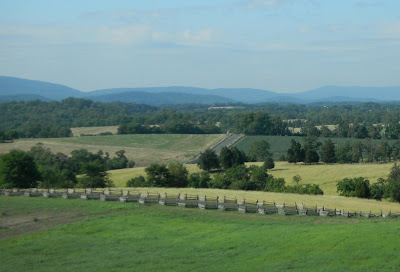 Kentucky farmer/poet Wendell Barry has long advocated an extreme sort of conservatism built around small farms, traditional rural life, and a profound relationship to the land. I was fascinated by the program he put forward in a recent interview that focuses on the farm bill currently before Congress. That bill, says Berry, will not even begin to address the real problems of agriculture:


Those problems, as you know, are soil erosion, soil degradation, the pollution of waterways by sediment and toxic chemicals, various ecological damages, the elimination of small farms, the destruction of the cultures of husbandry and the ruin of country towns and communities. And maybe we should add specifically the curse of overproduction, which at present, as often before, is the major and the cruelest problem.

Those problems could be summed up as the triumph of industrialism and industrial values over the lives of living creatures, and over the life of the living world. The preferences and choices of industrialism do not imply a limit of any kind. They rest instead upon the premises of limitless economic growth and limitless consumption, which of course implies limitless waste, and finally exhaustion.

Nothing can take form except within limits.

Asked what sort of farm bill he would like, Berry says:


A farm bill sincerely intending to help rural communities might begin by proposing a program of production controls and price supports for every product of farming and forestry. At present, for example, the dairy “industry” is increasing milk production by millions of gallons every year, thus reducing prices and driving small dairies out of business. This of course serves the interests of large dairies.

A bill intending to help rural communities, furthermore, might forbid the large chain stores to underprice their goods in order to destroy locally owned small stores. I don’t see why the government should not enforce honest prices for the same reason that it enforces honest weights and measures. I am sure that a lot of conservatives would object loudly to such “regulation.” But for small farms and small businesses, the “free market” is not a “level playing field.” . . .

Recently, for example, 100 family dairy farms have been put out of business in this region, two of them in my county, because Walmart is building its own milk-bottling plant in Indiana. And so 100 self-employed, self-supporting, self-respecting farm families are being severely damaged or destroyed in order to increase the wealth of a family already far too rich.

So the only way to preserve the sort of slow, conservative way of life Berry loves is to create a vast Federal system of price controls and production limits, a huge addition to the bureaucracy of our already bureaucratized nation, staffed by people in cities living the sort of high-stress, office-job, divorced-from-the-land lives that Berry thinks are so harmful to our souls. Contemplating this, I get the feeling that what Berry wants is simply impossible, or at least that we, the people of the 21st century, are just not doing to do it.

As you might expect, Berry is not impressed by our current president:


Both of the political sides, so far as I am concerned, have to accept responsibility for the emergence of Donald Trump, the autonomous man, the self-made man, economically “free” and sexually liberated, responsible only to himself, starting from scratch and inventing his own way of doing things. To get outside the trajectory that produced Trump, we will have to go back to tradition. I am unsure when we began to think of, for instance, the 15th Psalm and Jesus’s law of neighborly love as optional.

This is the modern world: it delivers material abundance and great freedom to most citizens of the wealthy states. But millions are left cold by its bounty and long for something else, something more authentic and real. Sometimes I find these calls for a slower, more meaningful life deeply moving. But when I start to ponder what it would take, I shake my head and think that maybe we are stuck with our post-industrial world pretty much as it is.
Posted by John at 8:32 AM

I find much to admire in Berry's suggestions. As many have pointed out, on economics, liberals and paleocons have much in common. Liberals are supposed to be for change, but I think the essence of liberal economics is to slow down and cushion change.

That said, I agree that enactment of Berry's policies is scarcely likely.