Today's Place to Daydream about: Ljubljana 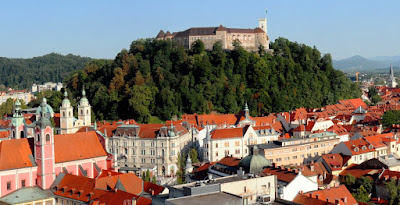 Ljubljana is the capital of Slovenia, a nation of two million people nestled into the foothills of the Alps where Italy, Switzerland, and the Adriatic Sea meet. 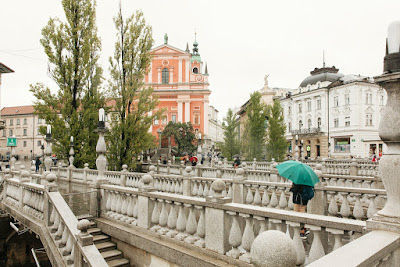 Ljubljana has about 290,000 people itself. It came to my attention because National Geographic suggested visiting, partly because it is "the most sustainable city in the world." The Times praises its "car-free center, historic architecture, lots of green space and riverbanks lined with cafes, pubs and boutiques." 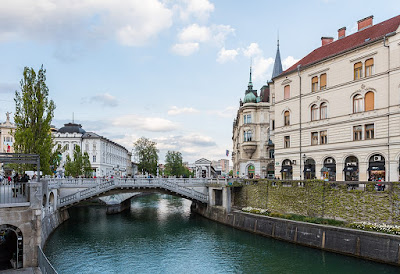 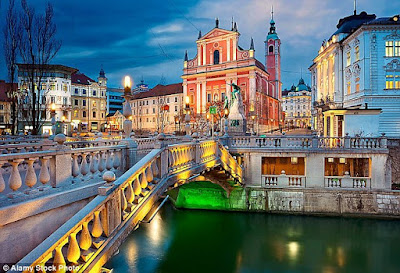 The architecture in the city center is a mix of Renaissance, neoclassical, and Art Nouveau. 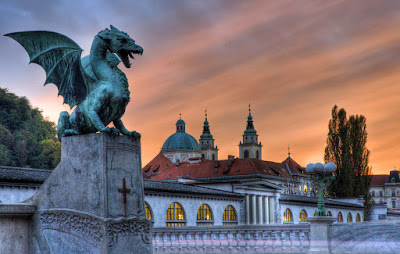 One of the highlights is the famous Dragon Bridge, completed in 1901. There are many parks. 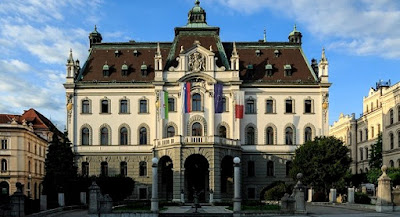 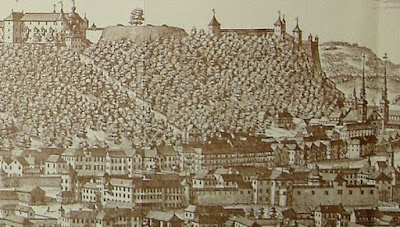 The independence Slovenia achieved in 1991 was its first. It was ruled over by the Romans, the Ostrogoths, Charlemagne, the Bavarians, and various German emperors, ending up on the front lines of the long war between the Christians and the Turks. When the Austro-Hungarian Empire was split up it became part of the failed experiment known as Yugoslavia. And then when Yugoslavia fell apart, Slovenia achieved independence easily, since it was more geographically compact and ethnically unified than the other states. Above, detail from a 1689 panorama of Ljubljana. 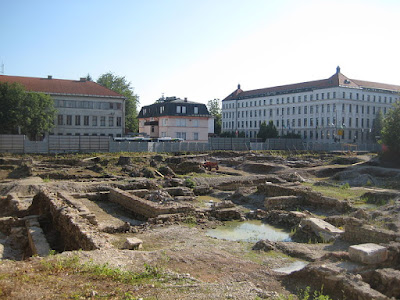 Ljubljana is an ancient place, perhaps founded around a Roman fort; Roman baths turned up in excavations for a new university a few years ago. It was a significant place in the later Middle Ages; the sources usually call it by a German name, Laibach. 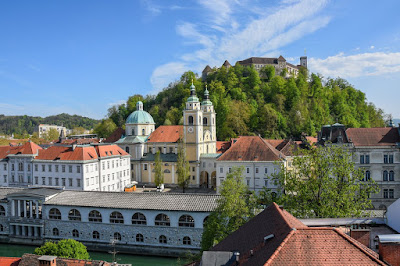 These days it is a great combination of laid back and efficient, and I would love to explore it. 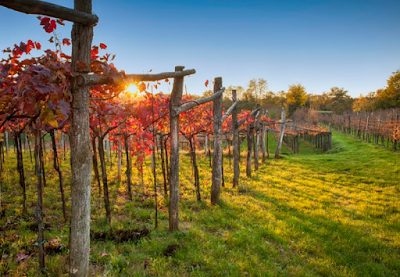 If you're bored with the city you can head out into the Alpine countryside, past the vineyards where they make excellent wine 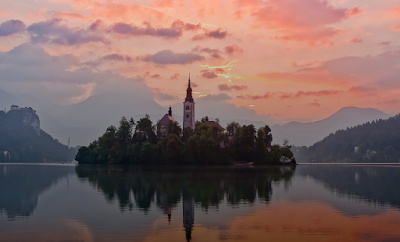 to the famous Like Bled with its island monastery, one of the most photographed places in Europe. 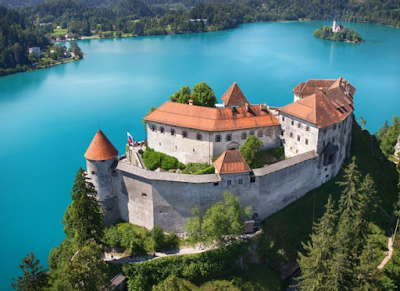 With a famous cliff-top castle besides, all only 30 miles (50 km) from the city. You can row around on a boat, or just sit and absorb the beauty. What a place to think of on this hot July day in Maryland. 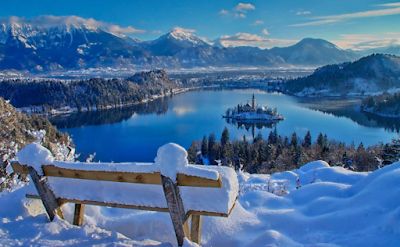 I got curious about the cost of living, since it seems like a pretty nice place to live overall. Some selections from the first source I found:

In pretty much every regard except gasoline prices, it's as cheap as or cheaper than the ugly, inconvenient, not-very-nice place I currently live - and public transport and a walkable city would make gas prices not matter as much.

Of course, wages are different. The minimum wage in Slovenia is only $5.69 hourly, or $990.70 a month, so it could be a bit of a stretch to make ends meet on an entry level job. I'd like to know median wages, but all my searches bring up is average wages, which is not what I want.

Language of course would be a concern, but my sources suggest certain industries such as the technology sector care less about speaking Slovenian, and hire English and German speakers regularly.

There's also taxes to consider, which I'm not going to take the time to delve into. But overall? Doesn't seem half bad. I imagine rents would be cheaper if you could find unfurnished options, as well. And you'd have lots of travel options throughout the EU, which would be nice.