Zhou Enlai and the Empty Boat 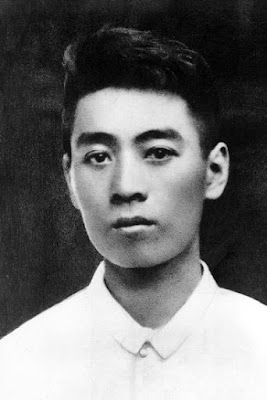 Zhou Enlai (1898-1976) was once one of the most famous people in the world. When Mao was the symbolic leader of the worldwide far left, when Nixon chose to engage with China in high stakes diplomacy, when Mao's long final illness led to a political crisis in China, Zhou was on the front pages every week if not every day. Not any more, though; none of my children have ever heard of him.

Zhou Enlai was one of the original Chinese communist leaders, and for a time in the early 1930s he was the effective commander of their armies; he chose the breakout point for the strategic retreat that began the Long March of 1934 to 1935 and was in charge of logistics for the operation. In 1949 he became the first Foreign Minister of communist China, and he led the Chinese team that negotiated the truce that ended the Korean War. After Mao began his series of increasingly deranged power grabs with the Great Leap Forward of 1958, Zhou managed to remain both a close ally of Mao and a leader among the pragmatists who kept the state running. It was this ability to remain in power while straddling opposite factions that fascinated Simon Leys, one of the most important western writers on Chinese affairs in the 1960s and 1970s. This is from a book review Leys wrote in 1984:


Alone among the Maoist leaders, Zhou Enlai had cosmopolitan sophistication, charm, wit and style. He certainly was one of the greatest and most successful actors of our century. He had a talent for telling blatant lies with angelic suavity. He was the kind of man who could stick a knife in your back and do it with such disarming grace you would feel compelled to thank him for the deed. He gave a human face (and a very good-looking one) to Chinese Communism. Everyone loved him. He repeatedly and literally got away with murder. No wonder politicians from all over the world unanimously worshipped him. That intellectuals should share in this cult is more disturbing. . . .

It seems that for Zhou no interlocutors ever appeared too small, too dim or too irrelevant not to warrant a special effort on his part to charm them and to win their sympathy and support. I can state this from direct and personal experience, an experience that was shared over the years by thousands of enraptured visitors -- primary school teachers from Zanzibar, trade-unionists from Tasmania, Progressive Women from Lapland; not even the Pope had to cope with such time-consuming, bizarre and endless processions of pilgrims. Zhou was also the ultimate Zelig of politics: showing tolerance, urbanity and a spirit of compromise to urbane Western liberals; spitting fire and hatred to suit the taste of embittered Third World leaders; displaying culture and refinement in front of artists; being pragmatic with the pragmatists, philosophical with philosophers, and Kissingerian with Kissinger. . . . 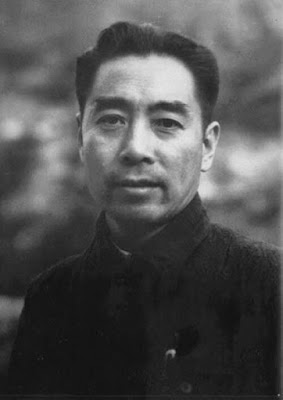 Zhou's reputation may eventually suffer from the posthumous debunking of Mao (which is a paradox, since, in the end, Mao ruthlessly attempted to get rid of him). Still, Chinese intellectuals are probably being unfair when they describe him as having merely played Albert Speer to Mao's Hitler. Zhou's relations with his master did not reflect a straightforward subordination but something far more complex. For many years before Mao reached supreme power, Zhou had actually been running the Chinese Community Party behind the screen of a series of ineffectual or unlucky nominal leaders who were purged one after another. He weathered these successive crises, practically unscathed, and from these early days displayed an uncanny ability for political survival that was to become the hallmark of his long career. He developed methods that made him unsinkable: always exert power by proxy; never occupy the front seat; whenever the opposition is stronger, immediately yield. His unique competences made him indispensable; and he cultivated at the same time a quality of utter elusiveness: no one could pin him down to a specific political line, nor associate him with any particular faction. He never expressed personal ideas nor put his own theoretical views on paper. Where did he really stand? What did he actually believe? Apparently, he had no other policies but those of the leader of the moment, and nourished no other ambitions but to serve that leader with total dedication.

Yet, the brilliance of Zhou's mind, the sharpness of his intelligence, his personal magnetism, his eloquence and authority constantly belied the kind of bland selflessness which he so studiously displayed in the performance of his public duties. Zhou's enigma lay in this paradox: that, with all his exceptional talents, he should also present a sort of disconcerting and essential hollowness. Some 2,300 years ago, Zhuang Zi, giving advice to a king, pointed out to him that, when a small boat drifts into the path of a huge barge, the crew of the barge will immediately shout abuse at the stray craft; if however, coming closer, they discover that the little boat is empty, they will simply shut up and quietly steer clear of it. He concluded that a ruler who has to sail the turbulent waters of politics should first and foremost learn how to become an empty boat. History provides few examples of statesmen who were as successful as Zhou Enlai in mastering this subtle discipline.