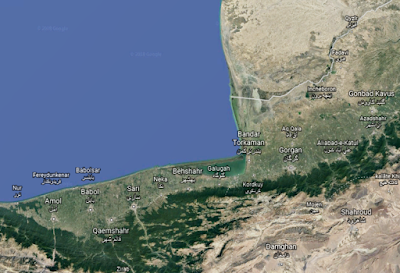 At the southeastern corner of the Caspian Sea, near the modern border of Iran and Turkmenistan, a narrow plain separates the mountains from the sea. This plain, its width varying from 50 to 200 kilometers (30 to 130 miles), has long been a route of invasion. Alexander the Great came this way, as did the sons of Genghis Khan and many others. 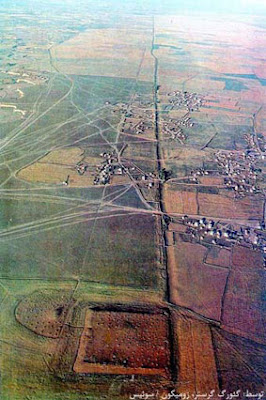 So it is hardly surprising that at some point a wall was built  across this plain. There is little stone on the Caspian plain, and the wall was made of brick. In some places all the bricks were fired, but in most the core of the wall was mud brick and only the outer courses were fired. The wall is  6 to 10 m (20–33 ft) wide, and it is studded with at least 30 small forts at intervals of between 10 and 50 km (6 and 30 miles). 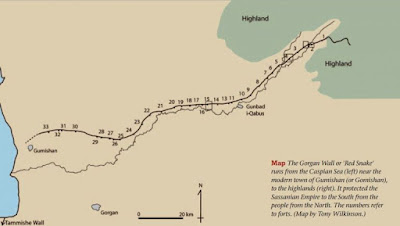 The wall can still be traced for 195 km (120 miles), beginning by the sea and following the Gorgan River across the plain to the mountains. 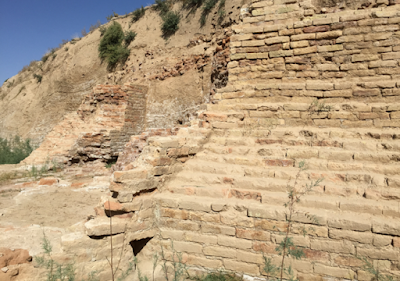 Most of it is not well preserved; the walls of this fort are more or less intact because it was swallowed by sand dunes, protecting it from the weather and brick miners. 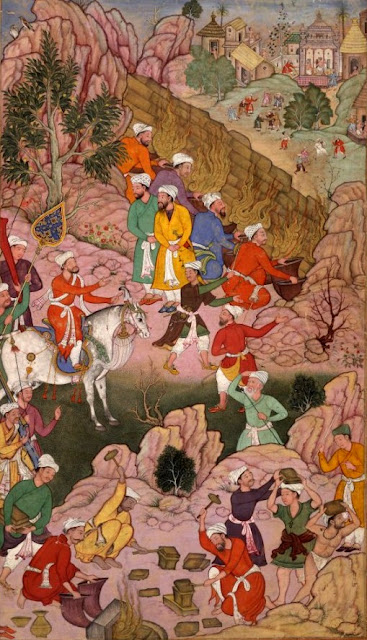 Until recently the history of the wall was lost. Medieval Persian historians called it Sadd-i-Iskandar, Alexander's wall, and associated it with the legend that Alexander the Great built a wall of bronze against the people of Gog and Magog. More recent theories have focused on the classical Persian empires, especially the Parthians and the Sasanians. 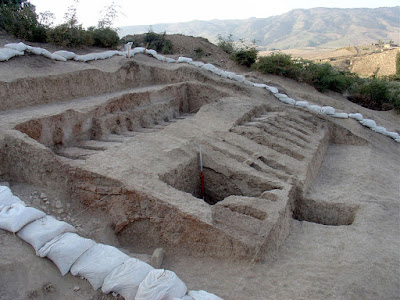 The wall was certainly built by some great power in a fairly short period of time – years or at most decades rather than centuries. The fortresses are all essentially identical, and along its length are the remains of brick kilns, all of them built to the same plan. 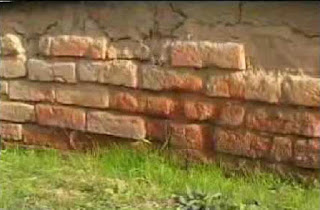 It was those kilns that allowed archaeologists to identify the wall's builders. In the early 2000s a joint British/Iranian team explored several of the kilns and took charcoal samples for radiocarbon dating, and the all came out in the 450 to 525 CE range. So this was a Sasanian creation. During that same study several forts were studied with magnetometry and ground-penetrating radar and they turned out to be densely packed with barracks and other buildings, leading the archaeologists to conclude that the Wall was defended by at least 30,000 men. 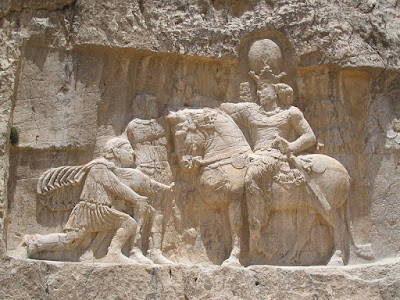 The Sasanian Empire (224-651 CE) was the great rival of the late Roman and early Byzantine states, a powerful fusion of ancient Persian civilization and new warrior blood from the steppes.They defeated the Romans on several occasions, most notably in 260 when they smashed the emperor Valerian's army at Edessa and took him captive (above). But like everyone else in Asia they had continual troubles with nomadic raiders from the steppes, including a long series of wars with the "White Turks," and the best guess is that this wall was built in part to keep them out. 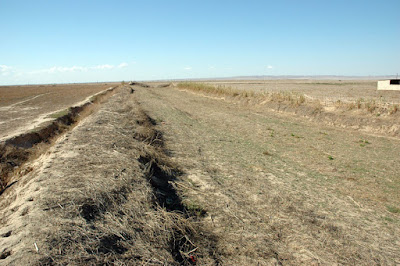 The building of walls against outsiders is an ancient human habit; the Romans and the Chinese were also great wall builders, and there are many lesser-known examples. The walls built by ancient empires were never in themselves defensible against either determined attack or small parties of stealthy raiders, so historians have long debated their purpose. In part it must have been symbolic, impressing immigrants or attackers with the power and seriousness of the states that built them. No doubt they were also a complicating factor for any would-be attacker, for if men could scale them horses could not. 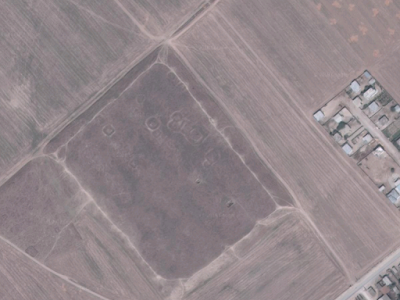 Walls that stretch across the landscape always make me marvel at the sheer energy of our species. Since ancient times we have thrown our surplus strength into monumental building of a hundred kinds – walls, tombs, temples, canals, roads – remaking the earth in ways that would surely have astonished our ancestors of 10,000 years ago. It also fascinates me that we can forget so quickly who built these great works and why. That, it seems, is less important than the sheer fact of their existence, standing as monuments to our power to challenge the gods.
Posted by John at 7:14 AM