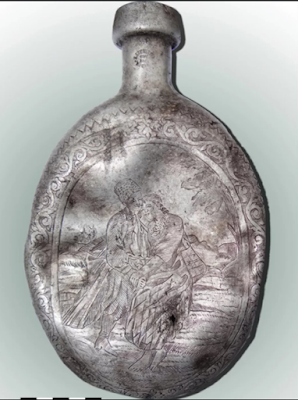 Canteen found near the Polish town of Czersk, where there was a large German camp for Russian prisoners of war. Probably engraved by a bored Russian prisoner. The archaeologist who published the find thinks it was abandoned because the owner had died of Typhus or Spanish Influenza, both of which killed hundreds of prisoners in 1918. Everything belonging to those who died of infectious disease was buried. 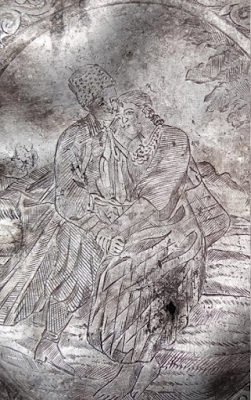 Get conscripted to fight a senseless war, manage to not get killed but instead captured, struggle through the horrible conditions until almost the end of the war, and then die of disease and probably get buried in a mass grave or cremated. Oi.

@G, I was just thinking the same thing yesterday because of a Times piece in which a liberal activist called this a "dark time." Compared to what? I mean, the news right now is dominated by immigration, which means that whatever is wrong in the US, tens of thousands of people are desperate to get here. My idea of a truly dark time is one in which tens of thousands are desperate to get out, not in. Syria is having a dark time; we are not.