The Towers of Svaneti 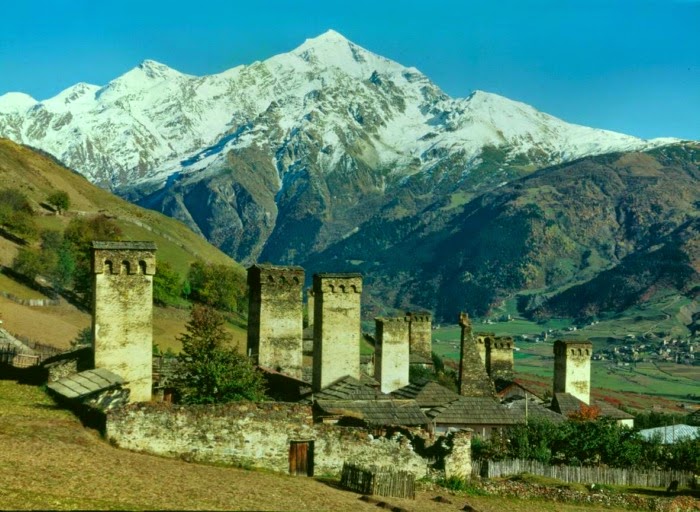 Svaneti or Svanetia is a province of Georgia, in the most mountainous part of the Caucasus. Its history reads like a roll call of competing empires, since it belonged at various times to the Persians, Romans, Byzantines, Turks, and Russians, besides lesser states like Colchis, the Abkhaz Kingdom, Georgia, and so on. 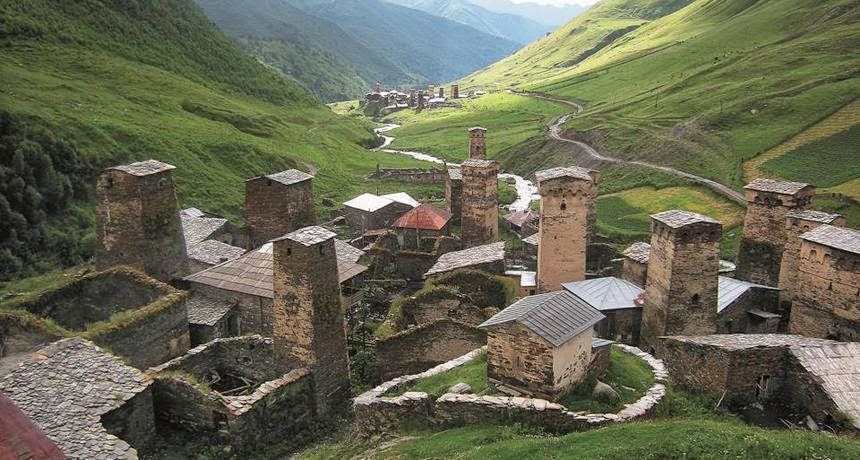 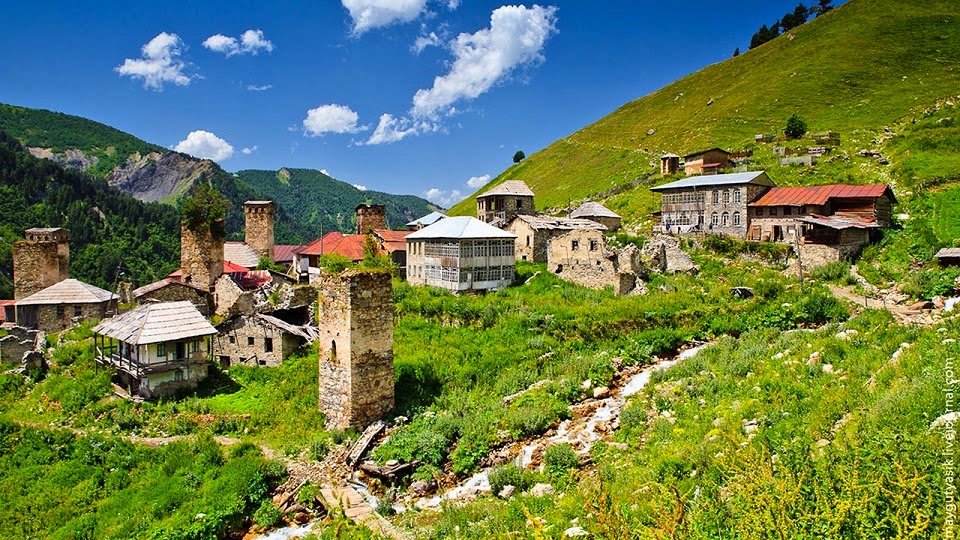 Determined to defend their mountain fastness against these invaders (and their tax collectors), the Svan began living in these tower houses. According to UNESCO, the oldest date to the early ninth century, the last to the seventeenth, with peak in the period from 1000 to 1200 CE. About 200 of them survive, plus the ruins of many more. 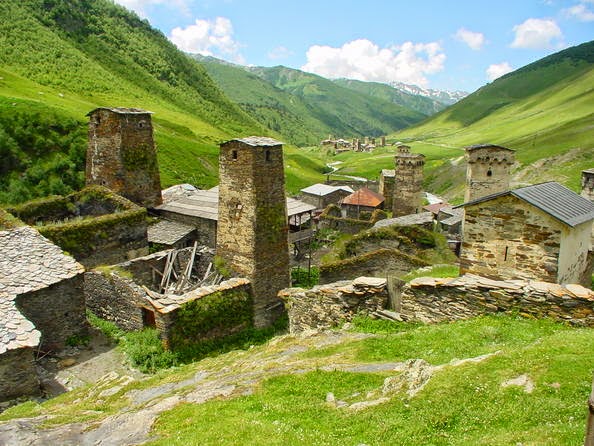 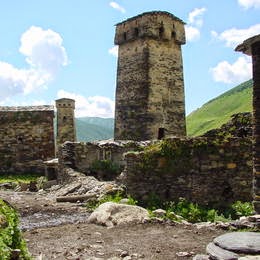 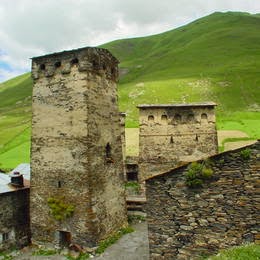 Description of the type:


The most notable feature of the settlements is the abundance of towers, especially in Mestia and the frontier villages, such as Ushguli and Latali. These towers usually have from three to five storeys and the thickness of the walls decreases, giving the towers a slender, tapering profile. The houses themselves are usually two-storeyed; the ground floor is a single hall with an open hearth and accommodation for both people and domestic animals, the latter being separated by a wooden partition, which is often lavishly decorated. A corridor annex helped the thermal insulation of the building. The upper floor was used by the human occupants in the summer, and also served as a store for fodder and tools. A door at this level provided access to the tower, which was also connected with the corridor that protected the entrance. 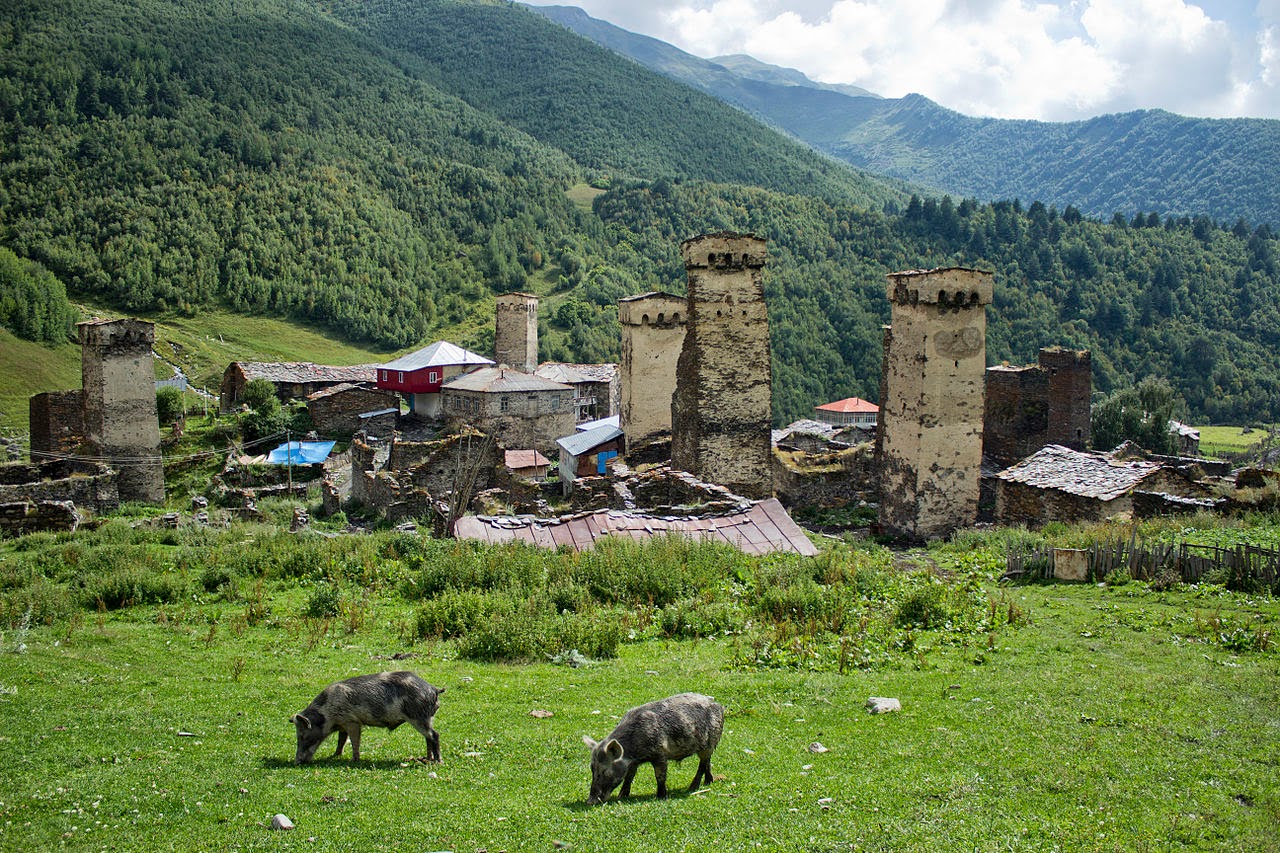 And to think that I never knew about them until today. 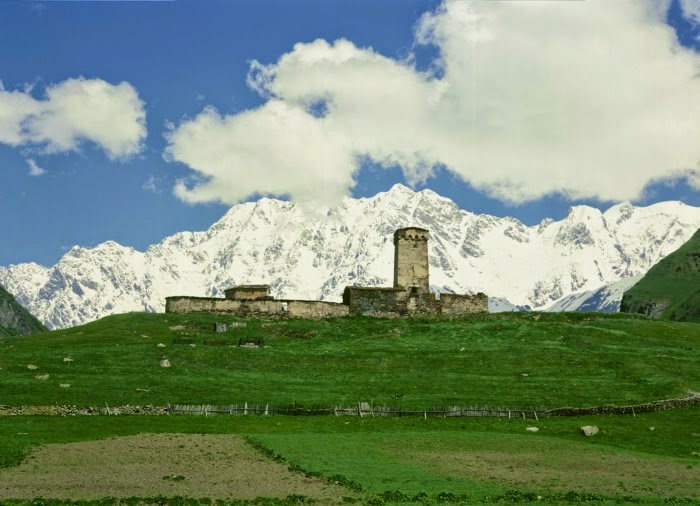