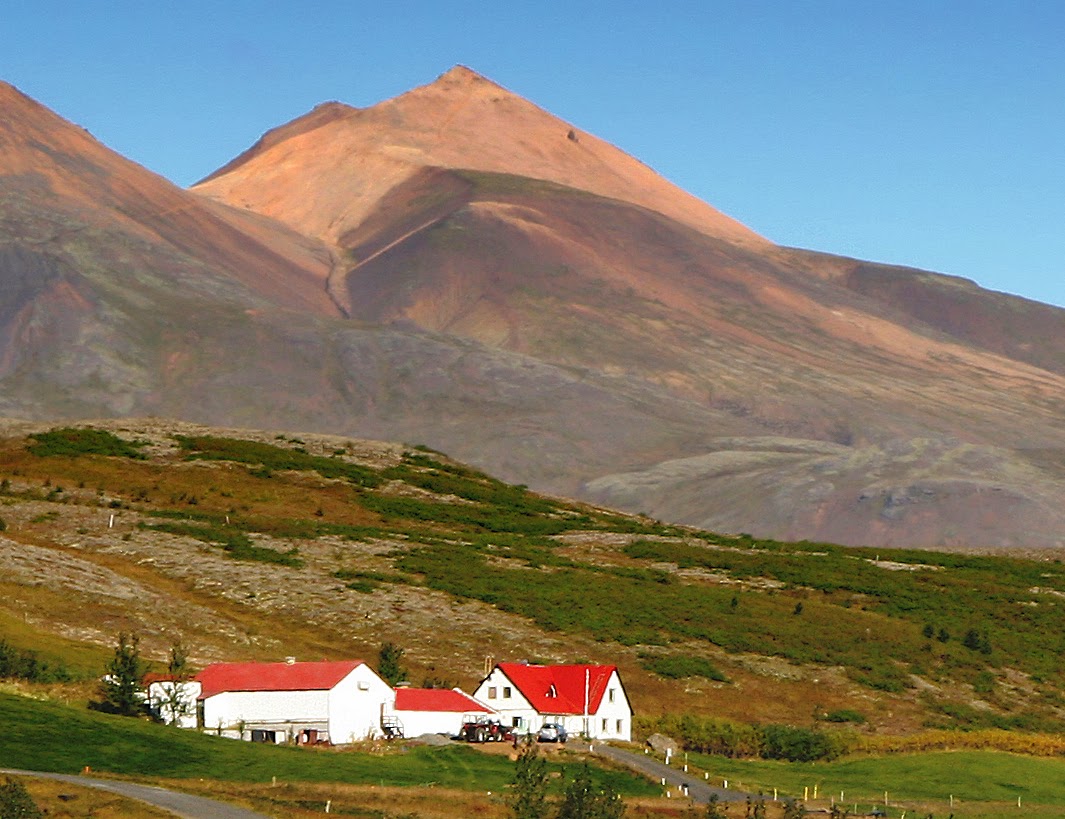 Mosfell is a valley in southwestern Iceland that figures prominently in the medieval sagas -- the marvelous death scene of Egil Skallagrimson is set at Mosfell, as is a famous murder described in The Saga of Gunlaug Serpent-Tongue. 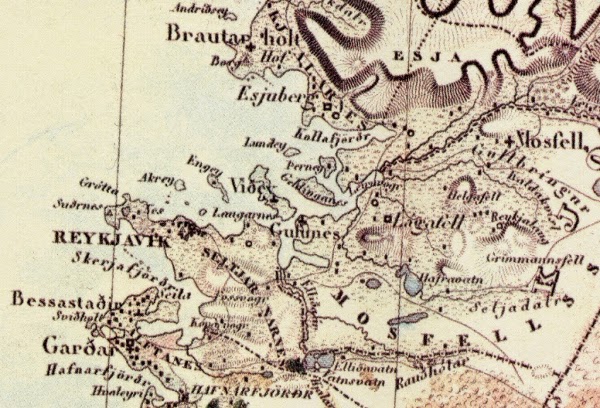 Since 1992 Mosfell has been the focus of a long-range archaeological investigation led by Jesse Byock of UCLA. The Mosfell Archaeological Project


is an international research project employing the tools of history, archaeology, anthropology, genetics, saga studies and environmental sciences to construct a comprehensive picture of human adaptation and environmental change in the Mosfell region of southwestern Iceland beginning in the Viking Age. 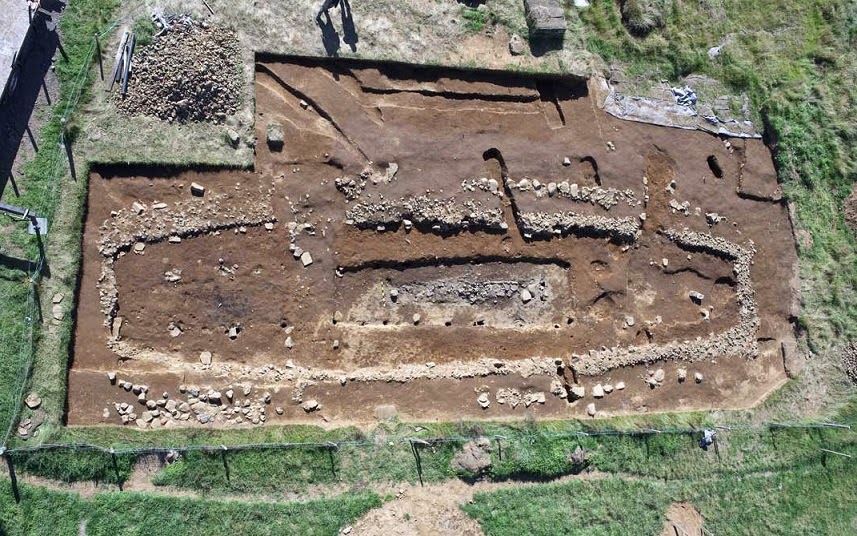 From my perspective the most interesting about the MAP is the connections that have been able to make between archaeology and the saga world. Over the first fifty years or so of scientific archaeology in Iceland, the fit was very bad -- sometimes it seemed like the quality of finds at an Icelandic archaeological site was inversely proportional to its prominence in the sagas. Work at sites made famous by the sagas tended to produce very little, and the best finds (especially from the pagan period, before 1000 CE) were made at undocumented sites. Many Icelandic scholars began saying that the sagas were just novels with no real roots in the early history of the island. 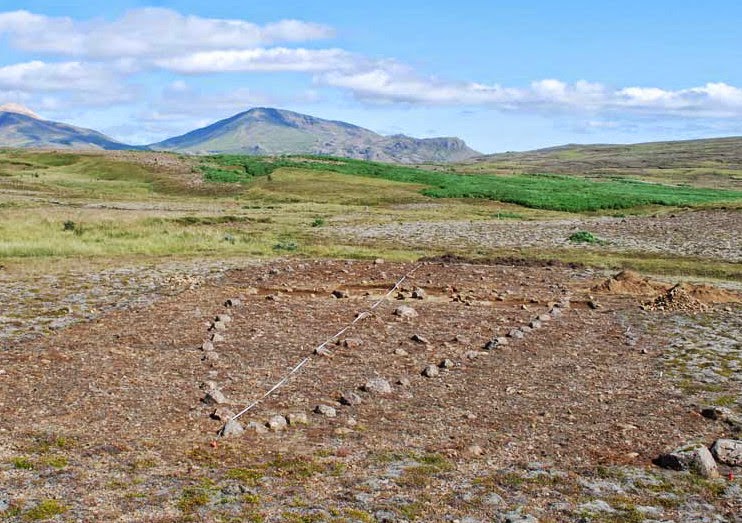 MAP began in the 1990s with a thorough survey of Mosfell, from the mountains to the sea. Among the things they discovered were a couple of "ship settings," arrangements of stones in the shape of ships. These are found throughout the Norse world and are associated with pagan rituals. Some of those at Mosfell may have been placed on the boundaries of the Mosfell property. 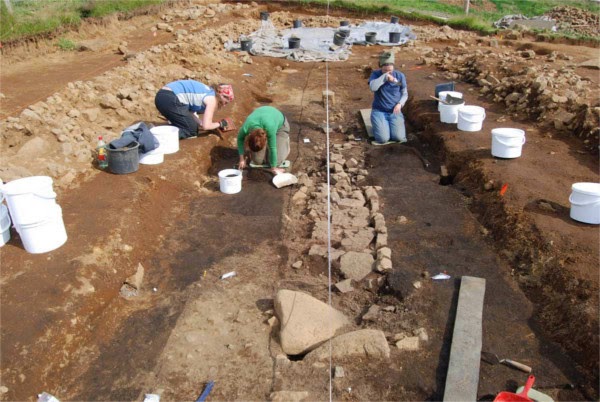 Starting in 2001, the MAP began excavations at the most interesting sites turned up during the survey. Perhaps the most interesting discovery was made at Huldahóll, the Hill of the Hidden Ones (elves). Because of the strong magical associations of this spot it was never plowed. It looms up above anyone entering Mosfell from the sea and somewhat resembles a ship. Early in the Norse period the surface was leveled with gravel, and then cremations were carried out. Cremations were one of the items of traditional Norse culture that archaeologists had never been able to document in Iceland, spawning a decades-long debate among historians about what the absence of cremations might mean. Behold the danger of relying on negative evidence. There were also burials at Huldahóll, and empty graves, which I'll come back to. 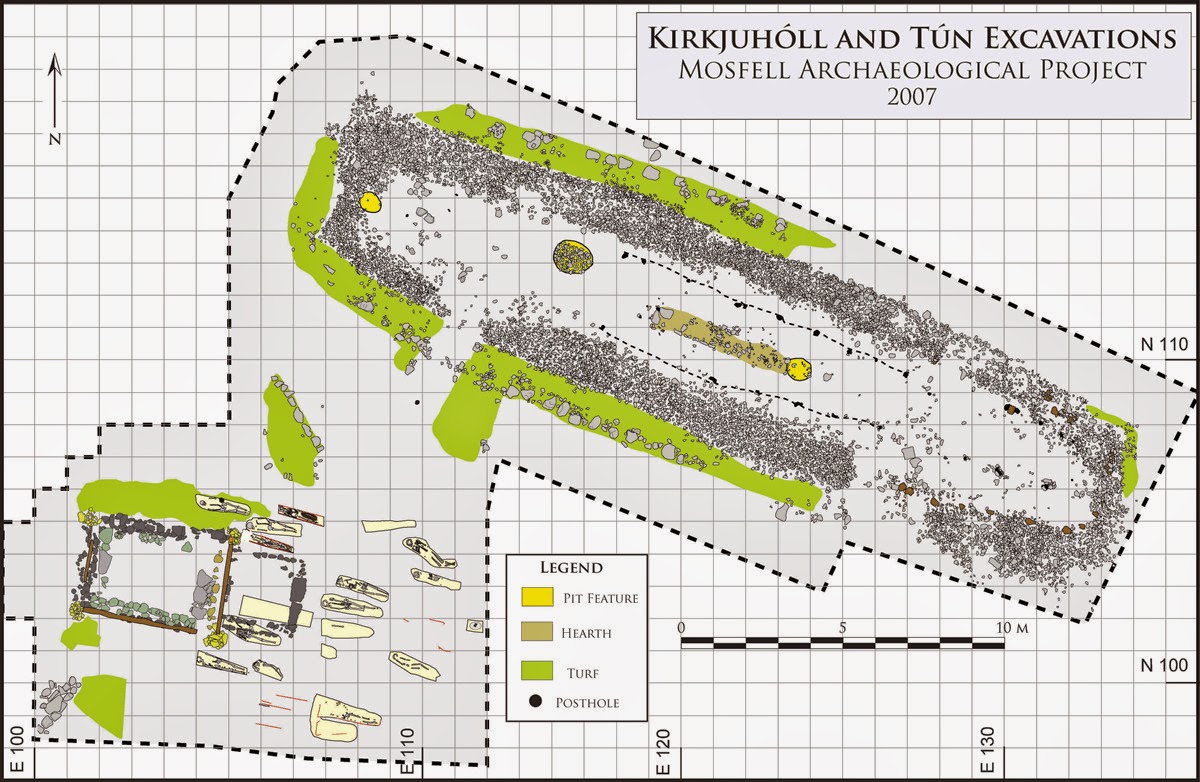 The traditional home of the early chieftains of Mosfell was a spot called Hrísbrú. With the help of the farmers who live there, the archaeologists focused in on a hill called Kirkjuhóll, church hill, and there they found an early church and burial ground. Not far away was a large longhouse (above, and photo higher up).

The longhouse is just what one would expect at a chieftain's home, and it therefore confirms the sagas' picture of the Mosfell people as important local leaders. The site has been radiocarbon dated to the early 900s.

The church also fits perfectly with the saga narrative. Grim, the chieftain at Mosfell, was said in Egil's Saga to have married Egil's step-daughter Thordis; Thordis was Egil's favorite child, which is why he died in her house rather than in his old home at Borg:


Grim of Mosfell was baptized when Christianity was adopted by law in Iceland; he had a church built there. People say that Thordis had Egil's bones moved to the church.

The church at Kirkjuhóll is most likely the very one Grim had built. Against this story some historians argued that it was contrary to Christian law to move pagan bones into a churchyard, but as Byock sensibly points out, it seems odd to assume that new Icelandic converts would have known that, or cared if they did know. The empty graves in the pagan burial ground at Huldahóll nearby show that some pagan burials were certainly moved somewhere. The saga also says that Grim's church was torn down after about 50 years and a new one built some distance away; the archaeology also seems to confirm this, suggesting a date of c 1150 for the church's abandonment. Egil's bones, the saga says, were moved again, to the new church, and I bet Byock would love to find them. 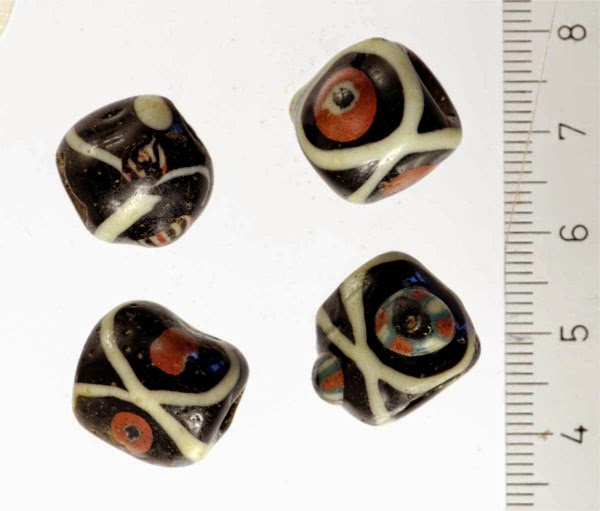 One of the burials at Kirkjuhóll was a man killed by sword or ax bows to the head, another connection to the sagas' violent world. (There is actually not that much evidence of violence in Icelandic cemeteries.) These beads, possibly from the Caspian Sea, speak to the widespread trading connections of the early Icelanders. All in all it is a fantastic convergence of saga, archaeology and folklore, which is why I was moved to write about the project here. 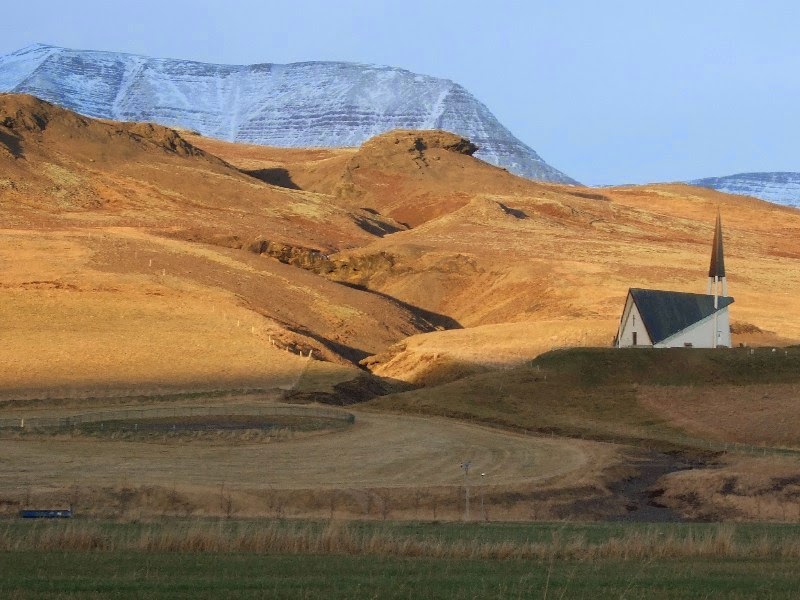 There is also a lot of archaeological science going on at Mosfell, things like elemental analysis of bones to determine where people were born and how much seafood they ate, genetic analysis of DNA from the bones, all that good stuff. There is a collective book coming out soon on the project, and I fully intend to get myself a copy. Meanwhile, there are summaries of the work here and here.
Posted by John at 12:50 PM

Fascinating stuff. I'm struck by the great house footprint, which looks to me virtually identical to other Scandinavian great houses, such as those at Lejre from 400 or so years earlier. It's like, as soon as you became rich and powerful, or at least richer and more powerful than your neighbors, the first thing you wanted was a house that looked a certain way, and that way was a kind of standard piece of folk knowledge. Do you know if lesser family's houses in Iceland had the same or a different footprint?

Many Icelandic houses had that shape, including some much smaller than the big longhouses. But all houses of the longhouse style needed wooded beams to hold up the roof, so in Iceland they were expensive to build. So the houses of poor people (who didn't live in a big household) were quite different.

For a house plan of a radically different sort, built of stone, see here