The Tea Party vs. Agenda 21 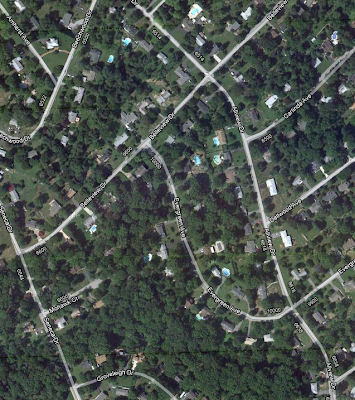 Paranoid American conservatives have been training their sights on a new target, environmentally sensitive land-use planning. The Times:


Across the country, activists with ties to the Tea Party are railing against all sorts of local and state efforts to control sprawl and conserve energy. They brand government action for things like expanding public transportation routes and preserving open space as part of a United Nations-led conspiracy to deny property rights and herd citizens toward cities. They are showing up at planning meetings to denounce bike lanes on public streets and smart meters on home appliances — efforts they equate to a big-government blueprint against individual rights.

How best to use land around cities is a real issue, and I generally applaud people for getting involved in real debates. These folks, though, are being both paranoid and stupid. The paranoid element comes from attributing all attempts to limit sprawl and increase density to the U.N.'s Agenda 21, a non-binding plan for more environmentally sensitive development passed back in 1992. The stupidity is believing that the way the suburbs are now is the result of the free market:


The Agenda 21’ers assume that the status quo mode of urbanization and suburbanization is the exclusive product of markets, individual wealth and democracy, and therefore it is American. Anything not resembling that model, therefore, is un-American, and probably derived from the United Nations, bent as it supposedly is on breaching national sovereignty.

But American suburbs are anything but a land of laissez-faire. The typical suburban building code forbids almost everything, and I mean that literally. By limiting construction to single family homes of certain styles on lots of above a certain size, with landscaped yards, streets of above a minimum width, and so on, they forbid most of the ways people in the world live. In a real free market, we would have many more town houses and apartment buildings, much narrower streets, more mixing of businesses and homes, and much less of the "green space" that surrounds new developments. One Texas councilman told the Atlantic, about his Tea Party protesters,


If they stop to think that what they’re supporting is this very draconian system of regulation … they wouldn’t stand behind it.

Much of the fault here lies not with the public, though, but with the way land-use planning is done in America. Probably no more than one percent of Americans have every attended a local planning board meeting, which is where most of the action takes place. The rules most suburbs have now are a compromise of sorts between the only people who do show up, developers and anti-growth activists. Much of the work is done by professional planners, not elected officials. Planners have a very strong herd mentality, and once a pattern is set it gets adopted everywhere, without the voters being consulted about it. Right now planners are all excited about sustainability and they are constantly throwing around buzzwords and acronyms that really do have the feel of international bureaucracy. In general I think it is good for people to pay attention and not just swallow the latest planning fads. If more people had paid attention to this 40 years ago, we wouldn't have so many sterile suburbs with ridiculously wide streets. Somebody, though, needs to explain to the Tea Party that the "free market" and the "American way of life" are not the same thing, and are often at odds.
Posted by John at 12:30 PM