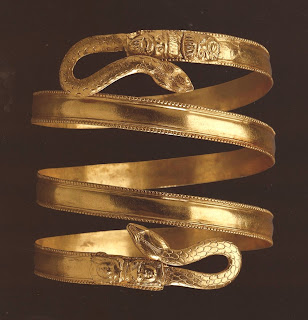 We have this false idea that the classical age was a time of restraint and good taste. Actually, of course, Greek and Roman statues and temples were painted bright colors, and everything else was as colorful as people could afford to make it. The best and gaudiest goldsmiths ever were the Greek masters, who were at their height between about 450 and 100 BC. 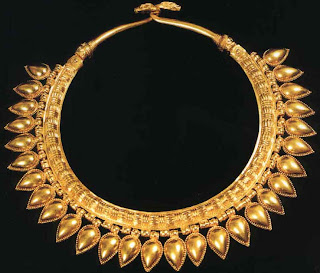 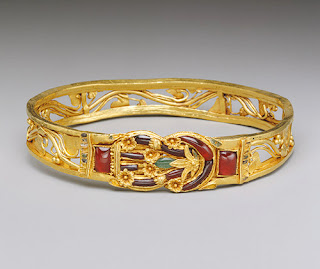 This was a time of cultural blending, especially after Alexander's conquests, when Macedonian generals ruled from Afghanistan to Nubia. Greek artists looked toward Egypt, the Middle East, the Steppes, and the Etruscans for stylistic motifs. Above, a piece dating to around 200 BC that has inspired a lot of the reproduction jewelry you can buy in museum shops. 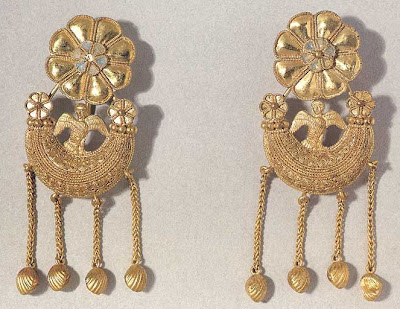 Earrings from Attica, 5th Century BC. 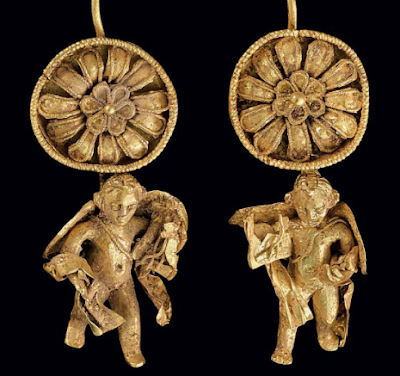 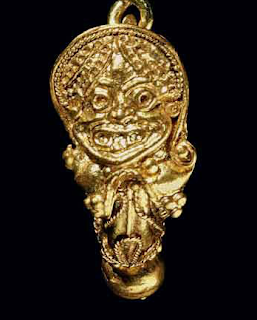 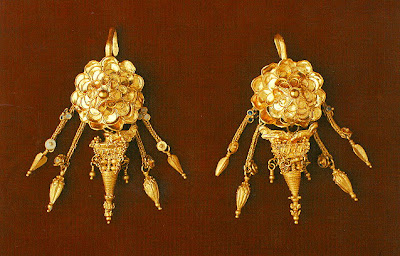 Earrings from the 4th Century. 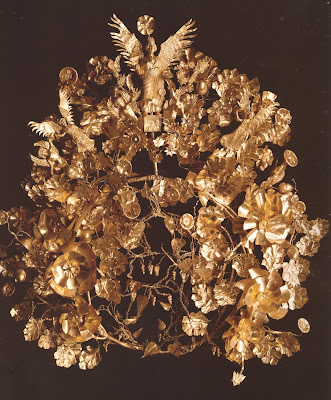 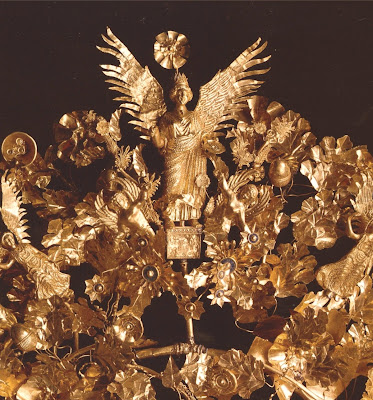 These gold funeral wreaths perhaps indicate what Hellenistic royalty looked like on grand occasions -- not much restraint in evidence here. This is from Armento in southern Italy, dating to the 4th century BC. 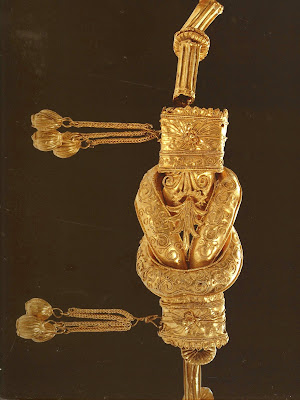 A gold Herakles knot, showing the amazingly fine detail ancient goldsmiths could achieve without lenses or artificial light. A diadem from Chiaradonna in southern Italy, 4th century BC. 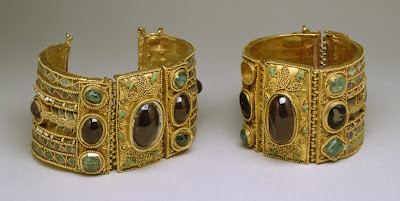 Armbands from Olbia in the Crimea. 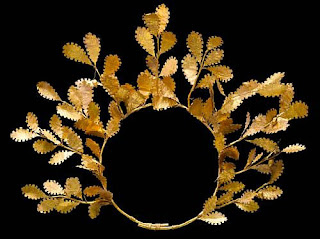 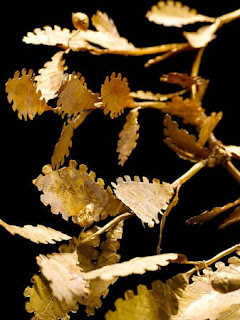 A wreath of golden oak leaves. 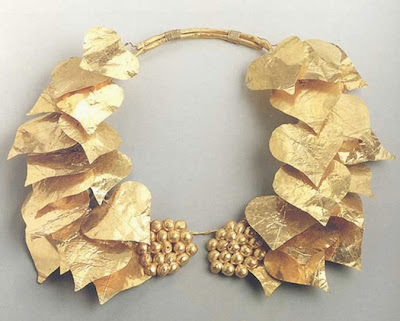 An ivy wreath, 4th Century BC. 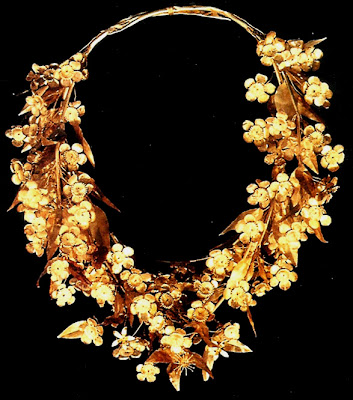 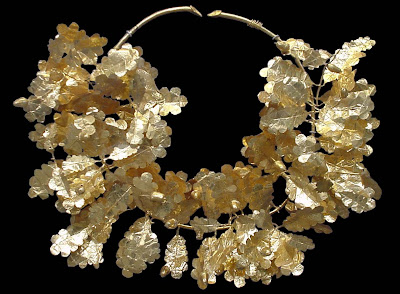 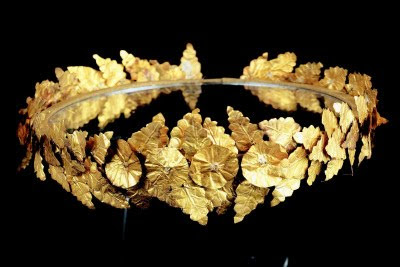 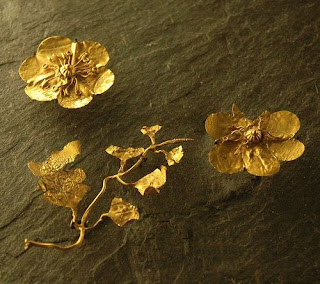 An amazing array of gold has come from the tombs of the Macedonian royal family. Leaves and flowers seem to have been a specialty of these smiths, as if the height of their art was to make dead gold live.
Posted by John at 9:23 AM