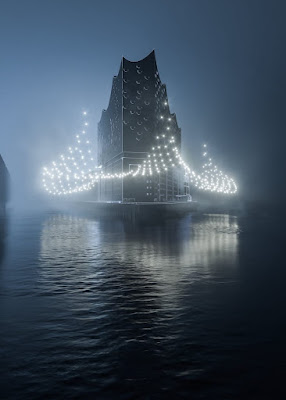 NY Times essay about growing up with a "prepayment meter," the way poor people in Britain pay for energy: "the monster in my home was a meter." You have to keep feeding money into the meter or it cuts off your power, so if you run out of money you're out of luck.

Informative essay about Christopher Lasch and how his critique of American society is being used by intellectuals on the right. Raises an important question: with faith in Progress fading, is there any way for us to be hopeful about the future?

Long, weird essay about Captain Kirk and the original Star Trek, focusing on the way we make Kirk into an icon of 1960s toxic masculinity. But: "The unfaltering truth of the matter is that Kirk gets dumped by beautiful, intelligent, independent women that he cared for on an emotional level more than he gets laid by random hot alien babes." The author is irritated that Kirk as seducer has become culturally entrenched while Kirk/Spock gay interpretations are dismissed as the idiotic fantasies of lonely women, when there is plenty of evidence in the show for both. Honestly the original Star Trek was not very good at keeping the characters or the world consistent, which means any interpretation has to ignore certain episodes.

The trash pickers of Cairo.

The small attention given to the death of Barbara Walters reminds me again that in the 2020s we are not much impressed by, and are even somewhat embarassed by, the narratives of second-wave feminism. Nobody feels much sympathy for white women who stormed corporate America in the 1970s. I think this is good evidence that the past never interests most people except insofar as it informs the battles of the present. With the battles picked by second-wave feminism largely won, nobody cares any more about the leaders of that struggle, and we have moved on to other battles and other heroes.

Another criminology student suspected of a gruesome murder.

The very weird preview trailer for the Barbie movie, leaving us no clue what the heck the movie is about.

Adam Tooze: "We need to talk about the state of Britain, the situation is dire. . . . the astonishing stagnation in productivity and real incomes now stretches back over more than a decade." Since 2007, Britain has experienced near zero growth in productivity and incomes. This is the worst 15 years of economic growth since the industrial revolution began.

New French law will require all large parking lots to be covered with solar panels.

Why we should not be sending people to Mars. Not necessarily my opinion.

Looks like Missouri is going to kill the first transgender woman to be executed in the US, which I would say pretty well crystalizes why some people think the fight over transgender rights has been a big distraction from other, more important issues.

Governments have mostly refused to even try small experiments in releasing sulfur aerosols to fight climate change, but shady private companies are going ahead, financing their releases by selling them as carbon offsets. Kind of a scam, since nobody knows if this even works. But if govenrments won't do the experiments, somebody should.

If you have any curiosity about French mystic and anarchist Simone Weil, I recommend this essay at Commonweal by Costica Bradatan, focusing on the year she spent as a factory worker.

The FTC has proposed banning non-compete clauses, an action I support 100 percent, although I doubt it would survive judicial review. If only we could pass a law, although that would require a Speaker of the House.

Major paper arguing that the very ancient stone tools from Pedra Furada in Brazil, dated to between 32,000 and 50,000 years ago, were made by capuchin monkeys. This was suggested in 2017 by our friend Stuart Fiedel, and the new paper finds that the Pedra Furada artifacts look more like those made by monkeys than those found at definite human sites.

Lots of scientific articles being published, but fewer and fewer of them represent "breakthroughs." The authors say nobody knows why, but it seems to me that the closer we get to understanding the world, the more this would be true; plus, we understand pretty well now all the stuff that is easy to understand and are shifting our focus to really hard problems like how brains and bodies work, how the climate works, and so on.

Summary of the top technological advances of 2022.

Fascinating NY Times story about three Norwegian friends who spend their winter nights searching for petroglyphs, because they are easier to spot by flashlight, with a little snow. And they have found lots of new ones.

Reports all over the internet about a New Year's Eve HiMARS strike on a technical school in Makiivka where Russian mobilized soldiers were staying, with talk of hundreds of casualities. Confirmed by Girkin. And a thread of Russian comments and reactions.

Ukraine said months ago that they were beginning to make their own 152 mm artillery shells, and now there are photos of these shells in use at the front.

Footage shot by a French television crew inside Bakhmut, series of short videos.

New Years' special from Russian television. Surely a sign of a sick society.

Interview with a senior analyst for Danish intelligence, says Putin's decision to invade Ukraine may have been influenced by cancer medication. Putin will likely not die from the disease, "But over time, it may lead the Russian elites to decide they need a stronger man at the helm."

"with faith in Progress fading, is there any way for us to be hopeful about the future?"

Do you think this is why there are more and more dystopian novels being written?

Word counts for online media show that the use of negative words is rising while that of positive words falls. I am mystified as to why our mood is so bad but, yes, post-apocalypse is the genre of the moment.

The very weird preview trailer for the Barbie movie, leaving us no clue what the heck the movie is about.

I mean, it's a Barbie movie. It's about Barbie. What else would it be about, man's existential struggle for meaning in a hostile world?