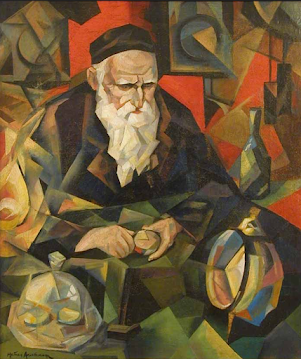 Time for another link to the post explaining why the number 13 is unlucky.

The history of Mate or Yerba Mate, a South American holly bush whose leaves produce a drink rich in caffeine, beloved by (among others) the Argentine national football team.

Teenage girl cyber-bullied in texts that add up to hundreds of pages; culprit turns out to be her own mother.

Video of a rescued beaver building a dam from Christmas detritus.

The secret to the durability of Roman concrete may be "hot mixing" using quicklime, which leaves small nodules of lime in the concrete that can promote "self healing" of cracks.

I was going to respond to Ezra Klein's thoughts (NY Times) on a book called "Where is My Flying Car?" but Kevin Drum said all I was going to say.

Good Vox article on the Idaho student murders and how the police were able to identify the suspect.

Grim statistics on employment for Ph.D.s in the humanities, including "in 2019 and 2020 1,799 historians earned their Ph.D.s, and only 175 of them are now employed as full-time faculty members."

House to House, the latest album by Canadian folk singer Matt Andersen, was chosen by Ted Gioia for his Best Music of 2022 list. Gioia called him "a big man with a big voice."

The personalities of all US presidents in one diagram.

Polar bears in fields of flowers.

Drone photos of the tops of lovely old skyscrapers.

Despite careful warnings about the material, including one in the syllabus, an adjunct professor is fired for showing a 14th-century painting of the prophet Muhammad, after Muslim students complained. (NY Times, Daily Beast, New Lines.) This fills me with burning rage for two reasons: first, because universities have no compunction about material offensive to conservative Christians, and I think that whatever rights we extend to Muslims we have to extend to everybody; and second, because the students objected on the grounds that the painting made them feel uncomfortable and unwelcome. If you ask me, a university that isn't making students feel uncomfortable is not doing its job. I was musing the other day about offering a course in which every lesson and reading was chosen to offer a full-on attack on something that most students believe: Aristotle on slavery, Bertrand de Born on the joy of war, Emma Goldman arguing that feminism is doomed to fail women, etc., etc.

Big shipment of weapons from the US announced on Three Kings Day, including 50 Bradley IFVs with 500 TOW missiles, on top of armored vehicle donations from France and Germany.

The Kyiv Independent on the Battle for Bakhmut.

Us official say Russian artillery fires are down 75% from their peak, and Russia and Ukraine are now firing about the same number of shells.

Report from Soledar on January 9.

Amazing satellite view of the dense cratering around Bakhmut. And more here.

I too found many things about that Hamline story horrifying. One was that the complaint is arguably really about one group of Muslims objecting to the way other Muslims have practiced Islam. I wondered if the complainants, especially the woman who appeared at the center of it according to the NYT article, were Salafists. That makes this complaint a bit like if John Knox attended an art history class and objected to images of the Sistine ceiling being shown. It's important for liberals like me to remember, it's one thing to want Muslims to be part of our glorious multicultural tapestry etc., but Salafists Are Not Your Friend.