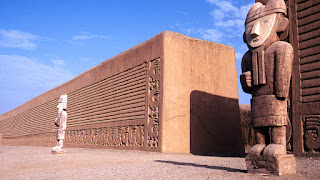 Restored Facade of the Ciudela Tschudi at Chan Chan

Chan Chan is a huge archaeological site in the harsh desert of coastal Peru, near the mouth of the Moche River. The city served as the capital of the Chimu Empire, and around 1400 AD it may have had 60,000 inhabitants. It was built almost entirely of mud, probably the largest city ever built without stone or wood. But it must have been a very strange place. 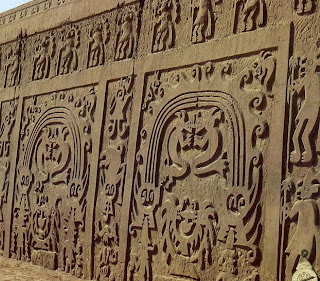 What we know about the Chimu comes from Spaniards who got most of their information from Incas, the great enemy of the Chimu, so everything comes with a lot of caveats. It was the Inca who destroyed the Chimu Empire, in 1470. According to those same sources they easily took Chan Chan after a short siege by cutting the canal that supplied the city with water. 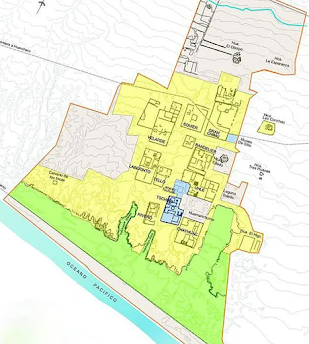 Basic map of the site 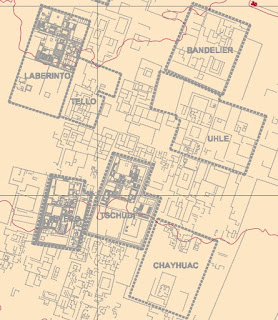 Detail of the center of the site

There are in Chimu two distinctly different kinds of space. Much of the area was taken up by ten huge, walled compounds the Spanish called ciudelas. The biggest of these measures 220,000 square meters, or 54 acres. They included enormous empty courtyards, vast audience chambers, and other extravagant wastes of real estate. 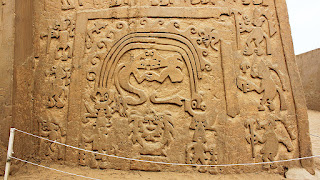 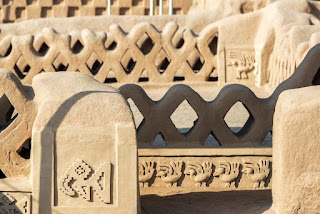 Many of the walls were decorated with relief carvings. 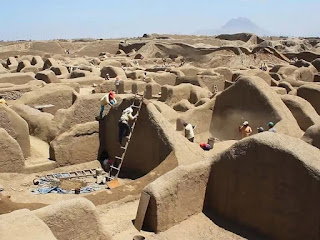 Some people clearly lived within the walled compounds, but most of the inhabitants lived outside them in small, mud-walled dwellings that archaeologists call Small Irregular Aglutinative Rooms, SIARs for short. These were on the order of 3x3m (10x10 feet) and don't look like nice places to live. The contrast is very stark. Our sources confirm the class divisions, telling us that the Chimu were strictly divided into three castes: royalty, who had gold in their blood, aristocracy, who had silver in theirs, and commoners, whose blood was made of dirt. That may have been invented by a Spanish priest who had read Plato, but it does convey the vast inequality of the place. 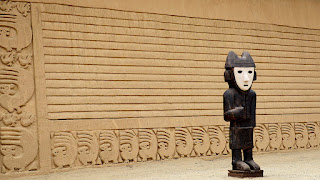 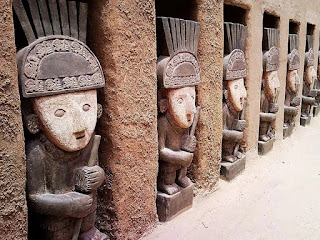 Why ten huge palaces? Well, the Spanish told a story about that. They said that each Chimu king built his own palace and lived there with his 50 to 100 wives. When he died, his wives were all buried with him and the palace became a temple devoted to the spirits of the king and his consorts. His personal wealth now belonged to this temple compound, used to insure perpetual memorialization of the ruler. A hereditary caste of priests, possibly drawn from the king's children with lesser wives, lived off that property. 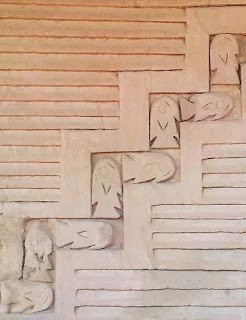 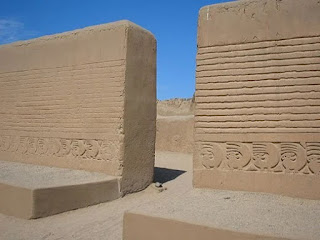 Modern archaeologists are not so taken with this view. For one thing there isn't much evidence that the function of the palaces ever changed, and some have imagery that suggest they were devoted to a particular god. Also there are only ten, and the Chimu state seems to have endured for 600 years. So maybe each was the dwelling of a particular elite family. Either way, the elite of Chimu lived in spatious compounds separated from the common, SIAR-dwelling masses by walls up to 10 meters (33 feet) tall. So far as we can tell, most of the commoners were craftsmen who worked for the elite, building and decorating the palaces and supplying them with luxury goods. 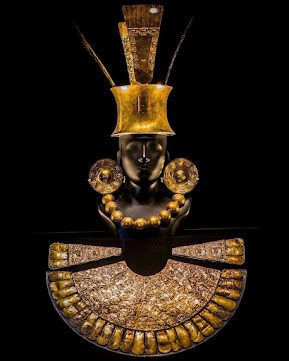 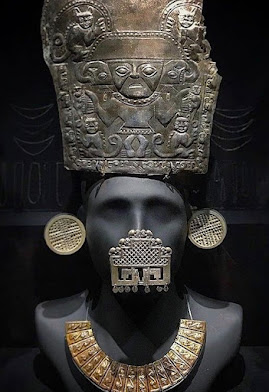 The Spanish looted the heck out of Chan Chan; in fact some of Pizarro's men formed a partnership based on Catalan mining law to do a thorough job of it. They wrote of melting down doors coated in gold and silver. Nonetheless a great deal of wonderful stuff has been found there, much of the most spectacular stuff from a series of tombs within the Pyramid of the Moon. 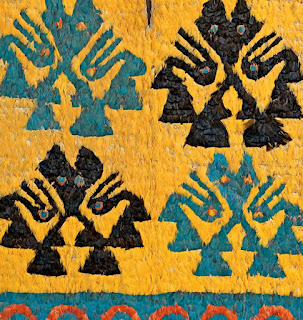 The dry desert conditions have preserved much wonderful art in feathers, like this tabard. 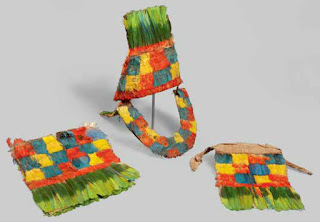 I have to say it changed my imagination of the place to see these feather outfits, basically Chimu bikinis with matching headdresses. 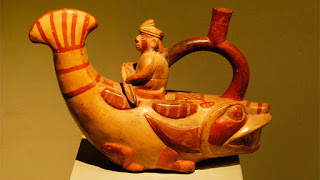 A huge amount of pottery has been found, much of it in effigy forms like this. 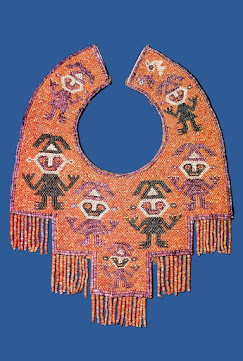 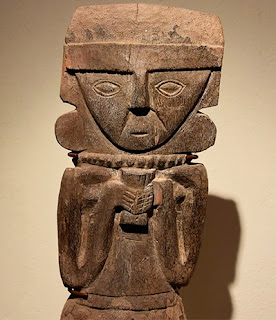 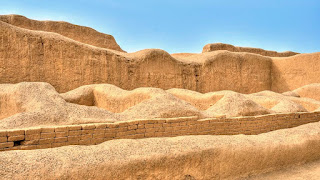 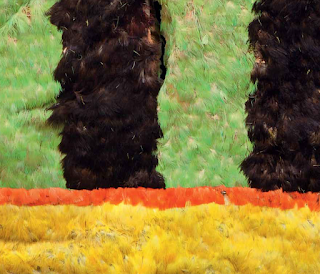 Chan Chan is an amazing place, but it also sets me thinking about the vastly unequal societies that created most of the past's wonders, and the suffering common people endured in the shadows of the palaces.
Posted by John at 5:37 PM