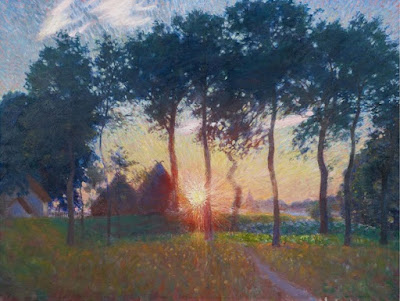 Hans Olde (1855-1917) was a German painter and lithographer of no particular fame, but I like some of his work. (Sunrise) He had a son, another painter also named Hans Olde, but the younger Olde's work looks nothing like his father's, so there is no confusing them. 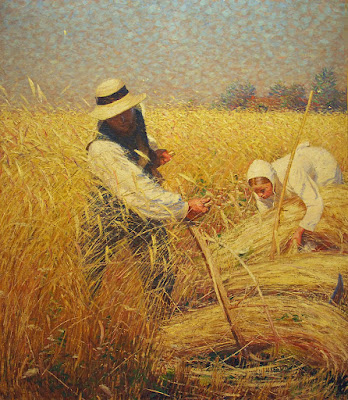 Olde came from a farming family in Germany's far north and had to rebel against parental authority to become an artist. He had a rapid rise in the art world, studying in Munich and then at the Académie Julian in Paris, where he exhibited at the Salon and discovered impressionism. (The Reaper, 1892) 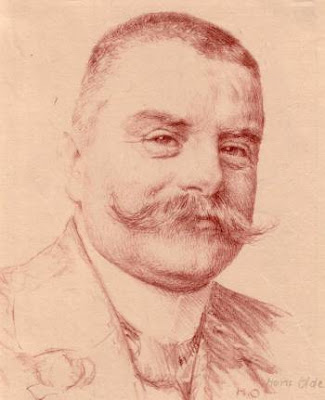 Olde paid the rent by doing magazine illustrations, and these days those are some of his most famous works. This is the poet Detlev von Liliencron. 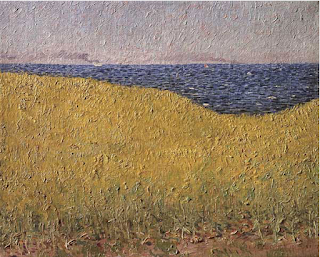 After returning to Germany he helped found the Munich Secession – these organizations sprang up all over Europea as a rebellion against the authority of the salons but in the way of such things quickly became the establishment themselves. Then he moved back the the district where he grew up and, in 1894, helped to create the Schleswig-Holstein Art Appreciation Society. These days he is best remembered in the German-Danish borderlands, and that is where you are most likely to find his work in a museum. (Field of Rape on the Baltic Sea, 1895) 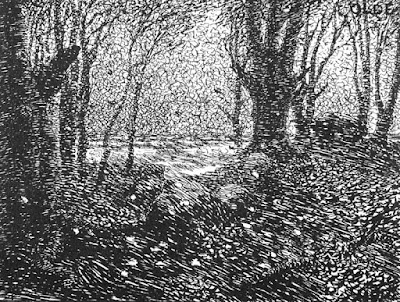 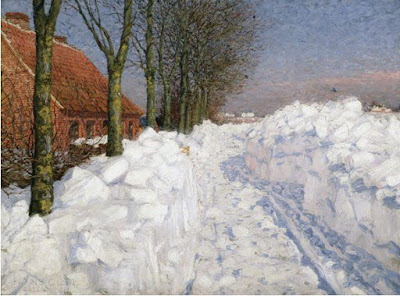 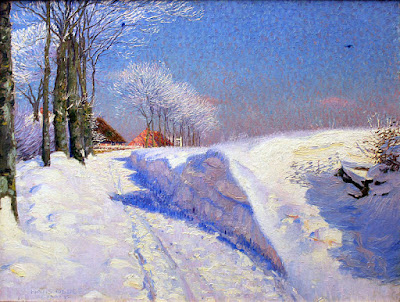 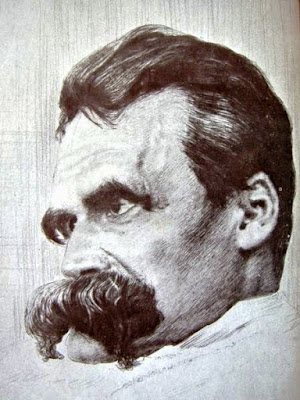 This is the most famous of all Olde's works, Friedrich Nietzsche in the Asylum, 1898, done from a photograph for the magazine Pan.
Posted by John at 12:51 PM