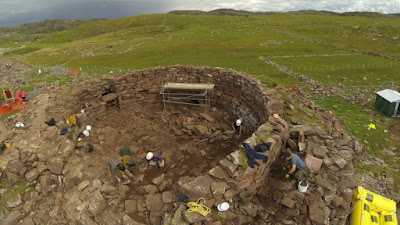 Clachtoll Broch is a fortified Iron Age house on the northwest coast of Scotland. Recent excavations have shown that it burned catastrophically some time between 150 BC and 50 AD and was then abandoned. Which is great for archaeologists, since it means a lot may have been left behind. 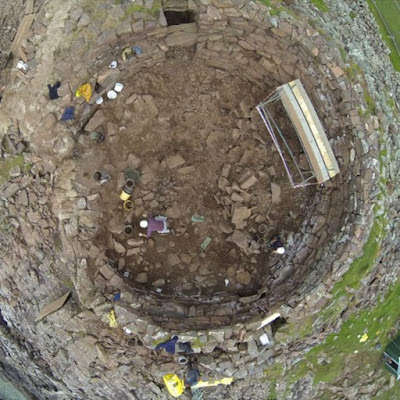 Previous excavations inside brochs have mostly been disappointing. It seems that while they were occupied they were kept clean inside, and once they were abandoned they were thoroughly looted by the neighbors. 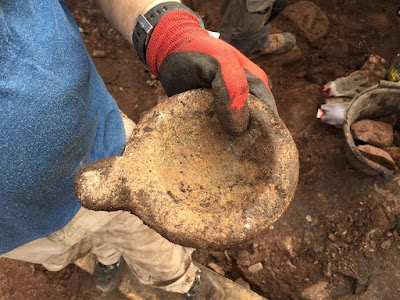 But Clachtoll Broch has already produced some nice artifacts, such as this stone lamp, and maybe more will turn up as archaeologists keep digging through the rubble. 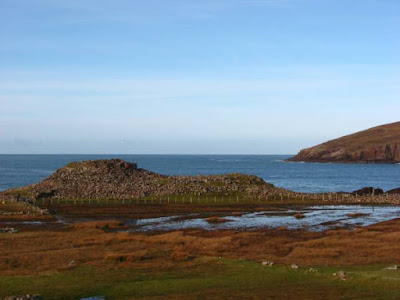 More on brochs here and here.
Posted by John at 9:25 AM