Visions of Our Solar System 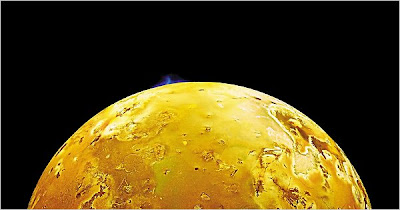 Above, Jupiter's moon Io, and below, Mars, from a new exhibit at the Air and Space Museum titled Beyond: Visions of Our Solar System. Creating these images involved a lot of processing using various sorts of partial and filtered images. From the review at the NY Times:

Color was also an issue, as with the Hubble. “Almost all of these photographs,” Mr. Benson writes, “required substantial amounts of digital processing. Many had never been rendered into color before, or if they had they’d long since vanished.” In general, whether a spacecraft used video technology or digital sensors, three successive shots were taken in black and white, each using a different frequency filter, so color information might later be deduced.

But because the camera might be whipping by a planet at 35,000 miles per hour, these three raw images might not perfectly match. So Mr. Benson and his colleague, a planetary scientist and imagery expert, Paul Geissler, transformed them so they could be superimposed and used to create color pictures. In some cases color information was unavailable and had to be inferred from another mission’s shots of the same landscape. The show’s panoramic glimpse of a Martian dust storm, Mr. Benson explained in an e-mail message, took him months of work, drawing on about 100 images. 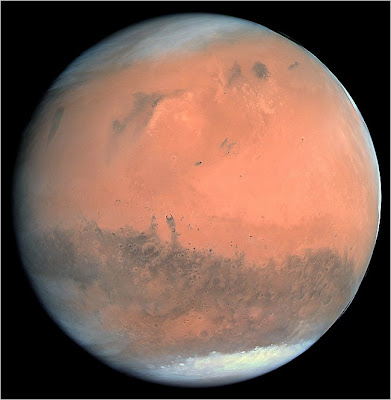