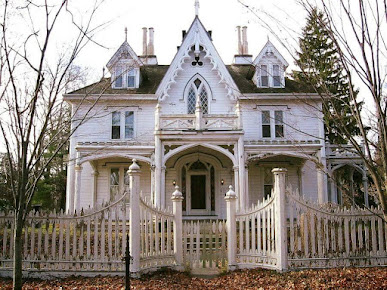 In Canberra, Australia, a drone package delivery service had to shut down after nesting ravens repeatedly attacked drones flying near their nests.

The looming fight over Apple's requirement that remote workers return to the office.

Why do we have women's chess tournaments? "I support the right to fun, even when it undermines feminist ideology."

During the US Civil War, mapmakers struggled to keep up with the rapidly changing political situation in the southwest.

Excellent Guardian profile of Paul Gilroy, Afro-Caribbean-British scholar of race, history, and humanism, with interesting glimpses of the debates roiling that part of the academic world.

Why do African Americans have better mental health than white Americans? (More on this from Kevin Drum)

Vox says that given all the supply chain problems around the world, you should do your Christmas shopping now. Have a nice day!

The US Fish and Wildlife Service says 23 species should be removed from their Endangered Species list because they are extinct. Most have likely been extinct for decades, although controversy continues over a few, like the Ivory Billed Woodpecker. (NY Times)

Strange article about pawpaws that blames their decline on something to do with race and colonization, failing to mention that compared to bananas or pears they just don't taste very good.

Many Afghans are burying or otherwise caching works of art to hide them from the Taliban. (Washington Post)

On the internet, everything is a symptom of mental illness.

Suicide among American soldiers: "Last year, the military lost 385 active duty members to suicide, up from 267 people in 2015." Currently, the military suicide rate is three times that for civilians. (Washington Post)

The Plated Project sells very expensive, artist-designed plates to raise money for fighting hunger. Nice collection of the best images at This is Colossal.

People in New Guinea may have been hatching and raising Cassowary chicks 18,000 years ago.

These days the news makes it seem like professors live in fear of attacks from leftist students and colleagues, but Yale just had a professor resign from a prestigious post because wealthy conservative donors objected the liberal slant of her teaching and public comments. (NY Times)

And the Astronomy Photographer of the Year contest. Nice, but I want a ban on super-exaggerated false color.

Given how wildly uneven and varied the content of pre-K is, I wonder at how representative their data and conclusions actually are.

That said, I thought we had all realized at this point that the primary role of the early American "education" system is to serve as a daycare? It does impart some knowledge, to be sure, but it seems quite clear that most of the time, it's just a way to keep children occupied so parents can leave the home to go to work. Didn't the pandemic make that painfully clear to most people by now?

Pre-K itself might not raise elementary school achievement, but I highly doubt that's what most parents want from it - rather, they want to not have to devote so much time to constantly supervising their children, so the parents themselves can have something more like a normal daily routine, sooner in the child's life, rather than waiting several years until formal school commences.

Also, there's a lot more to school than just grades - preschool helps children get used to the idea of being away from home for a decent chunk of the day; it helps them get used to schedules and routines; it helps them socialize with other children and with adult educators; etc. Many children aged three to five wouldn't have much chance to develop such skills otherwise.

G. V. says, " preschool helps children get used to the idea of being away from home for a decent chunk of the day; it helps them get used to schedules and routines; it helps them socialize with other children and with adult educators; etc. Many children aged three to five wouldn't have much chance to develop such skills otherwise."

ABSOLUTELY!! The difficulty is in measuring these outcomes effectively.

Also, I would like to see studies that show specifically the effect of pre-K on academic proficiency for the most impoverished/deprived students, e.g. homeless kids.

Your point about the variability of pre-K programs is also significant: how many pre-K programs are introductions to "academics" vs simply supervised play? (NOT knocking the latter by any means, but we cannot expect such activity to contribute to academic achievement.)