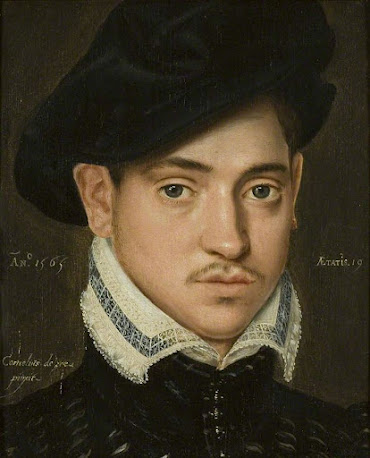 And one for our reader David: Freddie de Boer, a revolutionary socialist and probably the farthest left thinker I regularly read, explaining why he spends so much energy these days fighting woke excesses that he thinks are wrecking the left and the Democratic party.

Nine-minute Vox video on how systems of rainscreen cladding have completely changed the way buildings are built, and how they look.

Trump ally and QAnon supporter Michael Flynn has to rebut rumors among the QAnon faithful that he has become a Satanist. What did he really say about the sevenfold rays? What was the meaning of the girl in the red shoes?

The catholic diocese of Catania in Sicily bans godparents, because they serve as a way to reinforce mafia ties. (NY Times)

Interesting long review of a new biography of John Maynard Keynes that doubles as a reflection on the influence of Keynesian economics since his death in 1946.

All the people who got a tattoo of what they thought was a wolf skull, except it was really a raccoon skull. Turns out raccoon skulls look more badass.

When police send a skeleton to forensic anthropologists, they want to know its age, sex, height, and race. But the translation of skeletal characteristics into the racial categories of a nation that sometimes considers "Hispanic" to be a race, and where almost all black people have some European genes, is not simple, and this is starting to really bother practitioners who worry about imposing rigid racial categories on the dead. (NY Times)

Interesting White House Historical Association post on Elizabeth Keckly, author of the 1868 memoir Behind the Scenes or Thirty Years a Slave, and Four Years in the White House.

Somebody on Reddit put together a little summary of the thought of economist/futurist Robin Hanson, clear, simple, interesting. The concept of inside vs outside perspectives is especially valuable, and it has a heading so you can go right to it if the rest bores you. "Scott" is of course Scott Siskind.

A long time ago, I think around 1980, I first learned of the studies that show loud sirens cause people to panic and act stupidly, embolden ambulance drivers and fire fighters to take foolish risks, and have minimal impact on how fast responders get anywhere. The studies still show this, but as you can probably guess this has had zero impact on the use of sirens. (NY Times)

The rise of fictional influencers.

This week's music is North American folk with Frazey Ford: Done, Runnin', September Fields, and one from her days with the Be Good Tanyas, The Littlest Birds Sing the Prettiest Songs.

So I read your Freddie De Boer link on fighting the woke. I agree with everything in it. I'm not troubled by fighting the woke in principle. But this is the first Freddie De Boer essay I've ever read, so I don't know how it fits into the larger context of his work. What bothers me about the way you fight the woke is that it comes in the context of you consistently going super-easy on the Right. The Right seems to bring out your tenderness. I don't think a group that controls more than half of state governments and has consistently either controlled every branch of federal government or been within a whisper of doing so for the last five years needs anyone's tenderness.

The left can get people fired, and that's bad. They're also hurting the Democratic brand, and that's not good either. They say a lot of stupid things, like that asking for correct math answers is a form of oppression. But they don't control any state governments. They don't have four seats on the Supreme Court.

Beyond that, of course, the right obviously irritates my emotions, my hate and fear, in a way the left just doesn't. This is true of the right in both its Bush II and Trump forms.

My goal is not to go easy on the The Right, it is to stop insulting ordinary people who voted for Trump for whatever opaque reasons Americans cast their votes. I think the way to win their votes back is to ease up on wokism, stop saying that white peoples' pain counts less than others', and recognize that working class white people in the US have a lot to be angry about.

And let me add that one of the reasons I left Facebook was that after the election my feed was pretty much nothing but insults directed at Trump voters (NOT Trump himself, or any of his cronies, or anybody on The Right) by a wide array of my friends. I thought it was ugly and awful and the worst possible politics.

Very interesting. I don't disagree with your statements. But I think, deep down, I still see myself as the nerd with glasses getting pushed around by the likes of Matt Gaetz, while Lauren Boebert laughs in the background. Of course, politically, Gaetz and Boebert are just tools, and Karl Rove and Mitch McConnell would never have done the shoving. But I think there is something about the guilt-free way they exercise power that speaks to that.

Ross Douthat has a section from his book in the NYT now. Reading it inspired me to try to read De Boer's essay on Douthat's book. I couldn't make it through. In spite of De Boer's lady-doth-protest-too-much denials, I found the essay pretty cruel and high-handed. De Boer is fixated on resisting Douthat's self-diagnosis of Chronic Lyme. I have no skin in the game on this particular medical debate; I had never heard of it before Douthat's book came out. To De Boer's credit, he admits that his skin in the game is cultural and personal rather than scientific: "I have also known a fair number of people who claimed to suffer from chronic Lyme, and they have all been… crunchy. The diagnosis and its inherent antagonism to the medical establishment fit very well into a kind of bourgie hippie boomer counterculture." He thinks a complaint of Chronic Lyme is a self-indulgence of privileged yuppies, a group for which he seems to have limited patience.

It seems to me that, as far as the Chronic Lyme diagnosis goes, it would be easy enough to cite the scientific evidence against such a diagnosis, and then say, "So Ross must be suffering from something else." One of the great things about science is its willingness to say, as Yuval Harari emphasizes, "Ignoramus": we do not know. As far as I can tell, that's not what De Boer does. He goes the psychiatric route. Despite De Boer's protests, this route is belittling and pejorative and--a point that often gets lost--not much more rooted in science than Chronic Lyme is (at least, I'm not aware of a lot of rigorous science showing precisely how anxiety, say, could produce all the symptoms Douthat has, in the severity and duration he has them. (Of course, I'm not a psychiatrist, but I play one on television). It's also too often, let's face it, a way for internists to fob difficult patients off on someone else. I would say the same about that quote near the end about how everyone suffers--in which I detect a basic feeling that others' complaints of suffering make him suffer. Or at least, complaints of suffering from the upper middle class make him suffer.

All of which I suppose is me complaining that De Boer's essay made me suffer--or at least, it left me spitting mad.