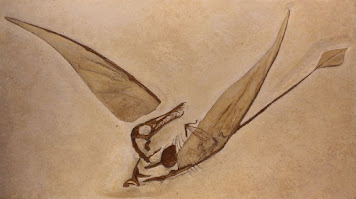 What if you split up and then OkCupid said the person you were most compatible with (98%) was your ex? (NY Times)

Scott Siskind reviews The Scout Mindset, another book telling you how to improve your own thinking and perhaps get other people to improve theirs, too. He also shares his thoughts on what happened to the Rationalist project of the 2000s.

And an amusing Siskind piece on the fake conspiracy theory of Tartaria, which says that buildings and art used to be so much more beautiful because those societies were actually much richer and more advanced than our own, and the history that says we are progressing is just a lie invented to cover up our catastrophic decline. ("A third-rate sixteenth-century merchant would have been ashamed to live in any building as base as Google's new headquarters.") This led to a great debate about architecture in his comments, and he reposted the best of it here.

Video of Hurricane Sam's 50-foot waves from a surfboard-sized floating drone, interesting but with nothing for scale it's hard to get a sense of what you're seeing.

Astonishing arrays of book covers that all use the same images, from Eye on Design.

Paul McCartney as in icon of productivity and career management.

Some historic South Carolina plantations are shifting their tourist programs from trying to draw curious white folks to trying to draw the descendants of people enslaved on the plantation. Hard to believe such a good article on a difficult topic ended up on Yahoo; some young journalist is working very hard for little reward.

If long-dead composers were earning royalties on Spotify, Bach would get the most at $299,000 a year. Others here.

Biohackers encode a virus in DNA that, if scanned by a DNA sequencer, becomes a computer virus and takes over the computer running the sequencer.

Animals in the Popol Vuh, and in Maya myth more generally. Interesting on the Maya but I find it irritating when anthropologists insinuate that western culture has some sort of monolithic and dismal view of other species.

At the annual Roadworks Festival, the San Francisco Center for the Book uses a 1920 steamroller to print linocuts in the street.

Interesting Tyler Cowen interview with Claudia Goldin, Harvard economic professor who has written a lot about gender issues. (Including a study I blogged about here on which women change their names after marriage.) Notable that even though she is a Harvard professor, surely one of the most arrogant groups on the planet, she still says "I don't know" more than any of Cowen's male guests.

Does Ethiopia have a future?

Foundations of one of the first black churches in the US unearthed in Williamsburg, Virginia.

Pair of skis recovered from a Norwegian ice patch in 2014 now dated to circa 700 AD, making them the world's oldest.

The zookeeper who became the husband of an endangered crane.

This week's music is Loreena KcKennit singing old Irish folk tunes: The Wind that Shakes the Barley, As I Roved Out, On a Bright May Morning.

Video of Hurricane Sam's 50-foot waves from a surfboard-sized floating drone, interesting but with nothing for scale it's hard to get a sense of what you're seeing.

You don't have nothing for scale - you do have the water itself, which behaves in certain distinguishably different ways at certain scales (at least when in motion).

I'm someone with a lot of experience looking at the ocean, and thus I can readily pick up on the scale of those waves based on subtleties I'm not really sure I can explain very well - things to do with the peaks and foams, the spray, etc. The way the water moves and breaks, the "texture" of the surface, provides a lot of information about scale. Water just behaves differently at smaller and larger scales, and to a "trained" eye that video clearly shows very large and immensely powerful waves.

Additionally, there is further indication of scale present in the lower left corner of the screen - that little spar and eyelet and cable visible there are a standard sort of size for a lot of boat related equipment, which gives a fairly fixed point of comparison. Also, we know that this is a "surfboard-sized floating drone", and we can assume the camera is situatued very low down near the water's surface itself, giving a sort of "sticking your head out of the water" angle.

There's also the brief moments when you can get a level view of the broader "terrain" of the sea itself, and see just how uneven the surface is - this, too, provides a sense of scale, if you are familiar with the different appearances of waves of different sizes as they move across the surface of the sea.

For those with the familiarity, that's more than enough scale context to indicate that these are house sized waves roaring by with tremendous force.