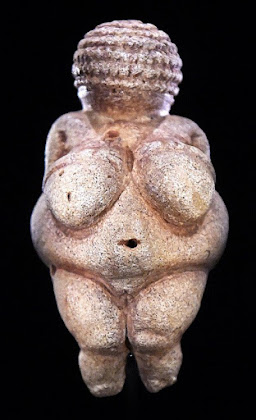 This is an issue that has been making trouble for at least a decade, but it makes the news now because of amusing events in Austria (NY Times):

OnlyFans has a surprising new member: the Vienna Tourist Board.

No, its account will not feature after-hours photos of employees. Instead, the board will use the adults-only site to show images of paintings and sculptures displayed in the Austrian capital that have been blocked by social media sites for nudity or sexual content.

The offending artworks include the Venus of Willendorf, a 25,000-year-old limestone figurine of a woman. Facebook removed a photo of it from the Vienna Museum of Natural History’s page several years ago for being “pornographic.”

There’s also “Liebespaar,” Koloman Moser’s early 20th-century painting, which the Leopold Museum included in a video post celebrating its anniversary in September. The video, which was blocked by the algorithms of Instagram and Facebook, “is a combination of details of the work and written feelings that are evoked by the painting,” said Christine Kociu, the museum’s social media manager. “It shows a nude couple embracing. It’s actually sweet.”

Which raises an interesting point about AI. I think it's impressive that the algorithm was even able to recognize a paleolithic figuring as a nude woman. But since we can't agree on what is pornographic, how will AI ever sort it out?

This also strikes me as another sign of the sexual divergence I have seen in our society, in which a public safe space of Victorian prudery coexists with a pornographic otherworld that is only a click away.