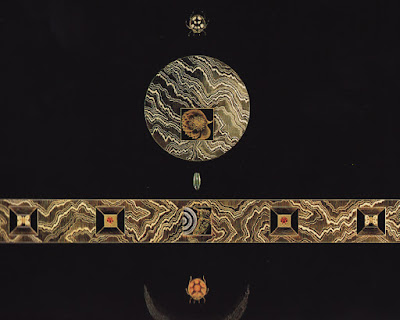 Setsuro Takahashi (1914 - 2007) was a Japanese lacquer or urushi artist much more famous in Japan than in the west. Above is a box lid titled The Part that is Distant Memory. 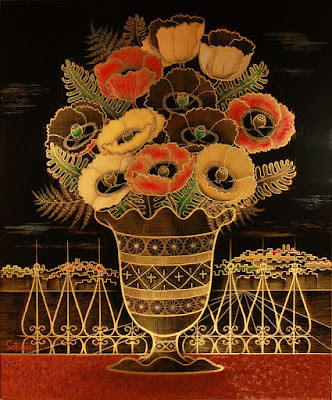 The only account of Takahashi's career that I have found says that he was encouraged to draw by one teacher in middle school, which I'm going to believe because I like to think of people's lives being changed that way. Takahashi went on to study traditional Japanese art in high school and college, and he had his first work in a major exhibit in 1940. Flowers, 1980. 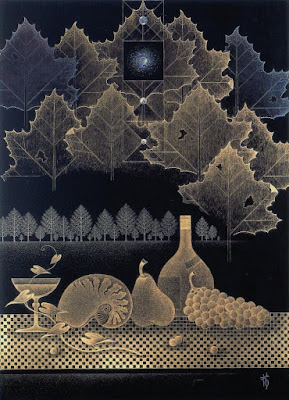 He kept working at his art through World War II; it always strikes me to hear about people for whom the war seems to have meant only a minor interruption in their careers, especially in Japan or Germany. Underplanting Shokei, 1980. 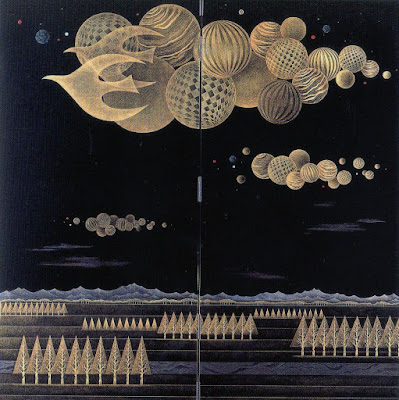 Most of the work for which Takahashi is known today was done in the 1980s and 1990s, when he introduced modernist motifs into the highly traditional world of Japanese lacquer work. Among other things he did abstract sculptures for several train and subway stations. Above is a folding screen titled Constellation Regression, 1986. 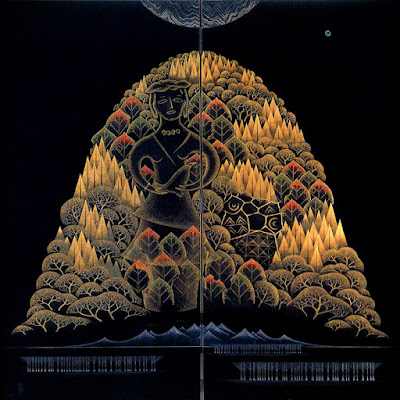 I couldn't find an English title for this one. 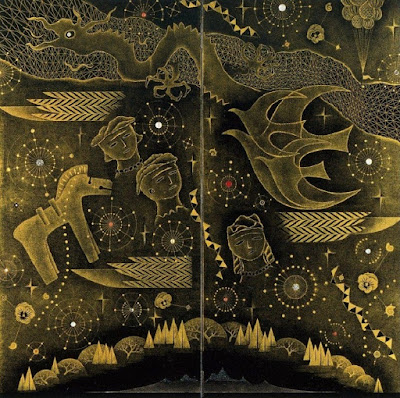 And Constellation Symphonic Poem, 1993
Posted by John at 6:18 PM