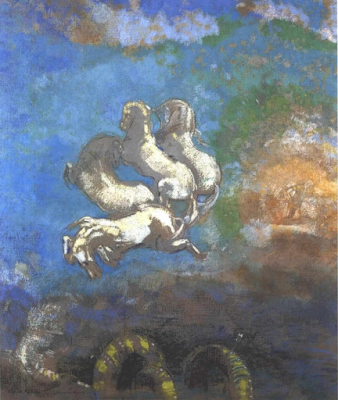 Odilon Redon was a French artist who first broke into the Parisian art scene via black and white drawings and lithographs. (Apollo's Chariot, 1905-1910) 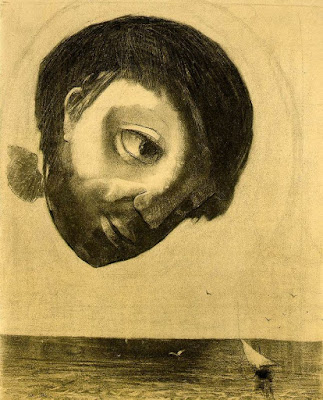 These were dreamy symbolist creations, sometimes nightmarish. From early in his career Redon was much beloved of other artists, who admired him more than the general public. He got a major boost when Joris-Karl Huysmans, an avant garde character, wrote a strange cult novel that featured a decadent aristocrat who collected Redon's drawings. (Spirit of the Waters, 1878) 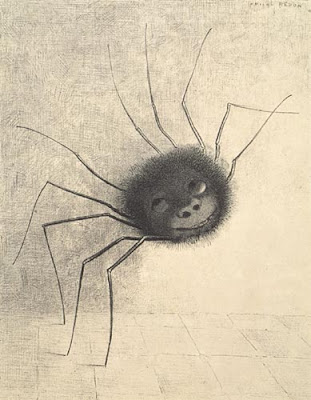 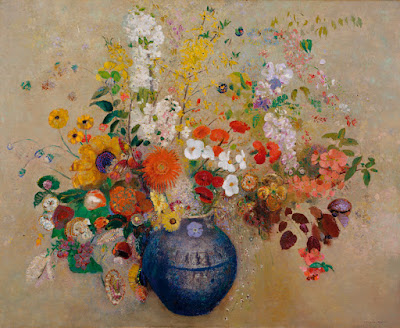 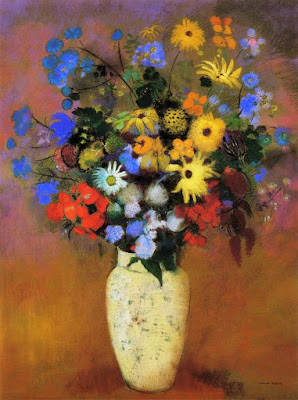 But once he had made it, as it were, Redon moved away from his black charcoal drawings and began to paint in riotous color. He painted numerous vases of flowers, which seem to be popular subjects for posters these days. 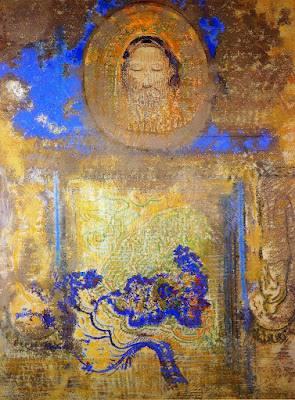 But he also continued to create paintings based on dreams and myth. Evocation. 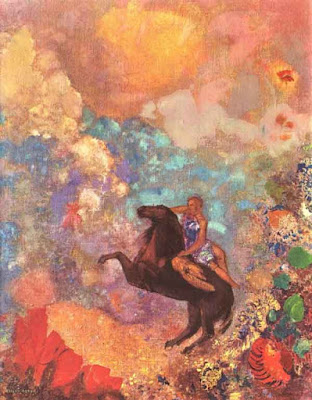 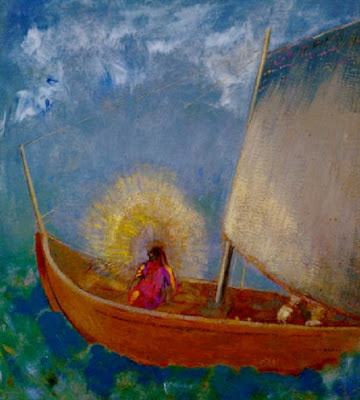 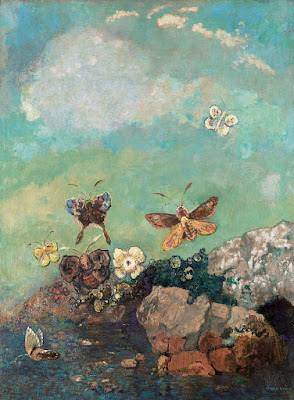 He wrote of his work:


I have made an art according to myself. I have done it with eyes open to the marvels of the visible world and whatever anyone says, always careful to obey the laws of nature and life.

I have done it also with the love for several masters who led me to the worship of beauty. Art is the Supreme Range, high, salutary and sacred; it blossoms; in the dilettante, it produces only delight, but for the artist, with anguish, it provides grains for new seeds. I think I surrendered obediently to the secret laws that led me to form, as best as I could and following my dream, things into which I put my entire being. If this art goes against the art of others (which I don’t believe it does), it has nevertheless brought me an enduring audience and friendships of quality and kindness that are dear to me, and rewarding. […] 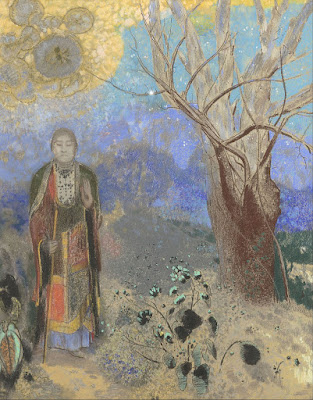 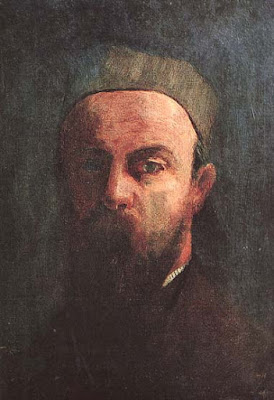