The Treasure of El Carambolo 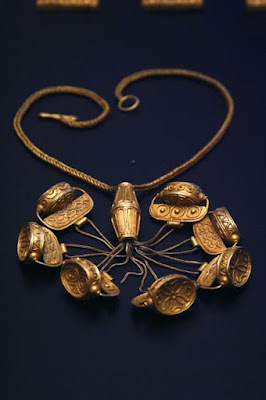 The Treasure of El Carambolo was accidentally unearthed in 1953 in the suburbs of Seville, Spain. It takes its name from the name of the hill where it was found. 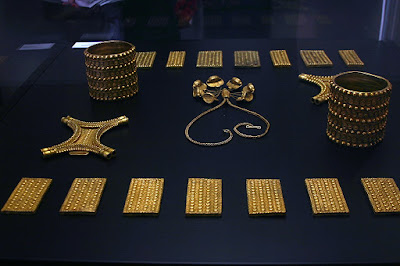 It consists of 21 pieces of gold that had been buried in a ceramic pot. 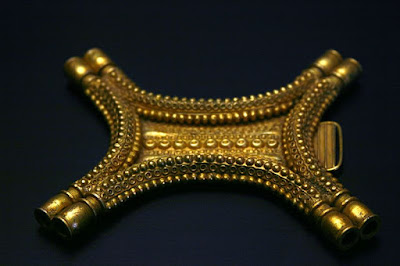 The discoverers thought this was Tartessian and associated with the older settlement, but now opinion has swung more toward a later date and therefore toward Phoenician influence. On the other hand chemical study of the gold argues that it was from Spain, so this was locally made. Lovely stuff. 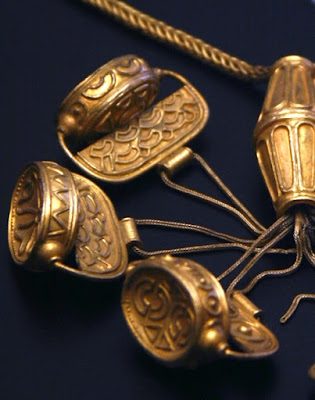