Wonders and Oddities from Classics Week at Christie's 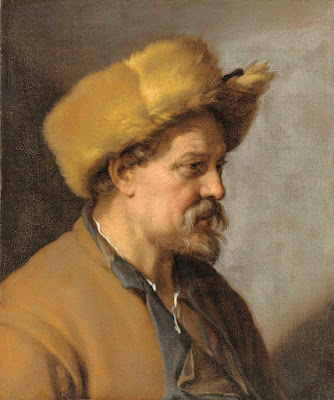 A few things I found perusing the online catalogs for "Classics Week" at Christie's in London. Above, Portrait of a Man in a Fur Hat, attributed to Abraham Bloemaert, 17th century. 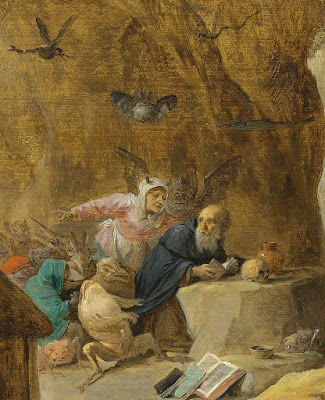 David Teniers the Younger, The Temptation of Saint Anthony, detail. Circa 1650. Looks to me like the leader of the demons tormenting the saint is his housekeeper. 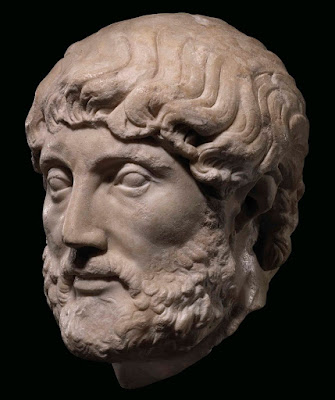 Roman portrait bust dated to the 2nd century CE based on the resemblance of its hair and beard to Hadrian's. 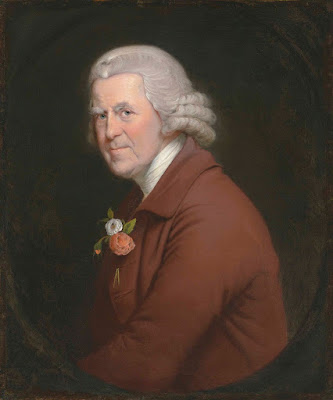 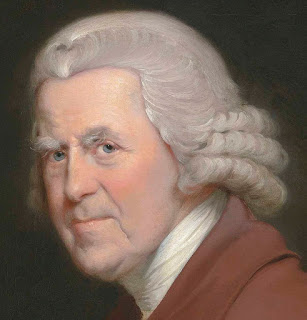 Joseph Wright of Derby, Portrait of Old John, Head Waiter at the Kings Arms. He looks like one of those waiters who was always better dressed and more dignified than the people he served. 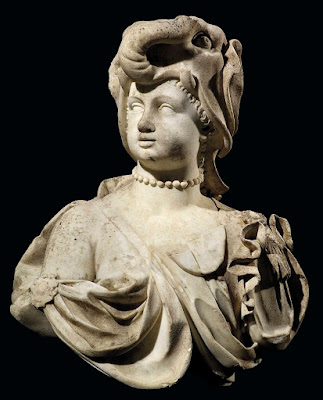 Africa, a bust from late 17th- or early 18th-century Italy. Presumably once part of a set of the personified continents. 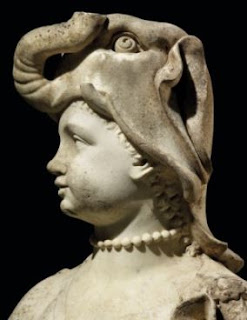 A different view, in case you were having trouble figuring out what she's wearing on her head. 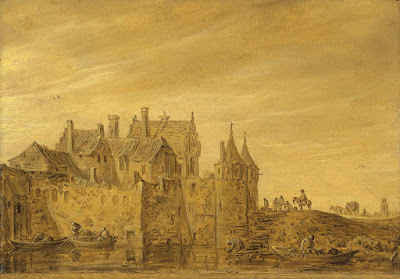 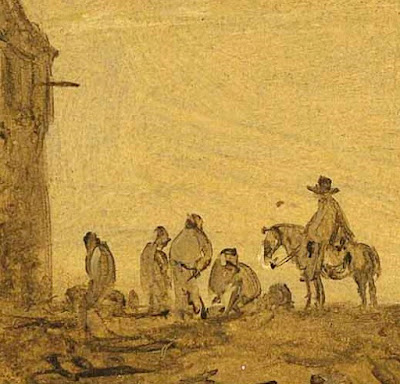 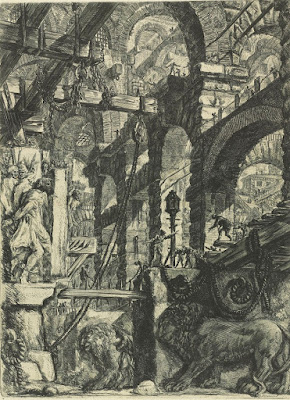 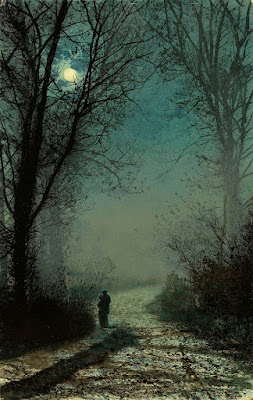 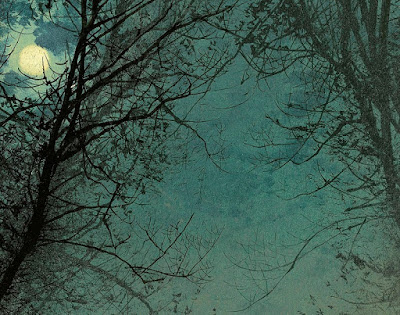 Love the painting of the branches. 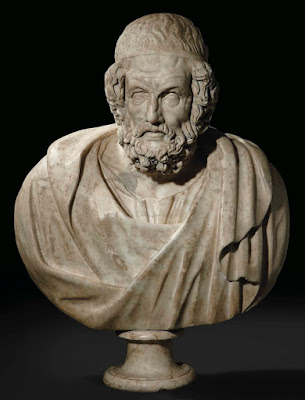 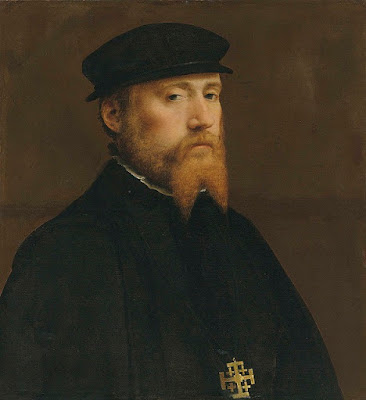 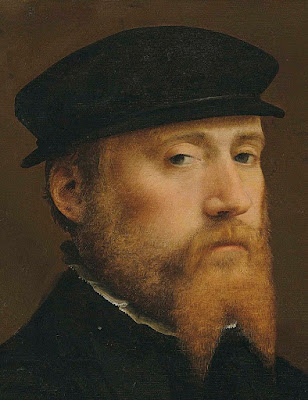 Workshop of Jan van Scorel, Portrait of a Knight of the Jerusalem Brotherhood. Circa 1540. If this was really done by the assistants rather than the master, he had some seriously talented assistants. Based on a quick perusal of what comes up in an online search, I would say that this is better than almost anything else van Scorel did; maybe the reason it is attributed to his assistants is that it is too good to be his. Whoever did it, I love it. 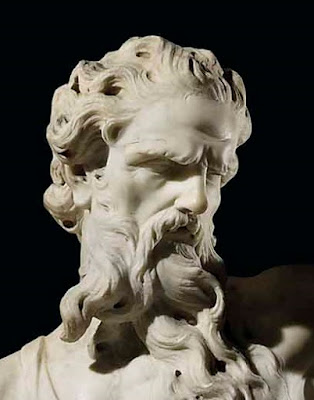 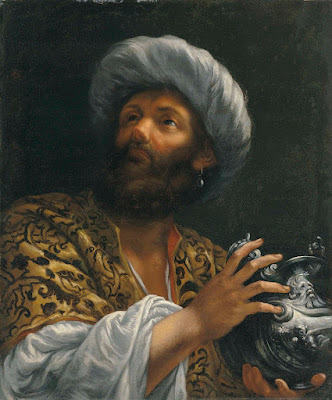 Giovanni Battista Gaulli, study of one of the three magi. 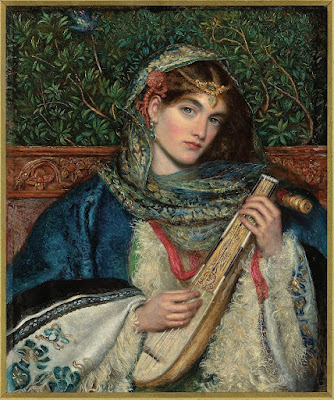 James Smetham – one of the original members of the Pre-Raphaelite Brotherhood – The Mandolin, 1866. Wikipedia has about twenty of his paintings, but I like this better than any of them.
Posted by John at 7:24 PM