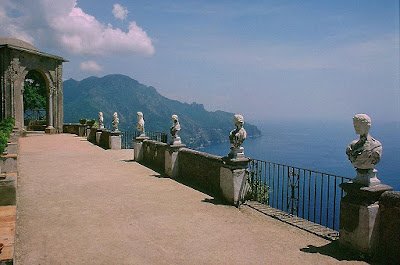 Villa Cimbrone is a famous jewel on Italy's Amalfi Coast, overlooking the sea just outside Ravello. The oldest sections were built around 1100 CE, by the Acconciagiocco. 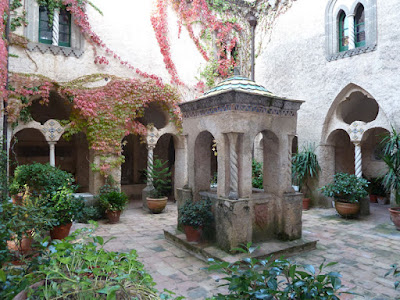 In the fifteenth century the house passed to the Fusco family, who held onto it into the 17th century. For a while it belonged to the pope, and then in the 19th century it was acquired by another wealthy local family, the Amici. 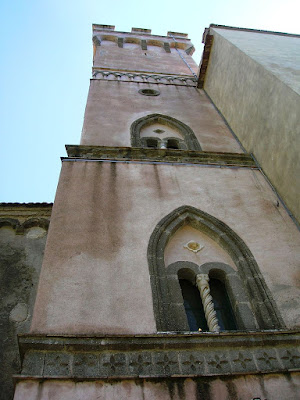 Much altered over the years it was described in 1861 by a visiting Englishman like this:


incomparable ... where the most beautiful flowers you can imagine flourished, coming from numerous plants of the South ... redesigned and enriched with countless ... ornamental features, small temples, pavilions, bronze and stone statues. 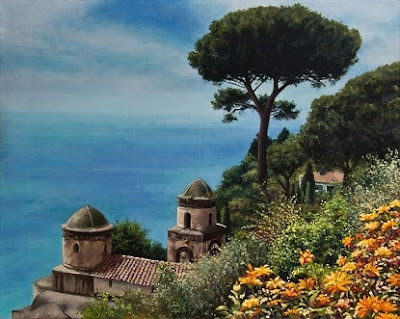 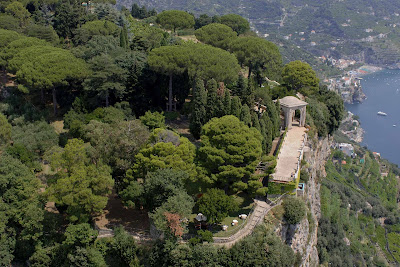 In 1904 it was purchased by another Englishman named Lord Grimthorpe, who despite his Dickensian title was a charming fellow and a noted gardener. He and his daughter, Lucille Becket, are largely responsible for the grounds as they exist today. 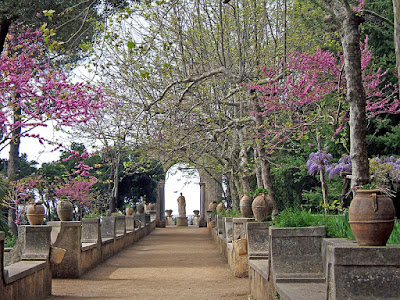 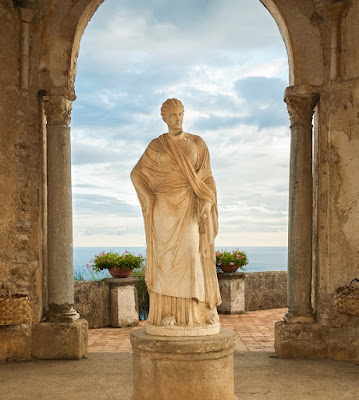 The "Avenue of Immensity" and the statue of Ceres at its end. Since 1976 the villa has been a hotel. 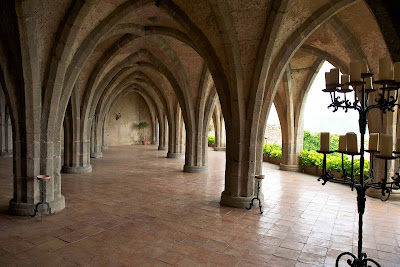 The cloister, now used for weddings. 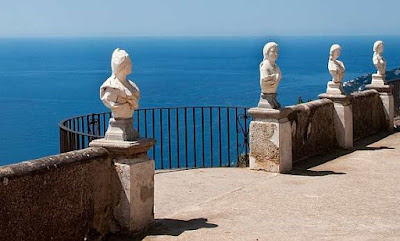 
Twenty five years ago I was asked by an American magazine what was the most beautiful place that I had ever seen in all my travels and I said the view from the belvedere of the Villa Cimbrone on a bright winter's day when the sky and the sea were each so vividly blue that it was not possible to tell one from the other.

This spot is called the Terrazzo dell'lnfinito, that is, the Terrace of Infinity. After reading about these spaces I have decided that I need to give more impressive names to the rooms in my own house, and the parts of my garden. 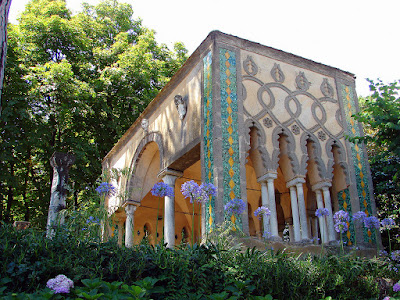 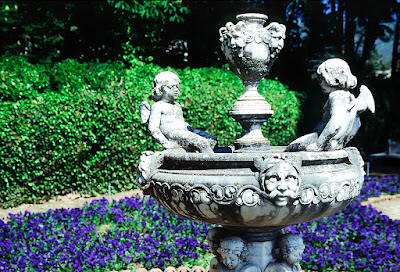 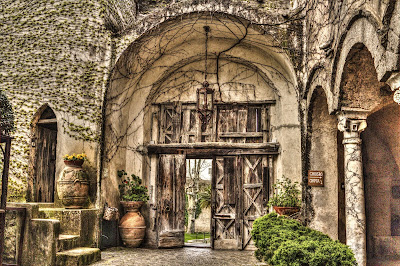 The entrance. Quite a place. 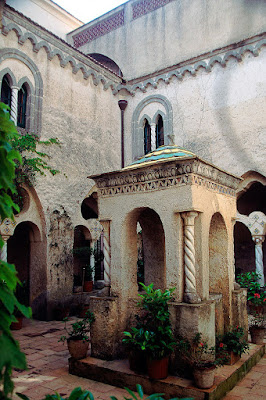