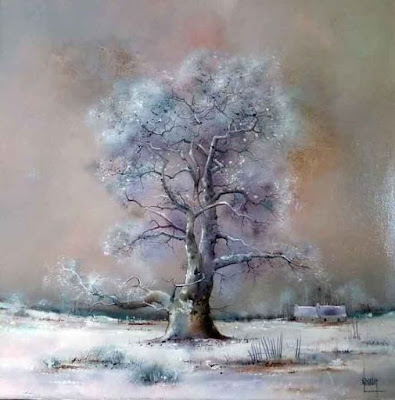 Bernard Louedin is a French painter usually described as surrealist, although he prefers "fantastique." I discovered him because he is one of the artists sold by the gallery where my elder daughter will start work in July, and she had to memorize a spiel about him.

I had trouble finding sources about Louedin, but I did find this French web page. The French is terse and rather difficult, so I let Google translate the page. The result was so perfectly appropriate for a surrealist that I have decided to take the rest of this post from that translation. 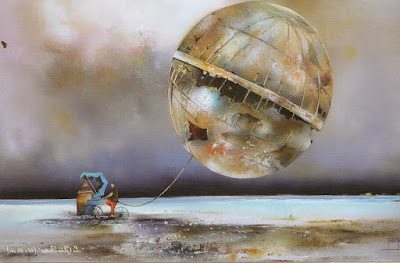 Bernard Louedin, surrealist painter, began drawing and painting to 8 years to 15 years. His father was a railroad's condition and completely uninterested in anything. His mother was a seamstress. 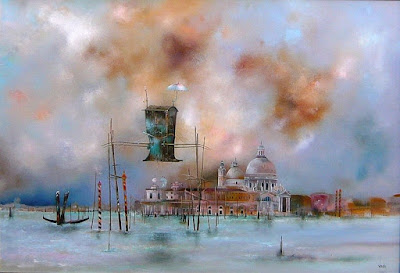 At 15 he bought his first book Modigliani but his mother threw him because there were bare. Instead of being discouraged, he said it was better to hide these books. Therefore he has not left the painting. At 16, a teacher. drawing took the class to the museum. Bernard Louedin, surrealist painter fell off before the fife Manet. Over time, it makes him think about the grace of Claudel. 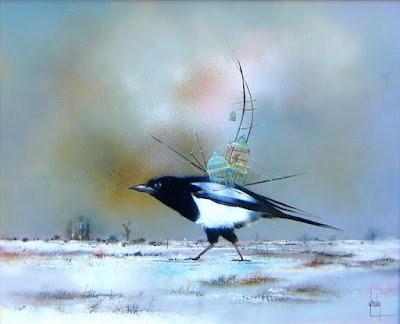 At 17 he worked with painters, he trained on the job. It's been 60 years that he painted. Party to its army in Algeria, he came upon a commander who loved painting (he knew Picasso) and gave him permission to practice. Small profit, he painted for his superiors. [I love that. Can't you just imagine the sort of French officer who would discover that one of his soldiers was a painter and let him paint instead of doing guard duty?] 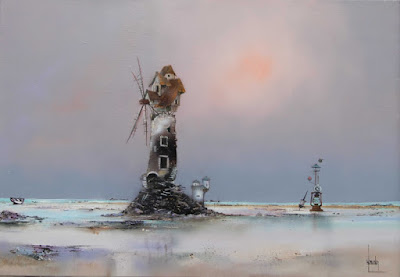 One critic, wanting to play on the words said he was doing a painting between wolf and deer. Bernard Louedin, surrealist painter think it is not wrong at bottom, under pleasant appearances, a small music is less easy. 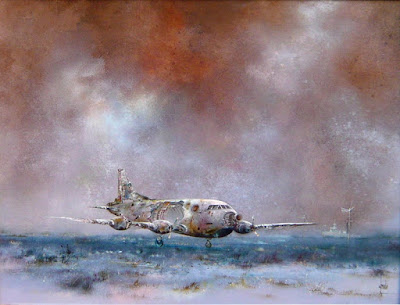 Bernard Louedin also likes to play with the words. A friend told him to have bowled and he understood "bubbles", so he painted a bubble player! He also loves to read Lacan although sometimes he understands nothing but the addresses like poetry. 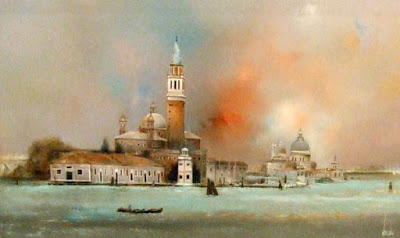 Besides, reading poetry help to warm to painter to put himself in a mood of creation, emotion. This compares to dancers, athletes with a need to practice every day. 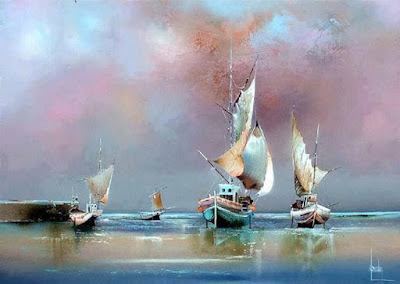 Bernard Louedin, surrealist painter , like many artists, poets, writers, has a work to perform and devotes all his energy to it. Sometimes to the detriment of non-essential social relations. His daughter became a psychoanalyst, dogs that are not cats! Bernard Louedin, surrealist painter loves understand mental mechanical people. It is also a pledge of indulgence. [I am guessing les chiens ne faisant pas des chats! is an idiom meaning something like "the apple doesn't fall far from the tree." But then again I might be wrong.]

Bernard Louedin, surrealist painter like shade, be recessed. He does not like artists who play the artist, poets who play poet, who need a hat to feel poet. 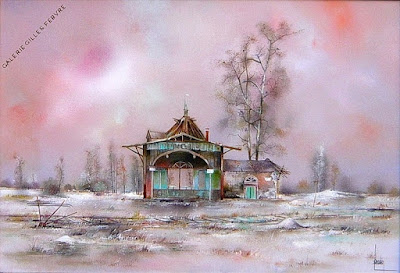 So work with gallerists suits him. At the opening he would not be present and do not talk about his work. Rather than explain, you have to look at the paintings. Bernard Louedin says to me that the explanation needed is a misunderstanding.
Posted by John at 9:51 PM