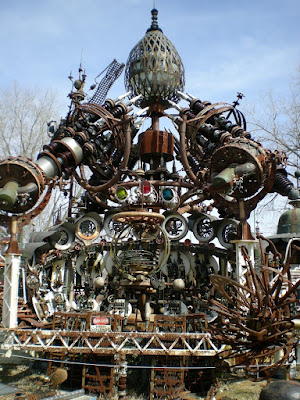 Today's bit of inspired madness is Dr. Evermor's Forevertron, a gigantic steampunk-ish sculpture made of discarded metal machines. It was built in the 1980s by Wisconsite Tom Every, who sometimes calls himself Dr. Evermor. 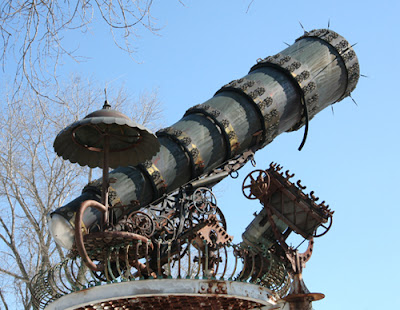 In the Dr. Evermor mythos, the machine was built to launch Dr. Evermor across time and space on a beam of energy. 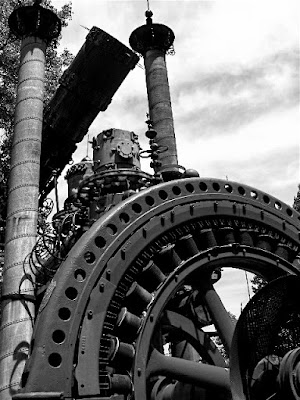 The Forevertron is 50 feet (15m) tall and weighs 300 tons. According to wikipedia,


The sculpture incorporates two Thomas Edison dynamos from the 1880s, lightning rods, high-voltage components from 1920s power plants, scrap from the nearby Badger Army Ammunition Plant, and the decontamination chamber from the Apollo 11 spacecraft. 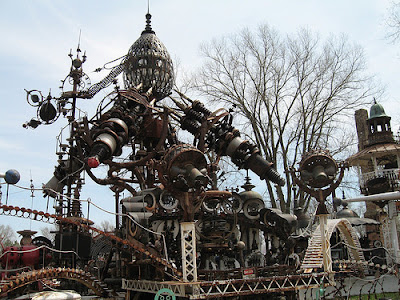 Every says of his creation:


Instead of imposing your interpretation, it’s best to leave it alone. I don’t impose my interpretation here, but I let others find their own interpretations. People that are stymied come here and pick up the brushes of energy. It’s a place to get the imagination and inspiration going, and what more can you really do for people than that?

All the elements and thoughts patterns of electricity and time travel are involved here. There is a reality, progression, and integrity of touching electricity and time, and this is the product of that. I am most into energy flowing, and I have nothing but respect for it. 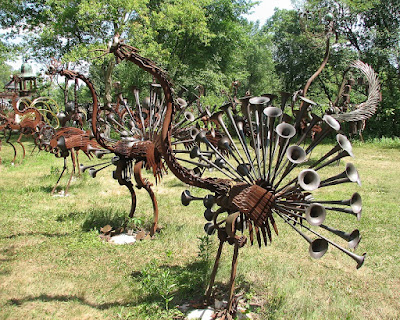 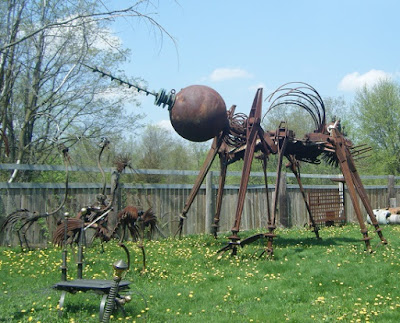 The Forevertron is surrounded by a menagerie of junk metal animals, people (or robots?) and machines, some of them very clever. 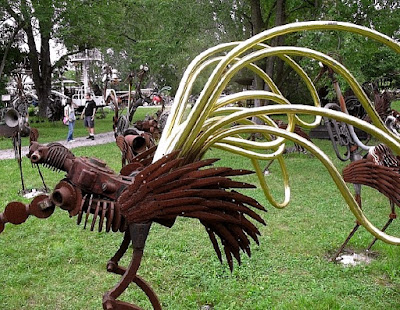 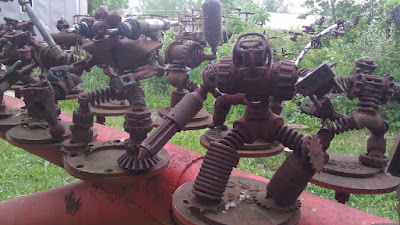 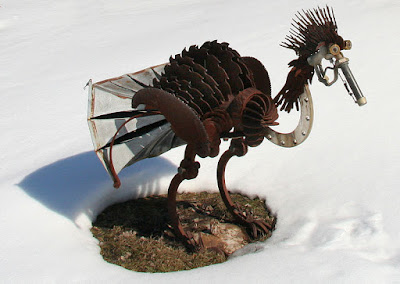 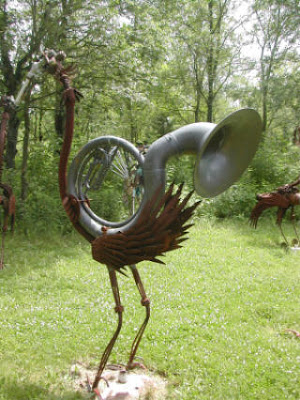 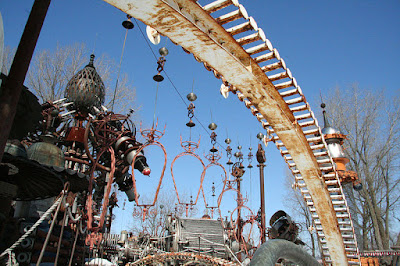