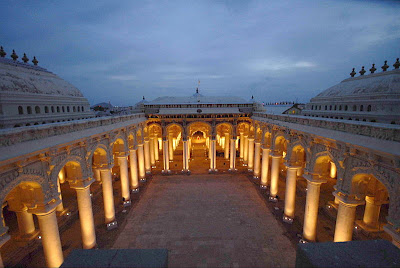 This impressive palace was built in the 1630s by King Thirumalai Nayak. Madurai is in India's far south, and this architectural style is called Dravidian. Only about a quarter of the original palace remains, mainly two buildings facing a columned courtyard. One is the royal audience hall, the other a dance hall. (Meaning a place to watch professional dancers, not a ballroom.) The king is supposed to have consulted an Italian architect in the design, but so far as I can tell this is a bit of nineteenth-century folklore and it may have been dreamed up to explain the octagonal dome and the European details in the molding. 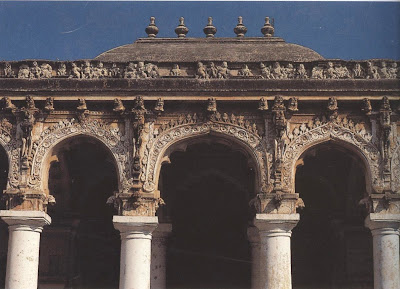 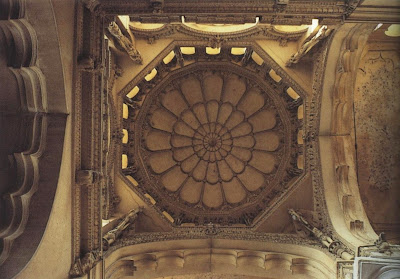 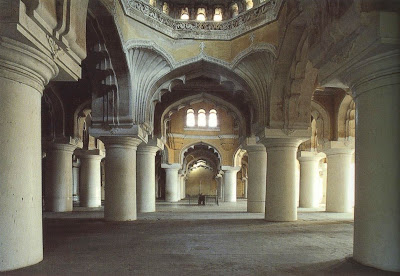 The audience hall is a very impressive space. 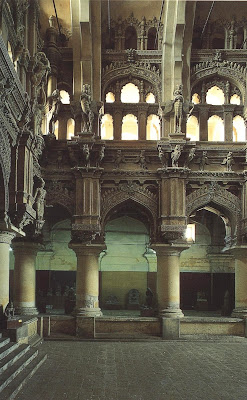 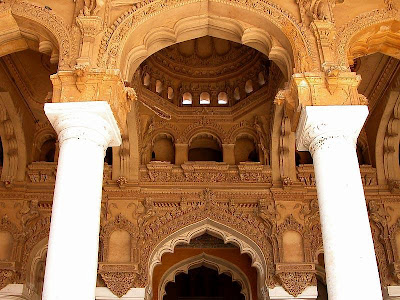 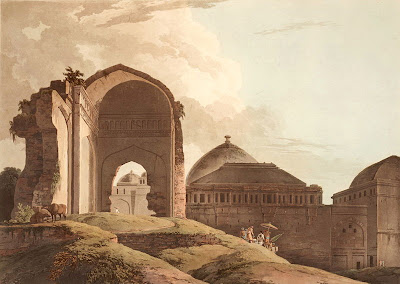 This 1798 drawing by Thomas Daniel shows some of the ruins that once surrounded the surviving parts of the palace, until they were built over.
Posted by John at 9:04 PM