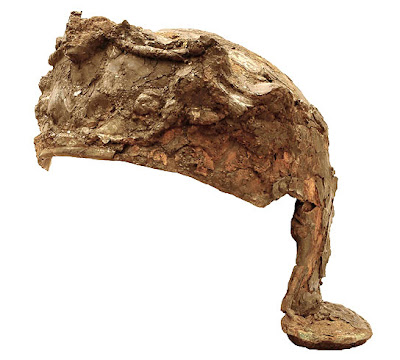 I wrote back in January about the Hallaton Treasure, a trove buried in Britain just as the Romans were conquering the island. Among the finds were the fragments of a ceremonial Roman helmet, likely a diplomatic gift to some British chief. The helmet has now been restored, as much as it could be without adding anything modern to the fabric (above). 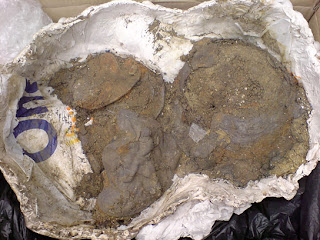 The helmet as it arrived in the lab. 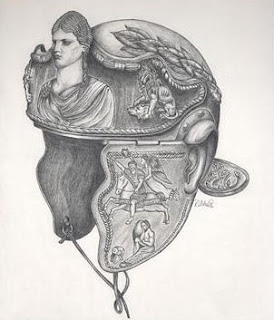 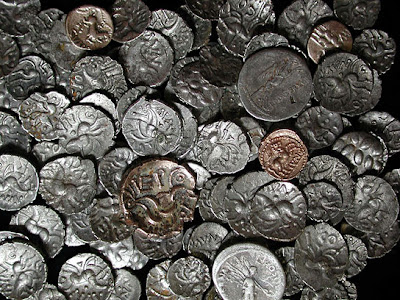 And some of the coins from the treasure.
Posted by John at 6:49 AM