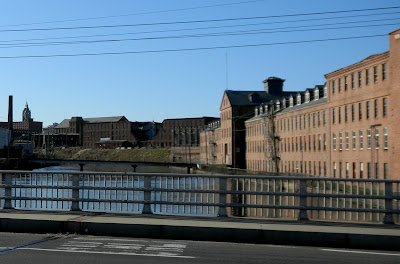 Mt. Holyoke College is in the town of South Hadley, a pleasant suburban sort of place. But with time to kill before her interview, Mary and I decided to explore the closest place big enough for a dot on my state map, the city of Holyoke. So we crossed the Connecticut River on a long bridge and entered another world. 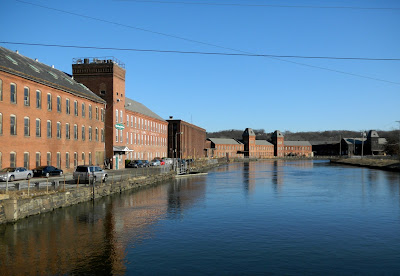 Holyoke was once a humming hive of industry, and now it is a vast complex of abandoned brick mills. The scale of the factory district amazed us, one huge mill after another along the banks of the city's two canals. At one time this was the largest center of paper manufacture in the world and also produced "steam pumps, blank books, silk goods, hydrants, bicycles and trolleys." 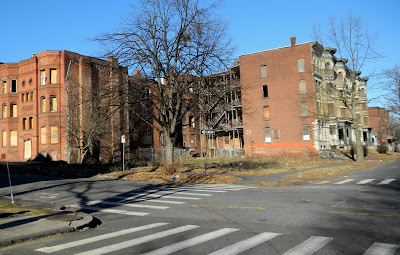 Behind the mills were rows of crumbling apartment buildings and burned out houses, and whole neighborhoods where every person we saw on the street was Hispanic. (According to wikipedia, Holyoke has the highest percentage of Puerto Rican inhabitants of any city outside Puerto Rico, 38%, and overall the city's 39,000 inhabitants are 48% Hispanic.) 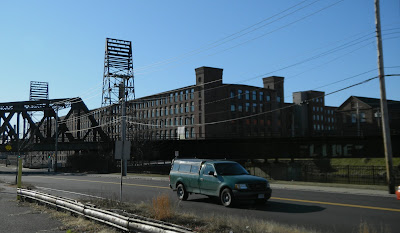 The city grew up around a dam built at the largest falls on the Connecticut River, which was begun in 1849. The entire city was planned by the consortium of investors who built the dam, and they laid out a neat grid of streets extending back from the four miles of canals dug by immigrant Irishmen. 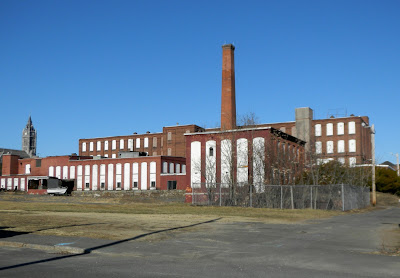 A few of the mill buildings are ruined, but most look to be in good shape and some seem to have been adapted to new uses. 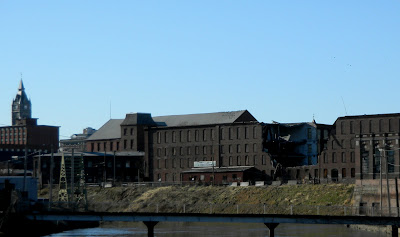 It was startling to find such a place amidst the green hills and historic villages of western Massachusetts, which shows the value of driving to the next town just to see what's there. 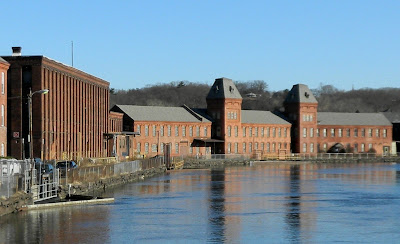