Fu Baoshi: Traditional Chinese Painting in an Era of Revolution 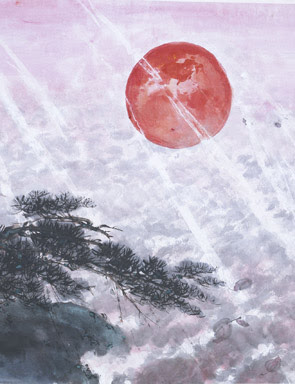 Fu Baoshi (1904-1965) was one of the most important painters of China's revolutionary era and one of Mao's favorite artists. You can perhaps see why in Heaven and Earth Glow Read, 1964 (above), which fuses a traditional Chinese eye with Maoist iconography. 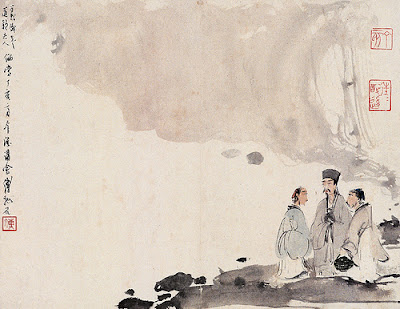 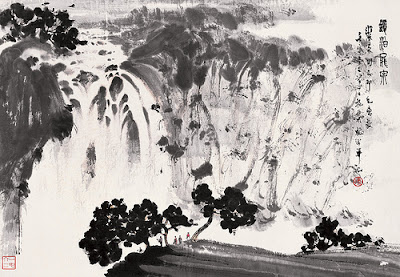 On the other hand Fu, who had been an apprentice in a decoration shop, went to Japan in 1933-35 to study art, and everything I have read points to Japanese influences on his style. Considering that Japan was already occupying Manchuria in 1933, and that most Chinese people with any sort of Japanese connection were purged after 1945, it is interesting to me that Fu was able to remain prominent; after the Revolution he was one of the leaders of the Federation of Chinese Artists. Above, some of the many Fu works I have found online without title or date. 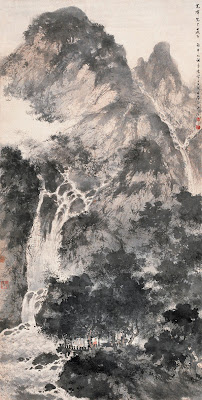 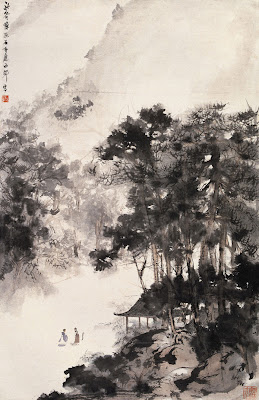 Like any Chinese artist of traditional bent, Fu Baoshi was a scholar as much as a creator. He was an expert on Tang Dynasty painting, and some of his landscapes have the feel of that era. I haven't been able to find titles or dates for these. Fu did many others like them, and you can see more here. 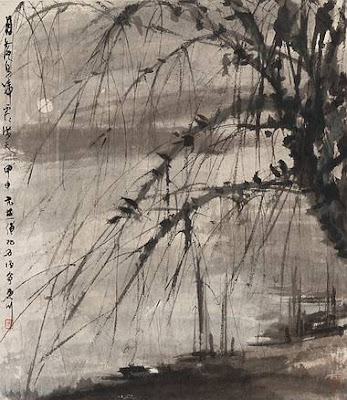 This is an interesting work, based in the most traditional Chinese way on a line from a classic poem, but rendered with a more spare and Japanese sensibility. Crows in a Willow, 1944. 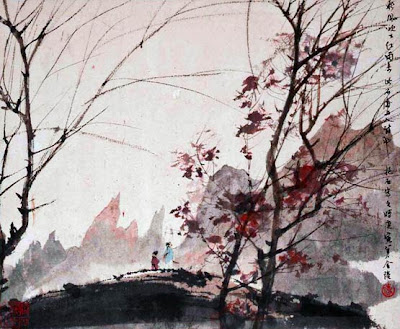 I like this painting very much: Landscape of the Four Seasons, 1950. 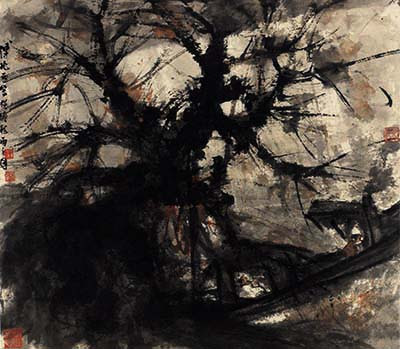 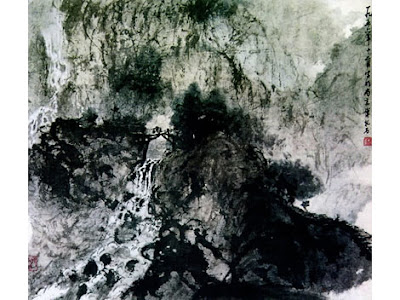 Fu also did paintings in this dark, brooding style, and I would like very much to know if these were done before or after those Tang-like scrolls. But I can't find dates for any of them, and only a title for the one on top, On a Lake, I Listen to the Sound of Rain. 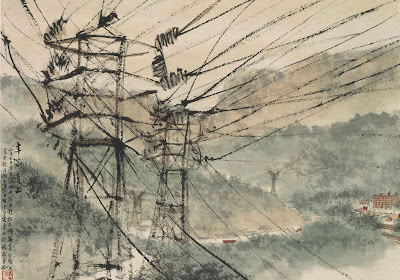 This is a jarring image: Electric Towers, rendered in the style we associate with imperial tea houses. It also sums up Fu Baoshi's project, of becoming a modern artist while staying true to the ancient traditions of Chinese art. I think he succeeded brilliantly.
Posted by John at 7:05 PM