That's Very Twilight Sparkle of You 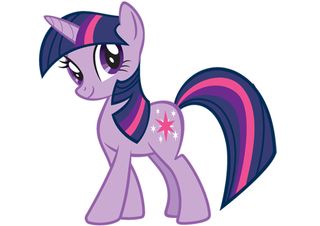 Julia Galef at 3quarksdaily ponders the large adult fan base of the latest tv revival, My Little Pony: Friendship is Magic:


And you might be even more taken aback to learn that many, if not most, of those adult My Little Pony: Friendship is Magic fans are men and that they've even coined a name for themselves: "Bronies." At least, I was taken aback. In fact, my curiosity was sufficiently piqued that I contacted Purple Tinker, the person in charge of organizing the bronies’ seasonal convention in New York City. Purple Tinker was friendly and helpful, saying that he had read about my work in the skeptic/rationalist communities, and commended me as only a brony could: “Bravo – that’s very Twilight Sparkle of you!”

Sometimes it's hard to know what to make of the world.

Update: My 19-year-old son reports that he finds the show "pretty funny" and that two of his friends are big fans.
Posted by John at 1:11 PM