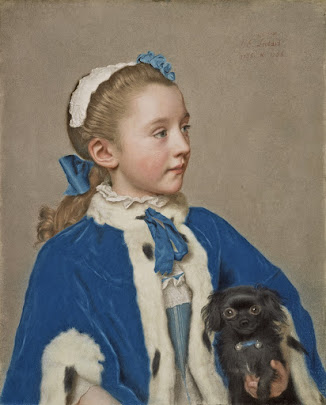 Scott Siskind's review of How Asia Works by Joe Studwell, an important work attempting to explain the great economic success of Japan, South Korea, Taiwan, and China. Studwell thinks land reform was the crucial first step, and that growth in the Philippines and Thailand has been impeded by the power of landlords.

And Siskind reviews the status of genetic screening for embryos. (Summary: so long as IVF generates only 2 to 10 embryos per cycle, the technology can't do much beyond screening for the worst problems.)

The K-pop boom was launched by the Korean government to broaden its range of exports. Question: could this be replicated in other places?

One of the first people to study 17-year cicadas in the modern, scientific way was Benjamin Banneker, African American almanac maker, surveyor, etc., born and died in my neighborhood of Baltimore County. So far as I have found, he was the first person to correctly predict a cicada year, in 1800.

The letter Benjamin Bannker sent to Thomas Jefferson with a copy of his almanac, asking Jefferson to support equality for "the African race."

Eleven cool artifacts from the wreck of the Mary Rose.

The elderly Iranian couple who confessed to killing their own adult children, saying their offspring had become "immoral."

Review of a new biography of Edgar Allen Poe, focusing on his interest in science.

Tanner Greer says that "culture wars are long wars" because, essentially, they are not resolved until a new generation grows up and takes over.

Strange, long, highly intellectual essay about Wallace Stevens, Harold Bloom, poetry, criticism, Yale, New Haven, homosexuality, the Cold War, and more, only to be read if you are in the mood, but worth it if you are.

The long-abandoned Scottish village of Old Lawers, supposed to be haunted by the ghost of a 17th-century prophetess, is up for sale. More here.

The British Museum Blog takes up historical board games.

Review of a new book by Michael Polan, This is Your Mind on Plants, focusing on the centrality of caffeine to our civilization.

Astronomy photograph of the year finalists, huge images at My Modern Met.

Tesla's autopilot system can prevent some accidents, but it is far from perfect. A series of crashes that took place when autopilot was on raise the question of whether it might encourage the driver to zone out and actually make driving more dangerous. I suspect if we ran the numbers we would find that however bad autopilot might be, people are worse, but the problem of safety measures making people dangerously complacent is a real one, so the question is certainly worth a look. (NY Times)

The K-pop boom was launched by the Korean government to broaden its range of exports. Question: could this be replicated in other places?

Presumably, but the industry is thoroughly abusive and inhumane in how it operates, so what sane and decent person would want to replicate it? Only scoundrels would think to.

I suspect if we ran the numbers we would find that however bad autopilot might be, people are worse, but the problem of safety measures making people dangerously complacent is a real one, so the question is certainly worth a look.

I think we probably already have a lot of useful information, just pertaining to airlines rather than automobiles.

Briefly skimming reports and numbers, airline autopilot clearly improves airline safety, but the same problem of pilots becoming complacent does exist there too. It's not enough of a problem to counteract the benefits of autopilot, but it is a valid concern, and even now there are people pushing for pilots to be placed under greater review and held to higher standards, because we keep seeing pilots fail to manage emergencies when the autopilot fails.

That's the real focal point, I think - when autopilot does most of the work, the human pilot's job becomes to take over in an emergency. But as emergencies are somewhat rare, and as any skill increase which would come from manual flying under normal conditions is lost when autopilot takes over that task, that means we need to be training people specifically in emergency response.

That's going to be true of both aviation and road transportation going forward, I think - as self piloted cars become the norm, we're going to need to adjust our licensing systems, such that instead of focusing on day to day driving, drivers will need to specialize in emergency response. That means standards of both testing and training are going to need to be increased (which, honestly they've needed for a long while to begin with).

As it becomes less necessary for people to have driving licenses in the first place since their vehicles will be able to drive more safely in most cases, licenses themselves are likely going to become harder to get, because human drivers will need to be that much more skilled in order to compete with automation. They will need to be able to do everything the autopilot can and more in order to be relevant.

Personally, this strikes me as a win overall. What matters at the end of the day is reducing the number of accidents, injuries, and fatalities. I'd much rather only the truly dedicated and skilled be allowed to drive in the future, so long as those who lack such talents are still to get around without driving themselves.