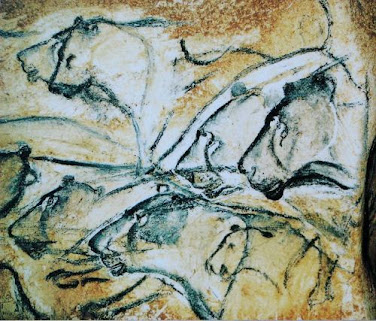 Scott Siskind tries to untangle the costs and benefits of various kinds of coronavirus lockdowns.

Winners of the 2021 Audubon Photography Contest.

The strange experience of seeing your own life in a short story written by a person you've never met.

At the Times, Ross Douthat ponders the French and Indian War, the alternate paths history might have taken, and how we ought to teach children about the past.

One of the winners in Scott Siskind's book review contest covers On the Natural Faculties by the 2nd century AD physician we call Galen, starting from the question: if Galen was a stupid as his modern critics imply, how did he get so famous?

The world of conservative book publishing, quite interesting.

Long, sad Washington Post story about trying to keep students learning through the pandemic at an elementary school  in the poorest part of town.

Review of a new history of Central Asia by Adeeb Khalid, focusing on the period since the Russian conquest.

Roughly 1,000 people a day are fleeing Hong Kong. Many are going to Britain, which offered them something like open entry. I wish the US would do the same; surely the people fleeing Hong Kong now have an economic potential as great as any migrants in history. (Washington Post)

The dismissal of Bill Cosby's conviction shows again the extraordinary power of prosecutors in our justice system. (Washington Post) On the other hand this problem is even worse in other countries, such as Japan, where hardly anyone indicted by a prosecutor is ever acquitted. Some European countries have "investigating magistrates" who lead criminal investigations, rule on all preliminary matters like search warrants themselves, and then serve as prosecutors in any eventual trial. The powers of a modern state in criminal matters are simply vast, and somebody has to wield them. But we should never put complete in trust the people who do.

The latest ploy to get Californians to support more controlled burns in their forests is to call it an "ancient American Indian practice." Which is even true.

"More than 93,000 people died of a drug overdose in the U.S. last year — a record number of cases that reflects a rise of nearly 30% from 2019, according to new data released by the Centers for Disease Control and Prevention. Officials say the increase was driven by the lethal prevalence of fentanyl, as well as pandemic-related stressors and problems in accessing care." (NPR)

The "conservators" who claimed to have discovered a hidden 17th-century wall painting while restoring a church in 1940 actually painted it themselves.

An attempt to model the population history of Easter Island using radiocarbon dates – a very iffy business – finds that the population kept growing right up to European contact, so the destruction of all the island's trees did not create a crisis for the people. Interesting if true.

If the climate change alarmists are right, CO2 emissions are about a million times more dangerous than police violence. So why, asks Ezra Klein in the Times, is the climate movement so peaceful and passive?

And one more Scott Siskind, reviewing a book on the global spread of American ideas about mental illness and asking, "does naming and pointing to a mental health problem make it worse?"

Ahh, my old friend, the great blue heron. It's a little surreal to see them without a fear of humans.

Looking at satellite imagery, it's clear they have abundant natural habitat in the area. I guess they've just found the inhabitant of Amsterdam to be good and generous hosts who treat them well, allowing them to grow comfortable around and among humans. Certainly the places I've lived with similar wetlands supporting large populations of herons, the local human populace was far too hostile to their presence for such a symbiotic relationship to arise.

"If the climate change alarmists are right, CO2 emissions are about a million times more dangerous than police violence. So why, asks Ezra Klein in the Times, is the climate movement so peaceful and passive?"

I would also think that the dangers of CO2 emissions are simply far less "visible" to the average person than the dangers of jackbooted thugs in uniforms kneeling on the necks of suspects and mocking them as they die begging for mercy.

What does CO2 danger even look like? How is it measured? Is the danger of CO2 calculated by predicting deaths from climatic events like floods, severe storms, etc, which CO2 emissions contribute to? Because the average person seemingly struggles to shift blame down the chain of causation - they will get upset about a direct causal link like floods, and will complain about the government not doing enough to prevent or respond to floods - but at the same time, they won't complain about the indirect causal link of CO2 that contributed to those floods, because in their minds they don't see those things as connected.