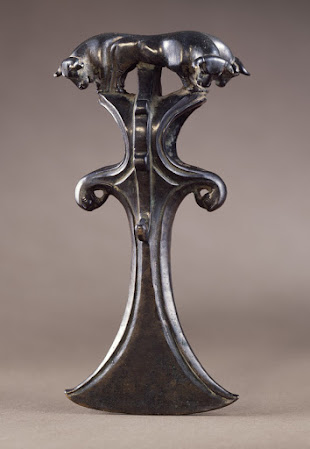 Amazing collection of historic fans made by Hugenot fan-makers in London.

The political struggle over homelessness in Los Angeles. (NY Times)

Estimating the cost of interruptions on in-school learning, via PA announcements and so on; according to these authors it amounts to 10-20 days/year in some schools.

Vaccines are not preventing the spread of new Covid-19 variants but they are dramatically reducing deaths.

The rich life around undersea volcanoes.

The twentieth-century London tradition of "beanos", in which workers from certain businesses hired buses for one-day vacations in the country.

What happens when the ideas of political scientists escape from the academic world and spread in popular culture.

Long argument that a modified version of Mordehai Milgrom's MOND theory of gravity explains the rotation of galaxies and other cosmological problems much better than Dark Matter theories. Like this author I am extremely skeptical of entities like Dark Matter that nobody can detect or measure and wonder why physicists are so devoted to them.

The vast cultural gulf between Africans and African Americans, sort of a grab bag article but parts are interesting.

The USS Gerald Ford, our newest aircraft carrier, was commissioned in 2017 but still hasn't been deployed and won't be until 2022. The Navy just admitted that the problem was trying to install 23 new, untried technologies at once, from new radars to new elevators.

Brett Stephens, who holds the establishment conservative slot at the NY Times, has lunch with likely future mayor Eric Adams and likes what he hears: little ideology, a lot of pragmatic talk about fighting crime and shoring up the tax base. In America, pragmatic talk almost always beats anything that sounds like ideology.

One quirky archivist's 14 favorite objects in the British Museum.

What Hannah Arendt actually said about totalitarianism and truth.

Wondering why the Dominican Republican has done so much better economically than Haiti; in 1960 they were poor to roughly the same degree, but since then the DR has grown smartly while Haiti has stagnated, and the DR's GDP per person is now about seven times as high.