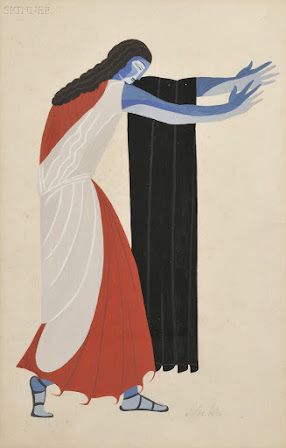 Costume design for Seven Against Thebes, 1927
Alexandra Exter (1882-1949) was Russian/French painter and designer of stage sets and costumes. Born into a wealthy family in what is now Poland, she moved to Kiev as a girl and studied painting there. Like many other Russians she initially welcomed the Revolution, designing banners for Bolshevik parades and the like, but in 1924 fled to Paris. I can't remember ever hearing of her until today, and the web sites give her titles like "Russia's least known great artist." She painted a lot of abstract canvases but they don't do much for me; I like these figural works much better. 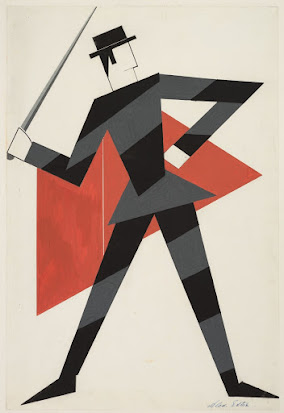 Swordsman for Othello, 1928
In Paris Exter started signing herself "d'Exter", got involved in the Russian emigre community and did a lot of theatrical work. 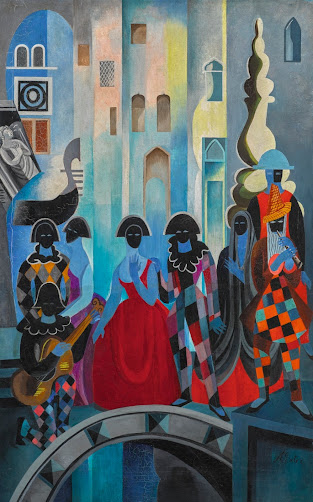 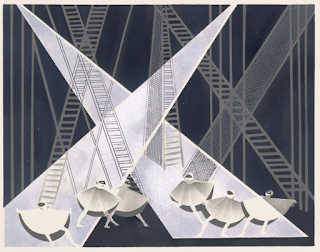 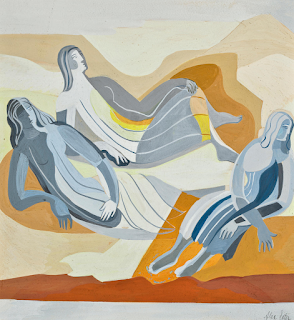 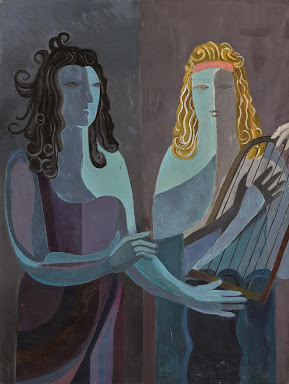 Two women with a Lyre
Posted by John at 8:37 PM

I love the Art Deco flavor of these works!