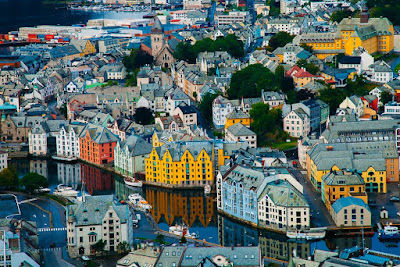 Ålesund, Norway is a small city on the west coast, occupying a string of seven small islands in a district of fjords. 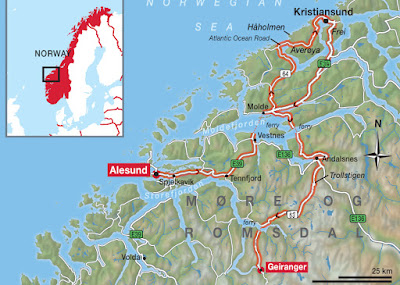 Map, showing the shattered topography of the fjord district. 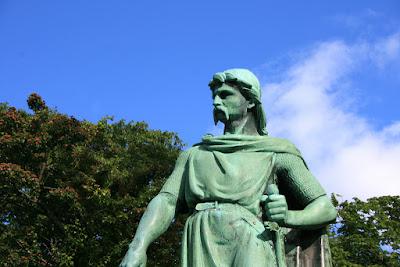 The city now has about 50,000 inhabitants. It is not a very old place; it hardly existed at all in 1800. But it is said that Rollo, the famous Viking founder of the Duchy of Normandy, came from these parts, and there is a statue of him in the town. 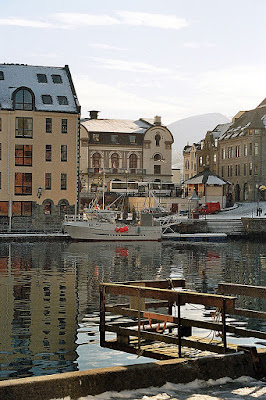 Norway's towns used to be built almost entirely of wood, and every once in a while one would burn in an awful conflagration. One of the worst such disasters struck Ålesund on the night of January 23, 1904. The town was almost entirely destroyed, 10,000 of its 11,000 citizens rendered homeless. The disaster touched people across Europe and aid was sent from many directions; Kaiser Wilhelm II sent three German warship loaded with tents, blankets and other supplies. 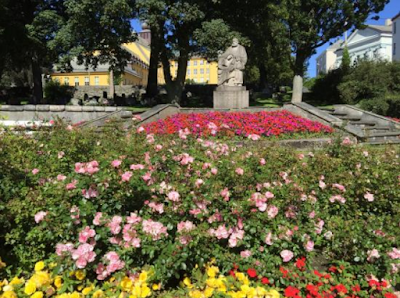 According to the official promoters of Norwegian tourism,


Every year, at quarter past two in the morning on 23 January, town fire enthusiasts assemble from far and near to follow the fire’s footsteps through the town. 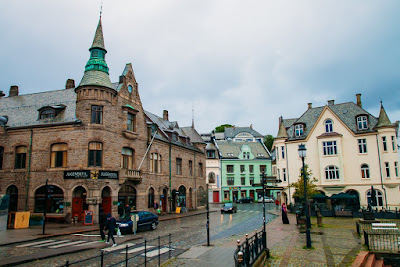 Over the next three years the town was entirely rebuilt. A decision was made to carry out the whole reconstruction in a single style: Art Nouveau, known in Norway by its German name of Jugendstihl. As a result the town center has a remarkable unity of style. Not that the buildings are all the same; 30 different architects worked on the project. According, again, to the esteemed promoters of Norwegian tourism, Norway was in a deep recession at the time so just about all the architects in the country were available to help. 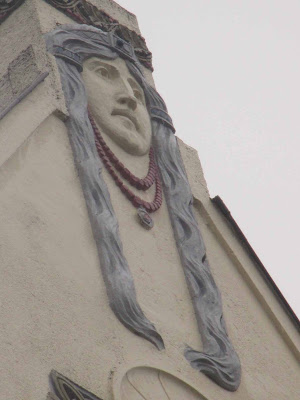 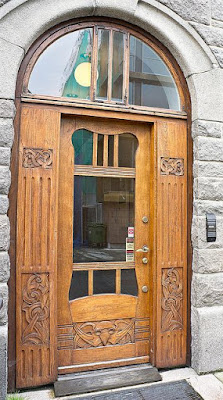 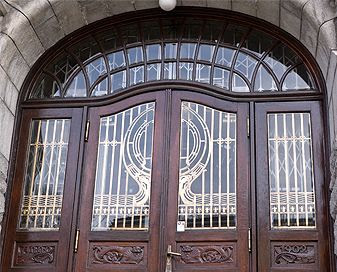 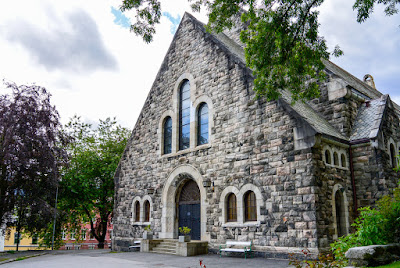 The most famous building in town is the A
Ålesund church. Nothing special on the outside, 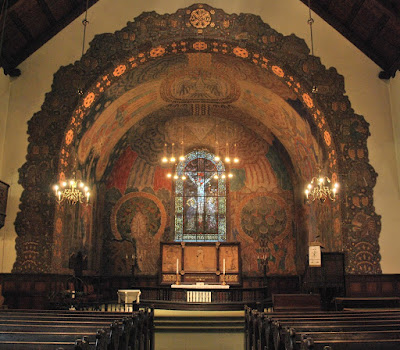 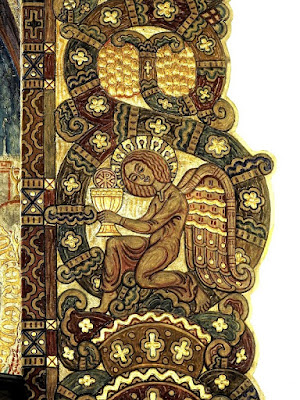 But the inside boasts a famous Art Nouveau murals 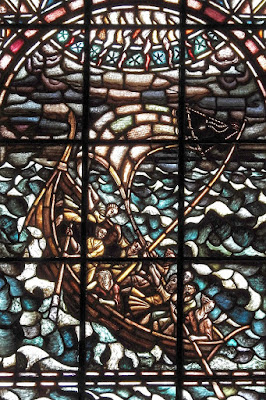 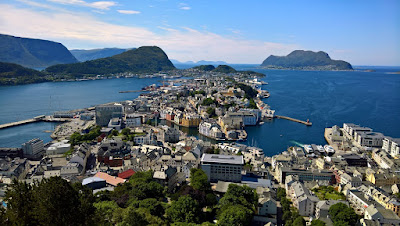 Once you've explored the town, you can venture out into the countryside, starting with a jaunt to the hill from which just about every picture of Alesund was taken. 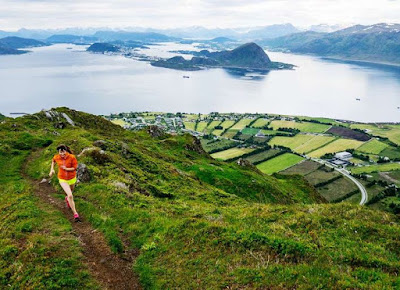 There are splendid hikes in every direction: on islands farther out toward the ocean 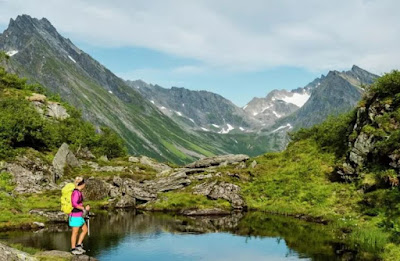 and inland in the moutains of Sunnmøre. 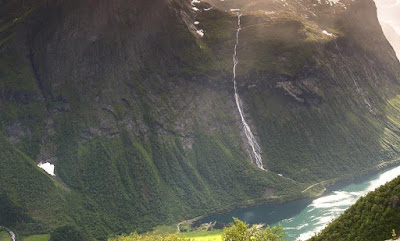 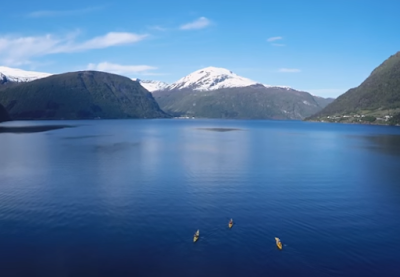 You can also kayak through the fjords. 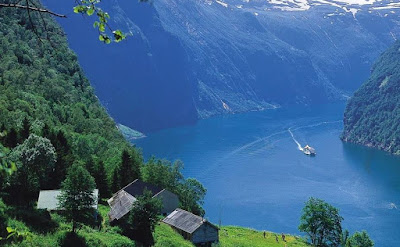 Seems like an amazing place to spend a few summer days.
Posted by John at 8:22 PM

Great post. thank you. It's a surprisingly beautiful town, full of art.
I made a presentation years ago ( must be rather out of date now):

Thanks -- lots of great pictures there.