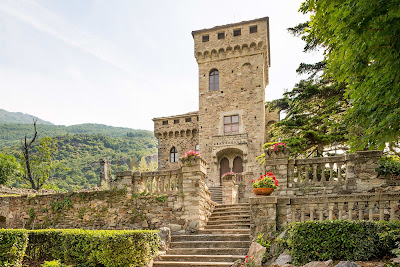 It seems like everywhere I have gone on the web this week I have been haunted by an ad from Sotheby's featuring castles for sale. (NY Times version here.) I guess my online profile -- regularly writing about old architecture and art auctions -- makes me part of the target audience. If only I had money! 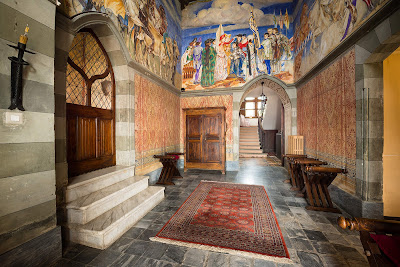 So I eventually decided to click on the ad, and I'm glad I did. This is no piece of slimy clickbait, but a fascinating look at some of the noble properties still in private hands in Europe. My favorite is this one, Castello di Montestrutto, "On the old road to Aosta from Turin at the foot of the Alps." First built in the 13th century, it was completely rebuilt around 1900 for a rich patron. Comes with 1100 acres of lovely Italian countryside. Price $1.8 million. 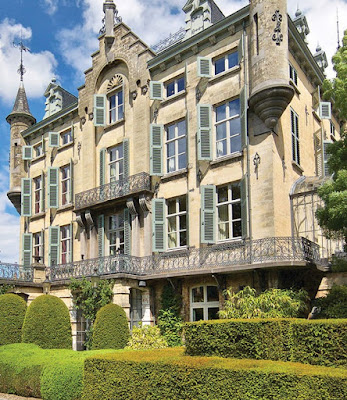 But if that's not your taste, Sotheby's also has Gronsveld Castle in the Netherlands, "built in stages between 1250 and 1880," and renovated recently enough to have a gleaming modern kitchen. 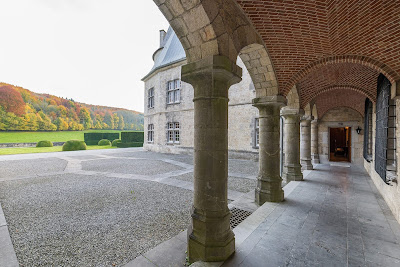 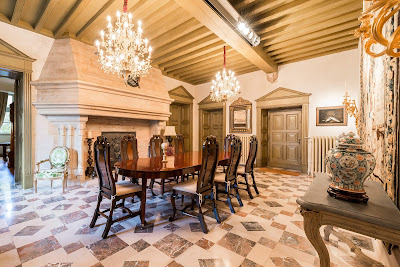 And, rather astonishingly, Chateau de Fontaine in Belgium:


This divine Belgian castle’s foundation dates back to 1275, when it was part of a medieval fortress. Two centuries later, Michel de Fontaine assumed rule of the area and fortress and, astoundingly, the castle has remained structurally intact since.

Plus the 25 acres of grounds were fought over during the Battle of the Bulge. What a time to be a billionaire. 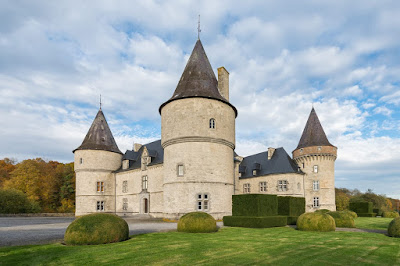 I'll go halves with you on the Chateau de Fontaine!

Good price. But it's kind of like buying a ship: forget the price, can you afford the fuel?

With that in mind, what are the real estate taxes on 1,100 acres? And can I see a utility bill?

Well, it depends on what the land value is. Undeveloped rural land can be relatively cheap to own. And most castles are built atop hilly, uneven, defensible ground, and in Europe are often immediately surrounded not by workable land but by rocks and trees.

According to google maps, the castle in question is on a hill at the base of a spur of the Alps, next to a small town in a narrow valley with a river running through it. Probably most of those acres stretch up into the hills, and are basically worthless.

Also, odds are good there isn't central heating or cooling, so the utilities may be better than you'd think. If most of the castle is simply not climate controlled, then the biggest energy costs will probably be appliances.

Anyways, when you actually look at it, it's actually not much of a castle. Link to a great angle in Google street view here: https://tinyurl.com/ycxl6nf6

@Shadow: likely you get a tax write-off if you leave the land in agriculture, double if the farming is organic, and another one if you preserve the historic qualities of the building.