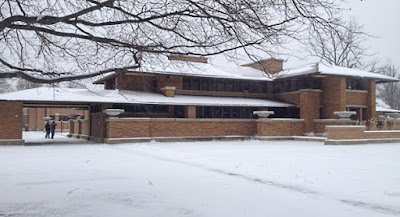 The Martin House is a masterpiece of Wright's Prairie Style, which he developed while he worked in Chicago from the 1890s to 1914. The original design was completed in 1903 and the house was built in 1904 to 1905. 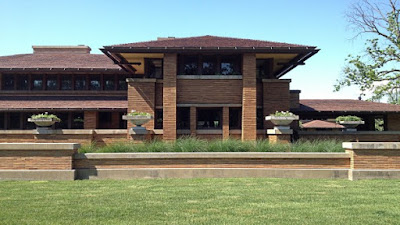 Darwin Martin was an executive for Larkin Soap, and he learned about Wright through his Chicago-dwelling brother William. As soon as he set eyes on the house Wright designed for his brother in Oak Park he decided that he must have his own Wright house. 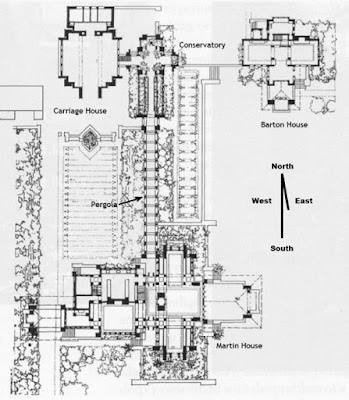 Darwin Martin lived in Buffalo. What he wanted from Wright was not just a house, but a whole complex of buildings, including a separate house for his sister and brother-in-law; according to some writers he grew up lonely and what he most wanted in adulthood was to have his friends and family close. Hence the huge house with lots of room for guests. 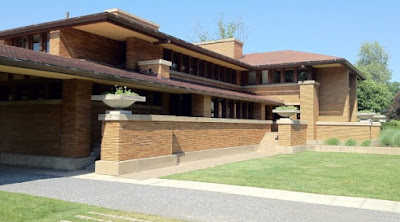 Notice that you can't really see the front door, a common trick of Wright's. 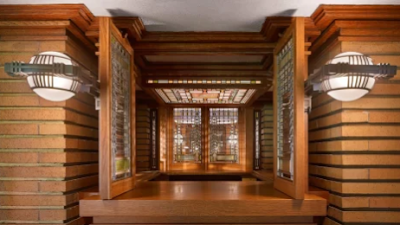 The thing about Wright as an architect is that when he designed a building, he designed everything. 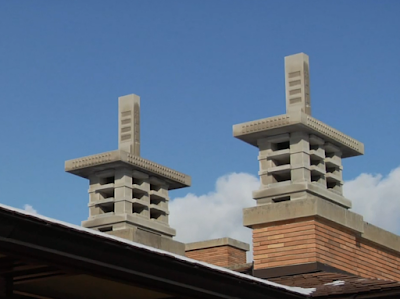 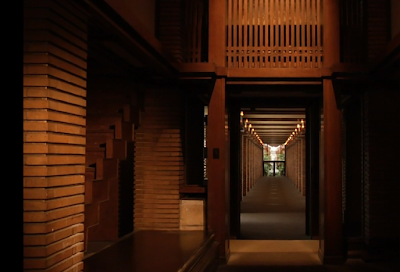 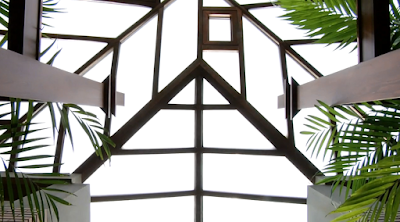 Doors, windows, light fixtures, lamp posts, chimneys, fireplaces, sometimes even the furniture. Even when you don't love the result, you have to admire the lengths to which Wright went to create the look and feel he was after. (These are stills from this video.) 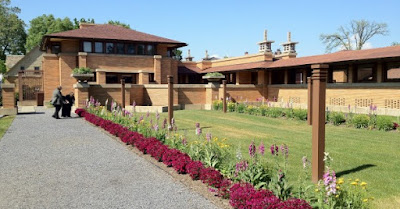 The Martin family was ruined by the stock market crash and in 1937 they had to abandon the house. It fell on hard times and saw service as a home for a college of priests, a collection of apartments, and so on. Parts were completely destroyed. Then in the 1990s a nonprofit foundation called the Martin House Restoration Corporation bought the property and began restoring it to its 1907 appearance. After years of construction the house is now open to visitors, some of whom rave about the tour. 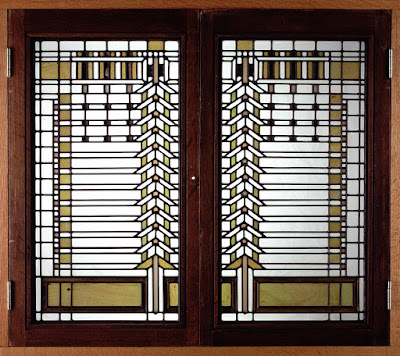 During the house's years in the wilderness many of the Wright windows were pried out and sold, finding their way into museums and private collections across the country. One is in the Museum of Modern Art in New York. One of the foundation's jobs has been to persuade the owners of these wandering windows to return them to where they belong. Some have, but MOMA, of course, has refused; as my son said, "They're like a dragon, they have so much stuff they won't part with a single thing." 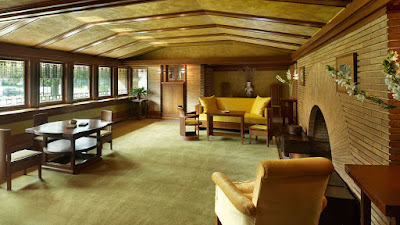 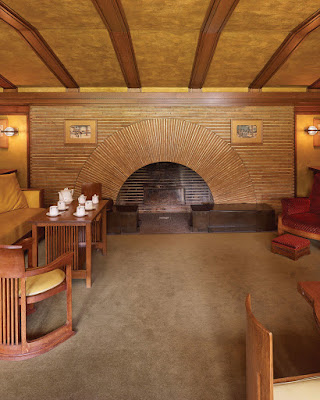 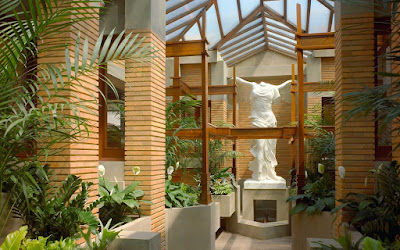 Photos of the restored interior.

Because the house is so wide, the better to blend into the landscape in Wright's scheme, photos won't display well here, so if you want to see the facade you'll have to click on these. 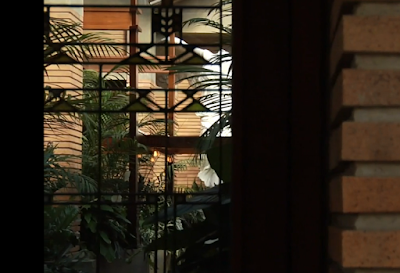 As I have said here before, I like the early stages of modernism: the experimentation with new forms, new materials, new ways of seeing. I just hate that for whatever reason it had to go on until we ended up with Bauhaus and Brutalism. In these houses of Wright's we see a great artist reaching outward from tradition but holding fast to certain old ideas, including domestic comfort and loving craftsmanship of details.
Posted by John at 8:11 AM