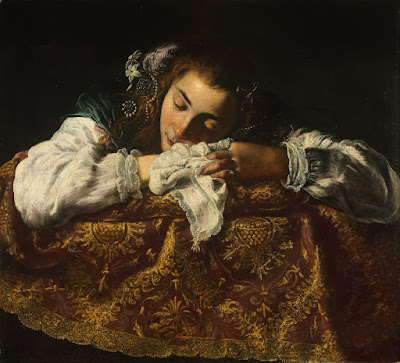 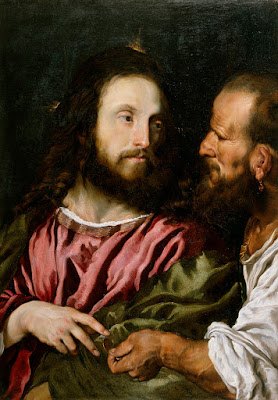 He seems to have been born in Rome, son of an obscure painter. He studied under the Roman painter Ludovico Cardi, beginning around 1604. By 1611 he had begun working for his most important patron, Cardinal Ferdinando Gonzaga, from the family of the Dukes of Mantua. In 1613, after a series of unfortunate deaths, Gonzaga became Duke himself, an unusual combination of titles. Fetti moved to Mantua around 1613 and set up a workshop. Among his assistants was his sister Giustina, who eventually entered a convent where she continued to paint. (Christ and the Tribute Money – that is, he is pointing out the portrait of Caesar on the coin – 1619) 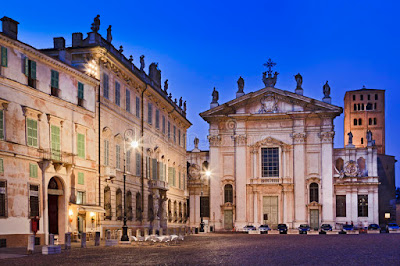 Various sources say that Fetti executed a cycle of frescoes for the ducal palace in Mantua, but apparently not the famous frescoes of which people post pictures online; those are mainly by Andrea Mategna. In lieu of Fetti's frescoes, pictures of the Palazzo Ducale, exterior (above, left) and courtyard . 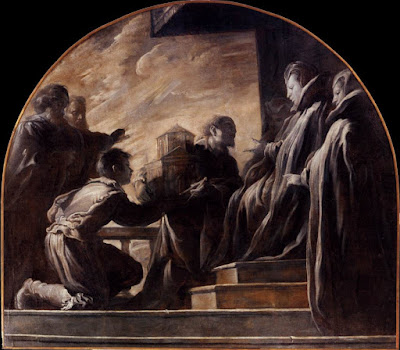 I did find this, Margherita Gonzaga Receiving the Model of the Church of St Ursula, 1615. 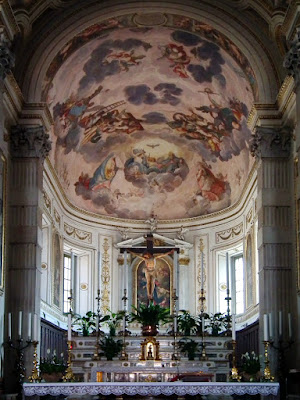 Fetti also did the frescoes in the Apse of Mantua's cathedral, which you can sort of see here. Very Catholic Baroque. 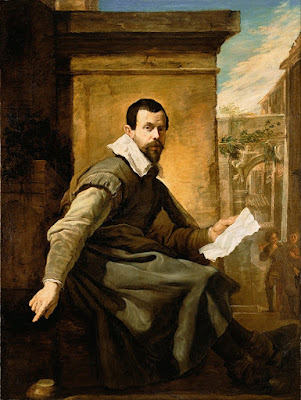 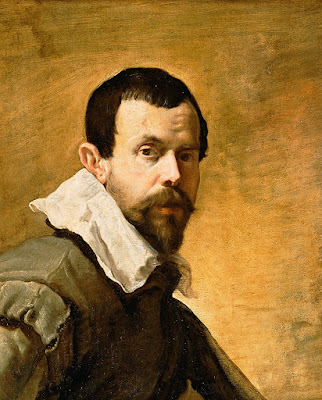 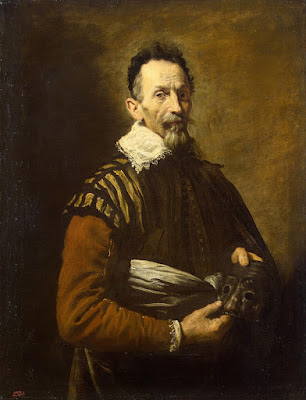 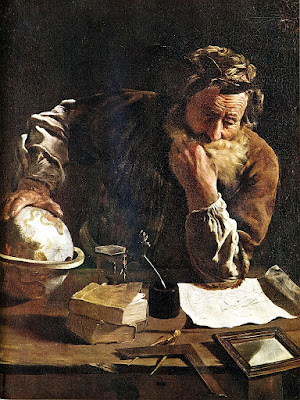 Archimedes, c. 1620. This and the Sleeping Girl at the top of the post are Fetti's most famous works these days. 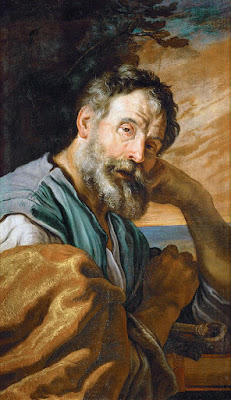 In 1622 Fetti fled from Mantua to Venice. Gossip held that he had fallen into a feud with an important Mantuan cleric after an argument at a football match. Since Mantua was one of those Italian places where feud was a leading cause of death among upper class men, Fetti was perhaps wise; you know how seriously Italians take football. (I say "football" because the modern rules that distinguish soccer from rugby etc. did not yet exist, and every town had its own version.) This is St. Peter Repenting, showing the Venetian use of color that Fetti took up in exile. 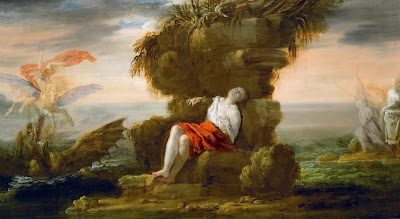 The Cardinal-Duke went to work trying to sooth Fetti's wounded feelings and resolve the feud – that's one of the things noble patrons did, and one has the impression that in Italy this took up a lot of their time – but despite Gonzaga's efforts Fetti refused to return to Mantua. It was in Venice that he died at the age of 34. Perseus rescues Andromeda, 1623. 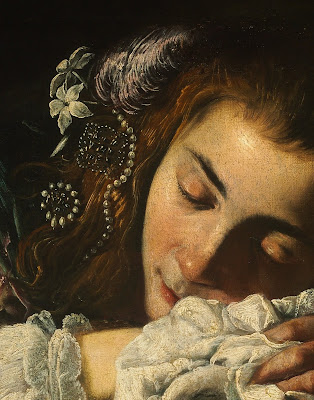 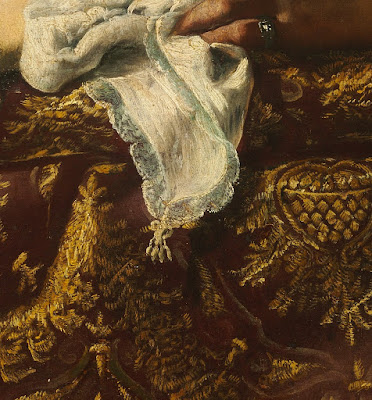