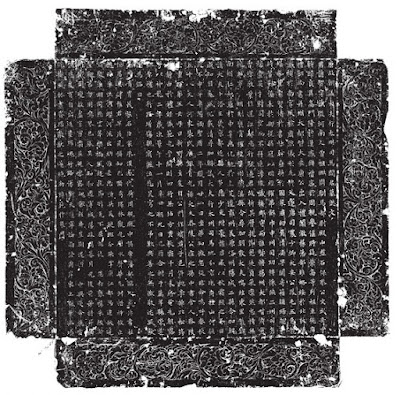 Back in 2002, Chinese archaeologists excavated a tomb within a natural cave near the city of Xian. The tomb dated to around 700 CE, during the Tang Dynasty. Its occupants were named in inscriptions as Yan Shiwei, an imperial official, and his wife Lady Pei. The skeletons had decayed but the tomb contained a variety of interesting objects, including the ceramic "tomb guardians" pictured below. It also contained a long, narrative epitaph inscribed on several polished stones; a rubbing of one of these stones is pictured above. The epitaph has now been published and translated, and the story goes like this: 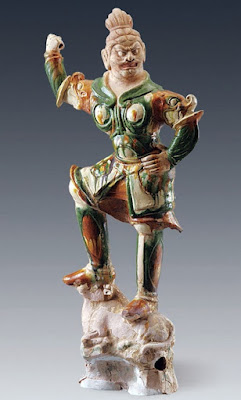 Wu Zetian started out as a concubine of Emperor Gaozong (649-683), eventually becoming his empress and gaining a high degree of influence over him.

After the emperor's death, Wu Zetian declared that she would rule China as Empress Dowager with her son, Emperor Ruizong. The epitaphs say that shortly after her declaration, a duke named Xu Jingye led a rebellion in Jiangdu (modern-day Yangzhou).

"The lord [Yan Shiwei] intentionally broke his own arm to resist the coercion from the rebel, showing that his loyalty to the imperial court had not been shaken," the epitaphs read in translation. [That would be a puzzling act, but I suspect it is a metaphor -- jcb]

In the ensuing conflict the duke's forces were defeated. Wu Zetian claimed power as Empress Dowager, and Yan Shiwei was promoted. "After the rebels were defeated, the lord received his reward. He was promoted to magistrate of Lanxi County of Wuzhou Prefecture and given the title of grand master for closing court," the epitaphs say.

In 690, Wu Zetian declared herself emperor in her own right and founded her own dynasty, which she called the "Zhou."

As Wu Zetian's power increased, Yan Shiwei became one of her favorite officials, taking on those who challenged her authority. The epitaphs say that at one point Yan Shiwei was charged with confronting "powerful families" near the capital city of Luoyang. The texts say that civil disorder was occurring.

"There were more spoiled young bullies in the counties near the capital, and the local officials feared those powerful families," the epitaphs say. Yan Shiwei resolved the situation, although the epitaphs are vague on how he did it, saying that "the lord was strict as the autumn frost, as well as warming as the winter sun, and got the people to learn self-control, and civil order was established."

By 699, Yan Shiwei had become a senior official who "was stationed in the capital area and controlled mountains and rivers." 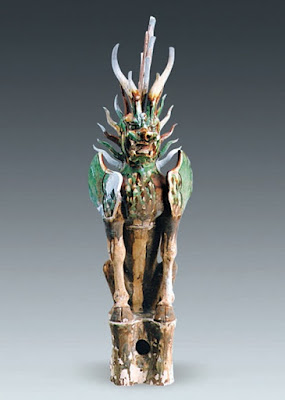 "Controlling mountains and rivers" is a great Chinese term for the power of a very high ranking official. But Yan Shiwei's power was not to last:


"Before he started galloping, a tragedy descended upon him," the epitaphs say. Yan Shiwei's younger brother, Zhiwei, turned against the female emperor. The epitaphs don't specify precisely what Zhiwei did, but the consequences for Yan Shiwei and his family were severe.

Yan Shiwei's wife, Lady Pei, had died a few years earlier, in 691, so she was not killed in the mass execution.

The epitaphs also suggest that murder was not enough of a punishment for Yan Shiwei's supposed betrayal. "The corpse and soul were carelessly buried, it being thought it would never be possible to move them for proper burial."

However, the female emperor was thrown out of power in 705, and died shortly afterward, bringing an end to her short-lived "Zhou" dynasty. The dynasty that had preceded her, called the "Tang," was restored to power.

"The resurrection of the Tang Dynasty brought exoneration [for Yan Shiwei]. Therefore, his remains were exhumed to be buried at his birthplace," the epitaphs say. The "tomb was built to house his remains," the writings say. 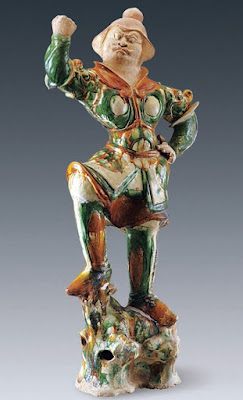 Fascinating. And such a classic move for a new ruler, recovering the victims of his predecessor from their ignominious graves and giving them proper burial. 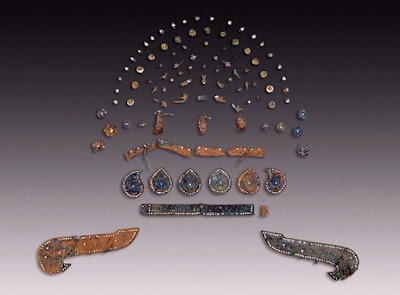 The remains of Lady Pei's headdress, and below, a mysterious figurine of a female rider. Because of the habit of leaving long, detailed epitaphs like this one, Chinese archaeology has added a lot to the historical narrative of the Middle Kingdom. 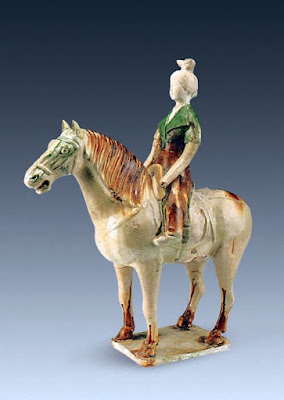